On December 8, Unstable finally joins the silver-bordered family as the third "Un-set." After thirteen years of speculation (and six years of design, much of it by Mark Rosewater's toaster), Unstable is one of the most anticipated sets in recent memory.

It's amazing. Let's take a closer look at what to expect and how to best promote it.

Unstable brings a lighthearted, humorous fantasy world to life that will enchant your players and stretch the limits of what Magic games can do. It's designed to be drafted and can be combine with the other silver-bordered sets but provides the best experience drafted by itself.

What will excite players the most?

The long-anticipated Contraptions (an artifact subtype teased in Future Sight) are a reality and the infamous Steamflogger Boss (for ten years, the only card to refer to Contraptions) returns in black border—one of six black-boardered cards in the set. 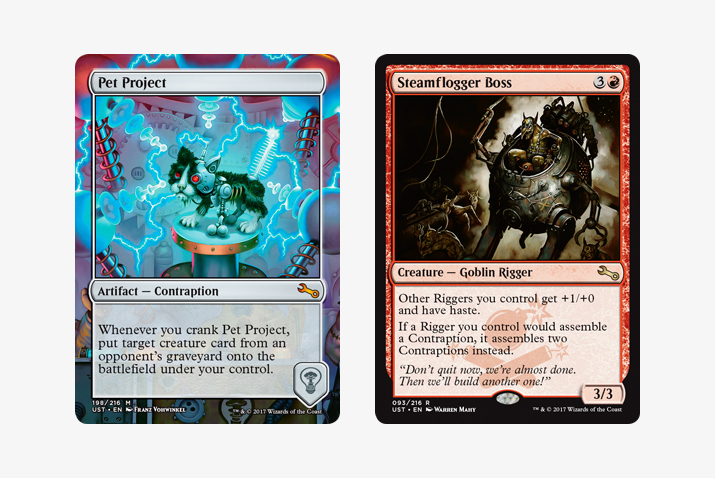 Also, if the art on Pet Project looks familiar, that's because you've seen it on one of the Draft Weekend mini-posters—along with art from eight other cards, which together make a single piece. 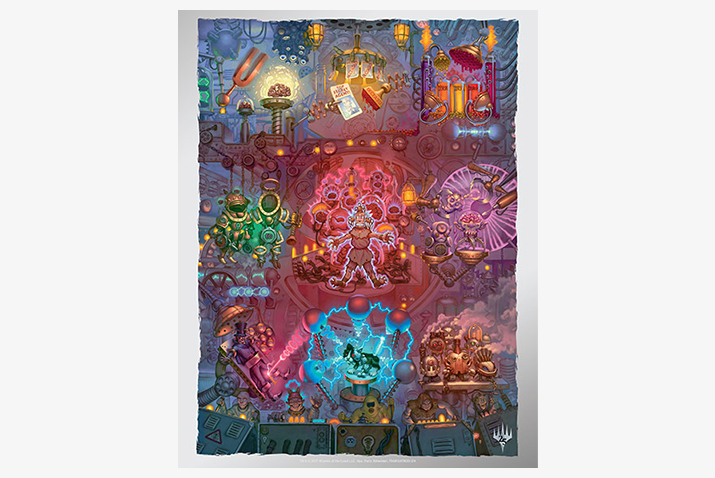 Quite possibly the most legendary character from Magic's past finally gets a Planeswalker card…with a twist. 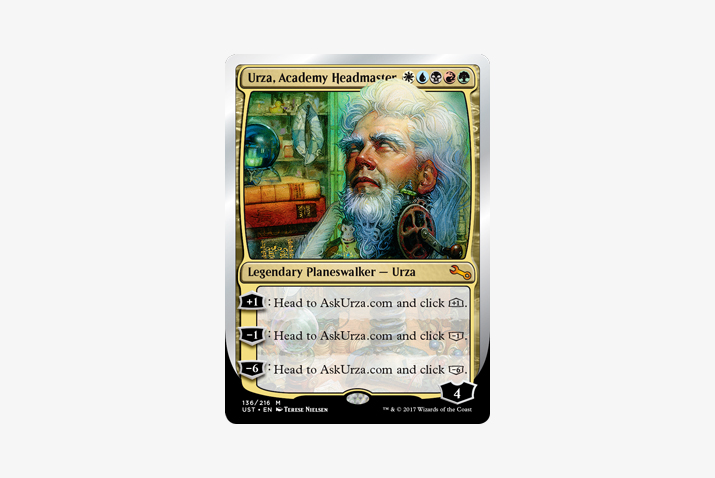 There's a squirrel subtheme in the set, including a squirrel lord as the Draft Weekend promo! 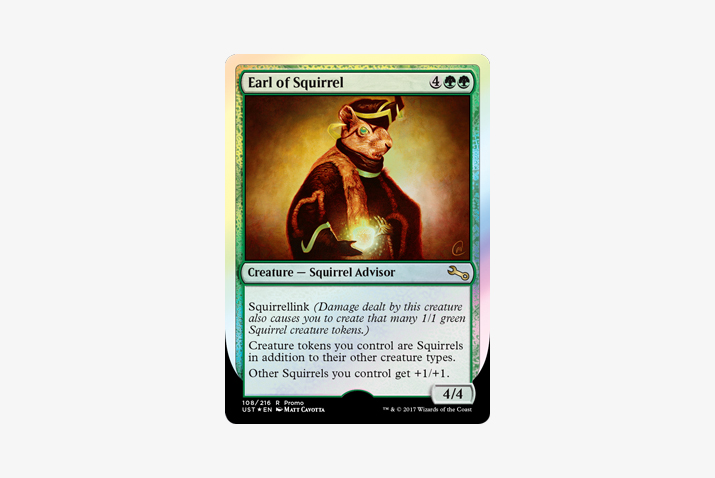 More ways to affect a Magic game with outside boosters! 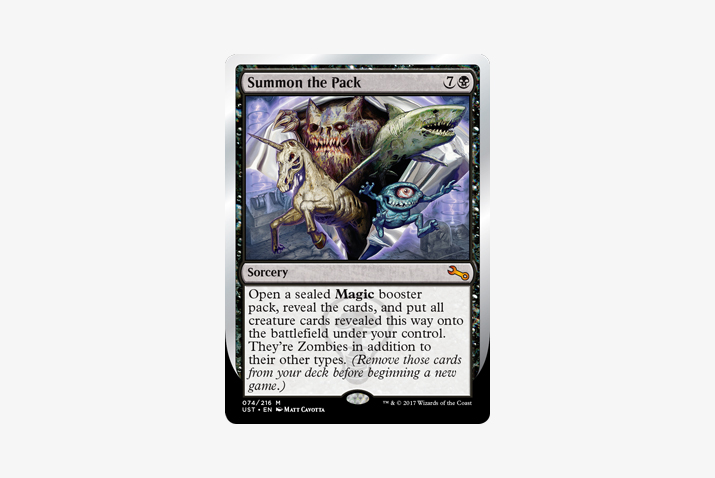 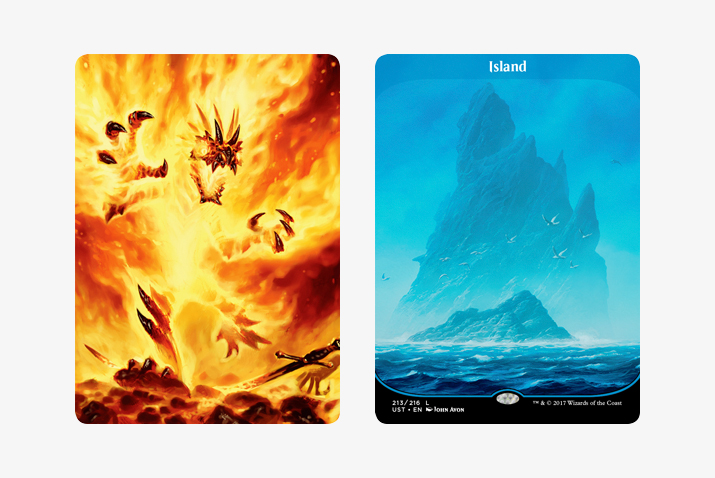 These cards are silver-bordered, which means they aren't tournament legal (except basic lands and tokens, which are). But that won't stop players from collecting and playing with the cards in casual games.

Unstable improves upon its silver-bordered predecessors by going through the riggers—pun intended—of a full development cycle focused on providing a fun, replayable draft experience. 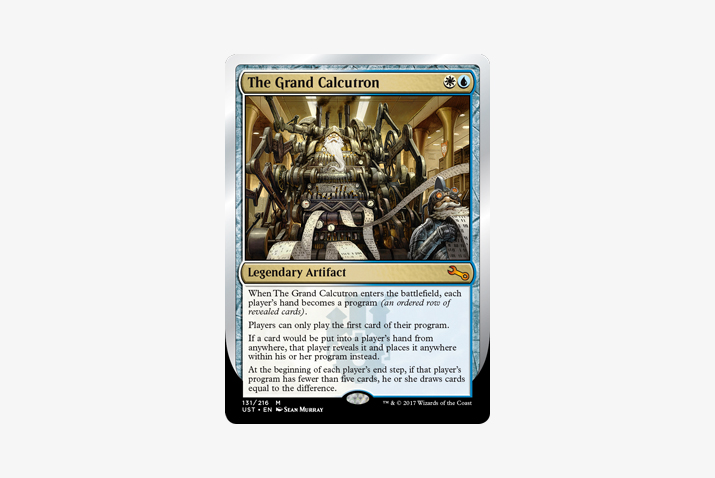 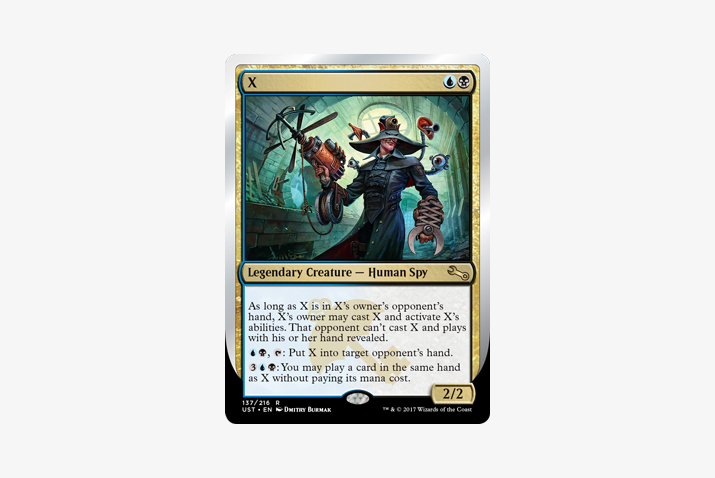 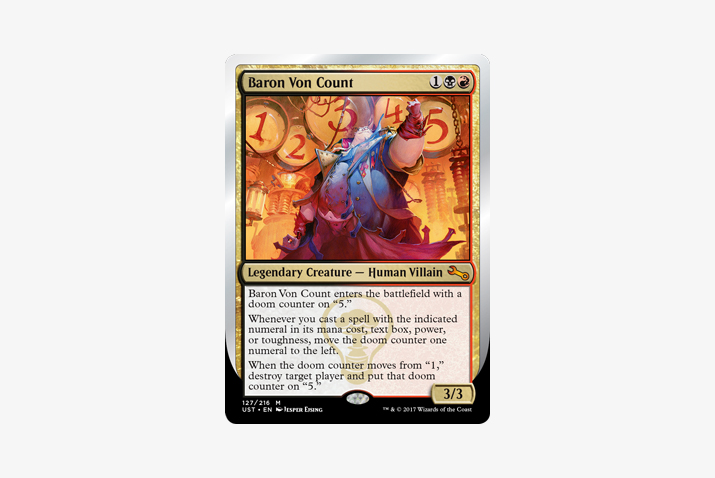 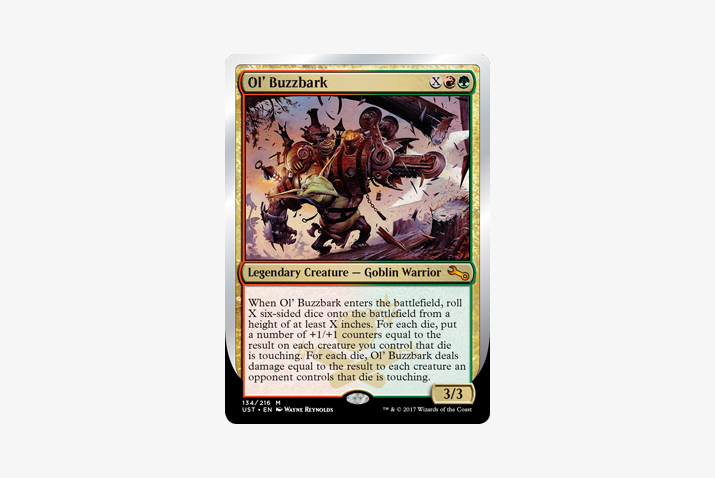 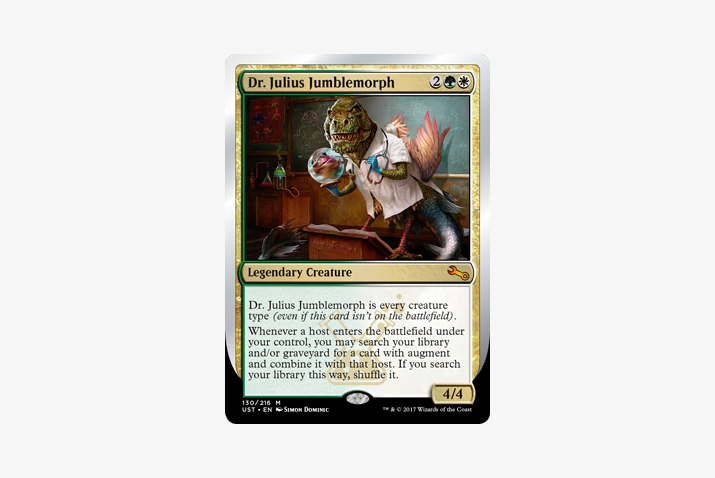 Now that you know some of the key marketing elements, it's time to start promoting Unstable Draft Weekend!

As previously mentioned, Unstable is designed to be drafted. What better way to celebrate the release than with a weekend filled with Unstable Booster Drafts?

Make sure you have enough product to support this weekend of socializing and wacky fun. Contact your distributor or Wizards Direct Sales to order Unstable today.