4 Perks You Get For Running Standard Showdown

4 Perks You Get For Running Standard Showdown

Talia Armato-Helle, Wizards of the Coast

Guilds of Ravnica is open for scheduling, and we’re on a mission to get as many Standard Showdown events on the calendar as possible. Standard play is always crucial to a new set’s success, and we want in-store Standard to be both abundant and abundantly supported by Wizards.

Too many stores are missing out on that support—almost 30% of all Standard events get no promotional material from Wizards.

If your events make up a part of that percentage, here’s a look at what you’re turning down:

A Guilds of Ravnica Preview Card

Last week, stores participating in Core Set 2019 Standard Showdown found a small thank you in their inboxes: a preview card* from Commander 2018, which they’re free to share with players online and in their stores.

If you missed out, don’t worry—we’re doing it again for Guilds of Ravnica. Sign up and you’ll get the card via email on September 17. (This date may change.)

*Preview cards, not to be confused with promo cards, are digital images used to build excitement for upcoming products by revealing their contents.

As Many as 270 Rares and Mythics—Plus Foils

Some quick math: there’s ten weeks in the season, and there’s at least three rares or mythics in each promo pack. At nine packs per week, an Advanced Plus store gets a minimum of 270 rares—well over a case worth—and Advanced store gets 180.

And that’s just the rares. There’s foils, too, plus a cycle of panoramic basic lands illustrated by Alayna Danner. 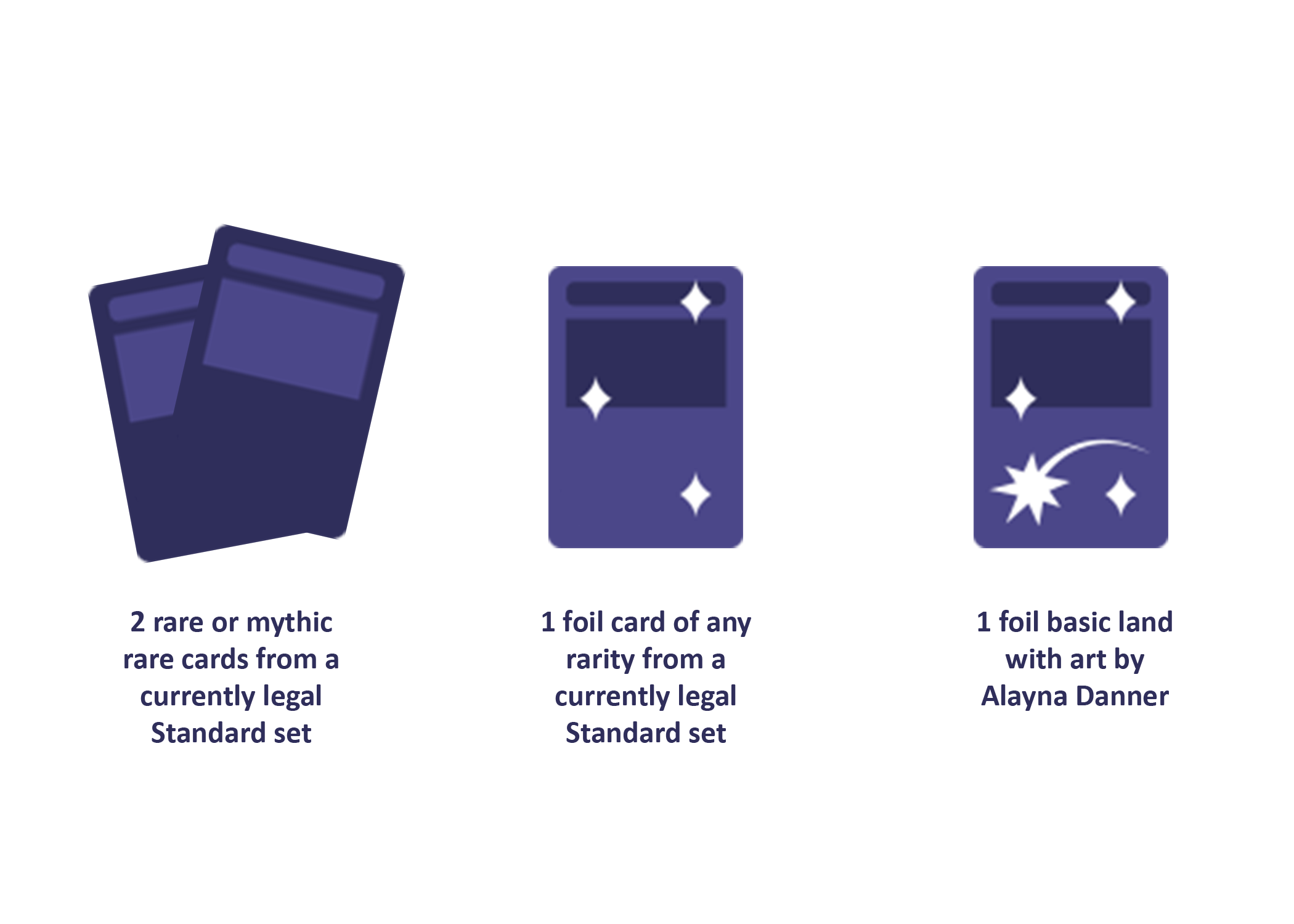 Obviously the promo packs are a good incentive to run Standard showdown.

But there’s another kind of support from Wizards that’s a little less obvious: your event will appear in our Store and Event Locator, and all of our advertising will point players to it.

That's a big part of why Standard Showdown helped boost Standard attendance by 63%—virtually overnight—and why it’s important to us that stores participate, rather than run Standard events without support from Wizards. If you run Showdown, it’s easier for us to help drive your attendance.

When we focus on a specific event with a specific format, we can put our full weight behind it. We can segment our audience better. We can hype it up on the Magic website. We can give a simple message, and a decisive call to action, in every channel available to us: go play Standard Showdown and get sweet promo packs.

Run Standard Showdown and you've got Wizards' marketing engine working for you. Run Standard in just about any other form and you're on your own.

Some of this is probably unrelated to Showdown. Stores with bigger Standard communities are likely have bigger communities overall. Hence, more drafts.

But even among stores with modestly-sized player bases, weekly Showdown events are associated with higher draft attendance. One likely reason is that Standard fans—or fans drawn to Standard when a new option appears, like Showdown—need front-list product. Drafting is a good way to get it.

Especially considering the prize pack contents are all Standard-legal.

2,972 stores have already signed up, and they’ll all be getting these perks.

If you want them too, all you have to do is log into WER and sign up.