7 Cards That Can Help You Prep For GRN

7 Cards That Can Help You Prep For GRN

We’re almost back on Ravnica, and that means players are geared up and ready to stand with their guild of choice.

Let’s look at some of cards the define Guilds of Ravnica—and what they tell TOs and retailers about how to prep for it.

Maybe Izzet suits their play style, maybe Dimir suits their personality. Or maybe they just have fond memories of pummeling opponents with endless tokens in Selesnya. Whatever it is, every player has their guild. I’m Gruul.

The takeaway for TOs and retailers is this: get each player’s guild preference when you take preregistration, and start right now.

Inside each Prerelease pack is a guild-themed seeded booster, featuring only cards associated with that guild. And each one has a promo-stamped rare or mythic, which means each one is could potentially contain the guild leader. 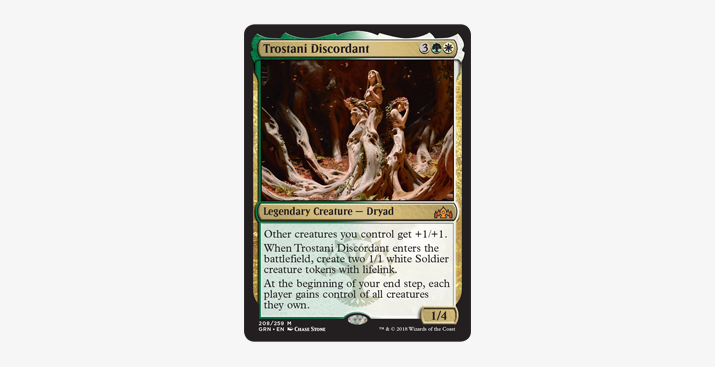 Trostani heads the Selesnya Conclave and puts all the cornerstones of the Selensya game plan—anthems, lifegain, going wide—into play right off the bat, plus she protects against Control Magic effects (a nod to the Commander crowd). 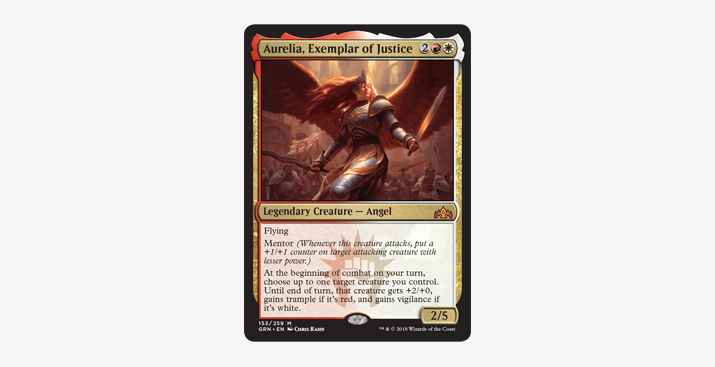 As Ravnica gets more and more dangerous, the militaristic Boros Legion can afford no weak links. That’s why longtime leader Aurelia’s got multiple ways to buff your team, or she can get the job done herself as a de facto 4/5 flyer with trample and vigilance—all for four mana. 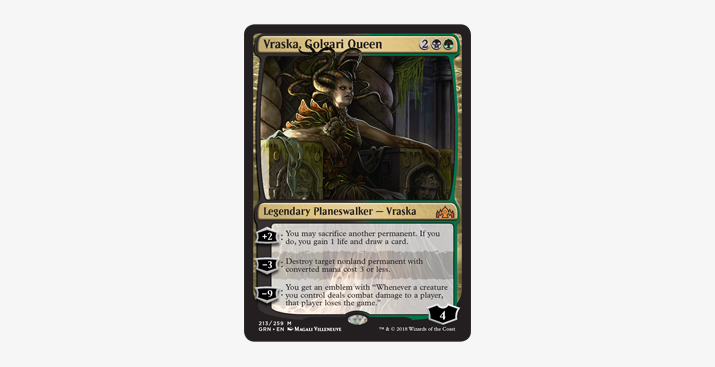 Freed from Ixalan, the once-pirate Vraska now leads the Golgari. She’s got two ways to protect herself—either drawing answers or being one herself—and if she sticks around enough, her ultimate can bring the game to an abrupt finale. 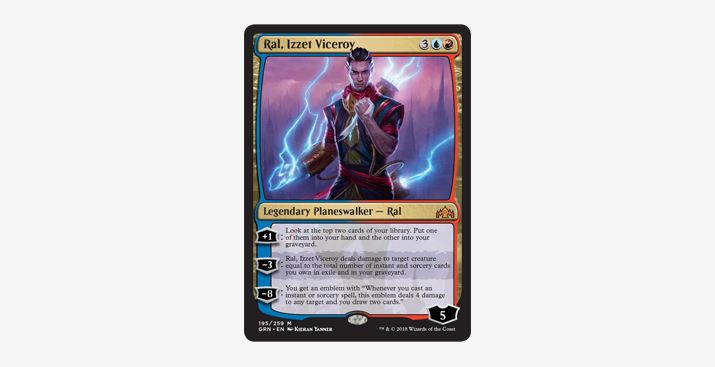 Befitting of an Izzet leader, the guild’s new boss is a master of instants and sorceries: his +1 is a once-per-turn Sleight of Hand, and his minus ability is essentially Spite of Mogis.

Find tons of Ral-related marketing materials page here for help spicing up your play space and boosting the Guilds of Ravnica advertising at your store. 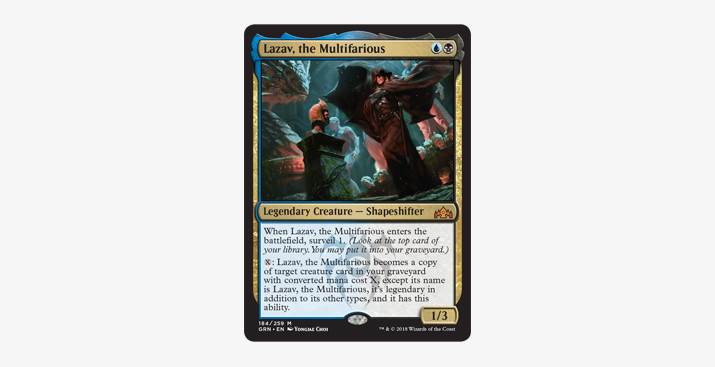 Here’s a unique effect worthy of the secretive House Dimir: Lazav, The Multifarious disguises himself at will, and at instant speed.

With Guilds of Ravnica, the Prerelease Early Sale Promotion goes for a perfect 3-0. Impervious Greatwurm should help. It’s the Buy-a-Box promo, it’s not found in booster packs, and it’s every Timmy’s dream—the single biggest tournament-legal creature ever printed. 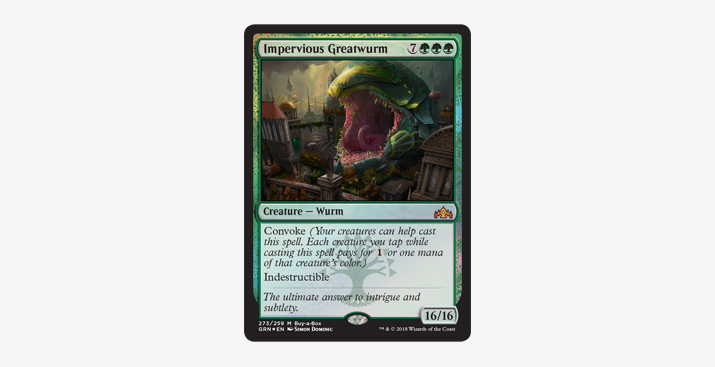 Swing by our marketing materials page and get ready-made ads for social media, plus table tents, posters, and more, all to help you get the word out and sell through those advance boxes: preorder a Guilds of Ravnica box now, pick it up at Prerelease, and get a Standard-legal rare not found in boosters. 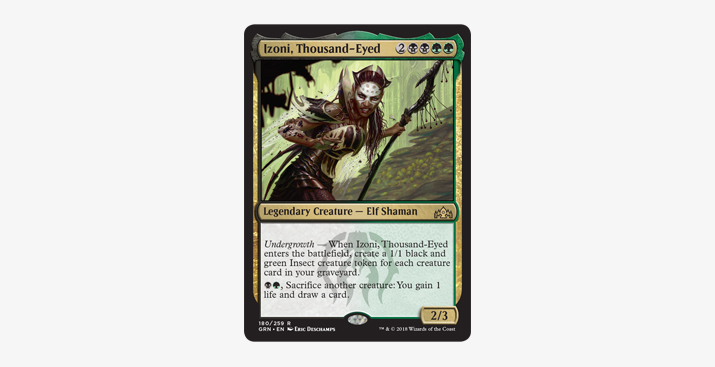 Izoni is in the Golgari Guilds of Ravnica Guild Kits, along with black/green all-stars from all Ravnica sets. Each Guilds of Ravnica guild gets a deck, and all five release November 2, just before Ravnica Weekend starts on November 9.

A few things you should know about Ravnica Weekend: it’s three days of 4-pack drafts, Guild Kit Battles, and roleplaying with Guildmasters' Guide to Ravnica, the upcoming Magic/D&D crossover. (You’ll get a preview adventure about a week beforehand.) Reward participation with guild banners and guild-themed foil basic lands, which will arrive around October 5.

These cards make Guilds of Ravnica a set that players will remember. Get ready now: start taking preregistration, advertising the Prerelease Early Sale Promotion, and lining up your event suite for Ravnica Weekend.