8 Cards that Take RIX to the Next Level

8 Cards that Take RIX to the Next Level

Ixalan’s shores have been crashed, its treasures plundered and its jungles explored. Now it’s time to conquer the ancient city of Orazca with Rivals of Ixalan.

Players worldwide will be staking their claim on the golden city this weekend at Draft Weekend. Like its predecessor, Rivals of Ixalan (RIX) emphasizes Ixalan’s resonant setting to create an immersive play experience for players.

Let’s explore how RIX expands on these themes:

Each of the four Ixalan factions are back with new cards and synergies to strengthen their respective deck archetypes. As the second set to feature these creature types, you can expect these factions to surge in power during the upcoming Standard season.

The ferocious dinosaurs of the Sun Empire are back and they’re madder than ever. Enrage offers value whenever the creature takes damage allowing for repeatable combos and rewarding combat. RIX introduces a new cycle of elder dinosaurs that demonstrate the raw, primal power of this faction. 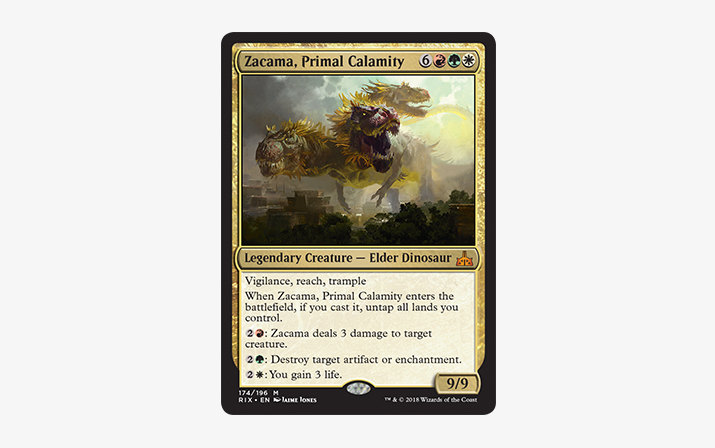 Raid is still central to the pirate game plan, encouraging players to attack early and often. New low-cost creatures and efficient combat tricks allow you to keep pressure on your opponent from the first few turns to the last point of life. 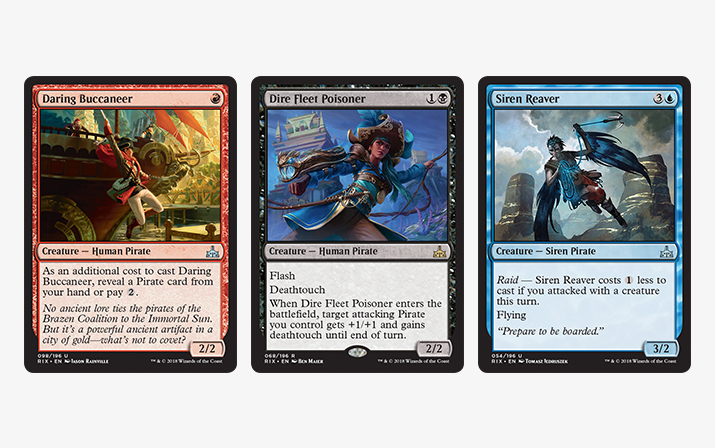 Conquest is life for the affluent vampires of the Legion of Dusk. Precise removal, life gain, and creature growth allow this faction to slowly but inevitably win the day. 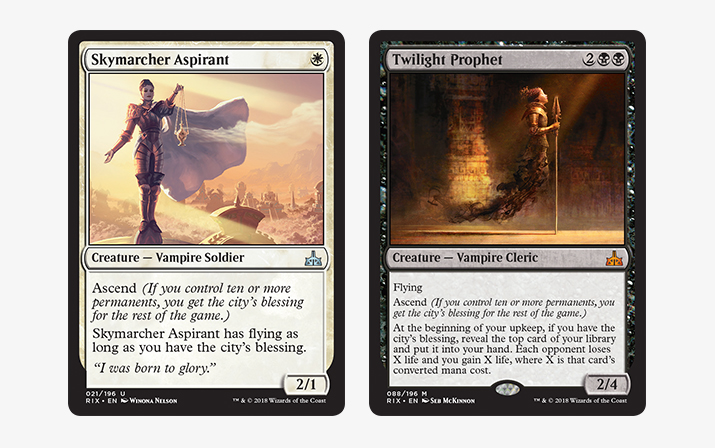 For the more exacting player, the merfolk of the River Heralds use +1/+1 counters to slowly grow their creatures while slipping under the radar with evasive abilities.

Rivals of Ixalan introduces a new mechanic: Ascend. A player who controls at least ten permanents and at least one permanent with Ascend will be granted Orazca’s blessing until the end of the game. Those in the favor of the golden city will gain powerful bonuses and abilities from certain cards in the set.

This ability rewards players for staying the course and working towards a mid-to-late game goal. 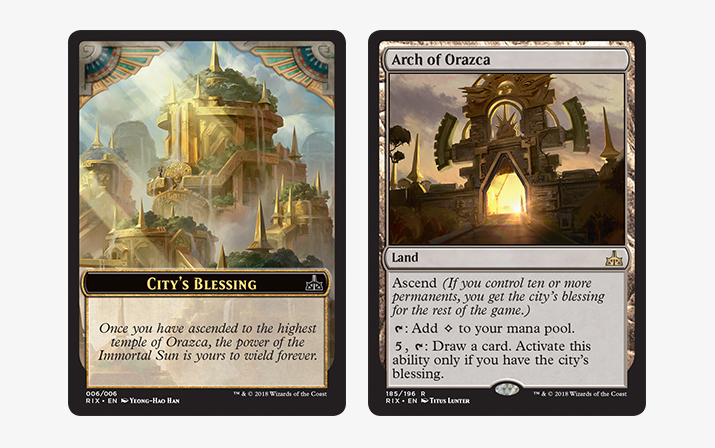 Flip-lands and the Explore mechanic return as well, expressing the exploration and discovery themes of the Ixalan block.

Emulating powerful lands from Magic’s past (like the callback to Tolarian Academy below), flip-lands give players a significant leg up after they’ve met certain game conditions. With RIX, we also get our first multicolored entries in this category. 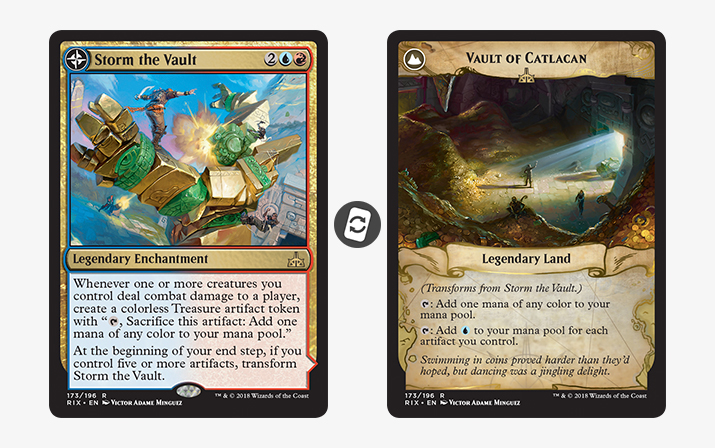 The next stop for players in the Rivals of Ixalan season is Draft Weekend, with Magic League kicking off the following week. Make sure you’re well stocked on boosters for continuous drafts all weekend long, and be sure to invite players back for Magic League, FNM, and Standard Showdown.