The Benefits of Coordinating Your Area PPTQs

The Benefits of Coordinating Your Area PPTQs

A player can't be in two Preliminary PTQs at once.

That's why organizers from Cincinnati to Portland are making community-sourced PPTQ calendars to create bigger events and better experiences for players. 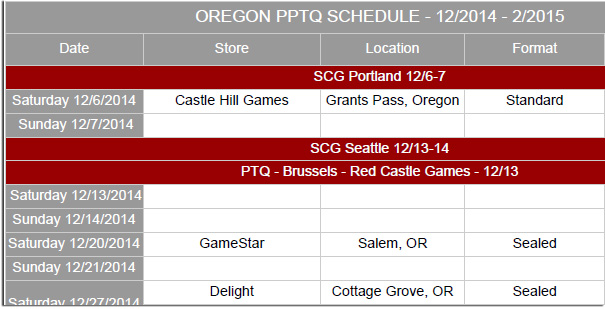 How They're Doing It

Minh Vu is the only Level 2 judge in Cincinnati. So when PPTQs were announced last November, Minh suspected his profile was about to improve. 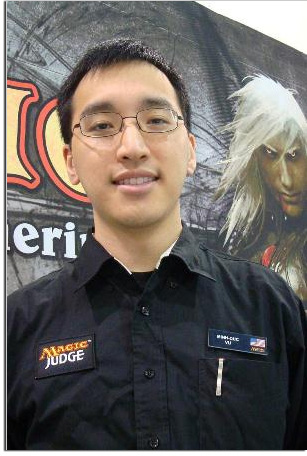 But he was already a familiar face. When he made L2, Minh visited every area store (call it "pulling a Yokota") to introduce himself.

Toward the end of 2014, he used that familiarity to contact Advanced level stores, discuss their new Premier Play opportunities, and compile a Google Spreadsheet of local PPTQs.

"It's about building the community," Minh says. When retailers cooperate, players get more options and more opportunities—and stores get bigger events.

Challenge: Minh Vu struggled with getting the comprehensive schedule in front of players.

Fold it into your announcements, publish it online, or post a copy in the store.

Charles Webber, L1 and owner of Oregon Trail Games, agrees: "Having four events all on the same day, in the same format, and all within driving distance from each other will lessen the number of players at each event."

Solution: Use the Store and Event Locator as a resource.

Charles says the list illuminated the PPTQ landscape as a whole: "Having it all in one place made things very glaring, such as the lack of Modern format events." So GameStar changed their PPTQ to Modern.

"Gamestar PPTQ 1/11 changed from Sealed to Modern." The attachment is a .PDF of the schedule.

What You Can Do

Minh Vu's advice: "Talk to each other."

Charles Webber's: "Talk to each other!"

So reach out to area stores and coordinate!