Collector Boosters and Buy-a-Box: 4 Things You Should Know

Collector Boosters and Buy-a-Box: 4 Things You Should Know 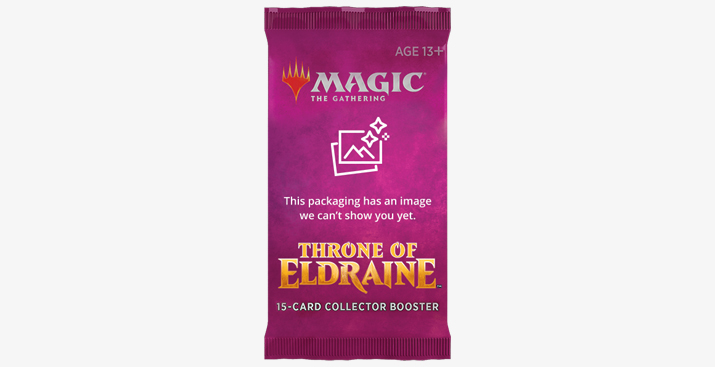 Those land in about a month, around September 20. Here are four things you should know as you take preorders between then and now.

* Not available in all regions

1. They're for your earliest preorders.

Your Collector Booster quantity will be based on your metrics (Tickets and Engaged Players). The minimum is 12, the maximum is 108. In nearly all cases, you'll have more Buy-a-Box promos than Collector Boosters.

Supplies are limited, so use that urgency to drive early preorders. These are a bonus for your very earliest box sales, a thank you for reserving a box as soon as possible.

And they're a pretty spectacular bonus. Here's what's inside:

2. Give them out with the Buy-a-Box card, while supplies last.

This also includes the Prerelease Early Sale Promotion. Like every set since Dominaria, WPN members are eligible to sell advance boxes at Eldraine Prerelease, in quantities equal to the number of Buy-a-Box promos they receive. And, for Eldraine only, you'll throw in a Collector Booster for early comers.

Collector Boosters officially release with Eldraine on October 4—that means the very first chance to open one comes at Prerelease, at a store like yours.

3. Give them out with traditional booster box sales.

Since Mark Rosewater announced the promotion, there's been some confusion over exactly which purchases are eligible. Do you give them out with Collector Booster displays? Theme Booster Displays?

Nope. The Collector Boosters are for players who pick up a full box of traditional boosters. (We're calling them "Draft Boosters" now. Get some details on that here.)

Think of it like an expansion of the Buy-a-Box promotion. All the Buy-a-Box rules you're used to apply: only in-store purchases are eligible, customers recieve one for each box they purchase (while supplies last), issue them at your discretion after the next set launches, don't sell them under any circumstances.

They'll be part of your Buy-a-Box/Promo Pack shipment, around September 20. No need to sign up in Wizards Event Reporter.

On that note:Collector Boosters intended for sale don’t require any sign up, either. You'll order them just like traditional boosters and the rest of the Throne of Eldraine product line. Talk to your distributor.

Speaking of which—why not give your distributor a call and do that right now?