Commander 2017: In Case You Missed It

Commander 2017: In Case You Missed It

Commander 2017 comes August 25 and it's bringing new cards, a new mechanic, and new possibilities to the format.

1. This Edition is Different.

A new Commander should a) be fun and b) get new players into the format. In both areas, Commander 2017 improves on previous editions.

Up to now, each edition has been based on the five colors of Magic. Commander 2017 is tribal-themed: Dragons, Cats, Wizards, and Vampires. That shift makes Commander 2017 a better play experience and a more appealing inlet to the format.

Each deck contains one Commander with a new mechanic: Eminence. Eminence gives you a benefit both when your commander is in the command zone and on the battlefield. 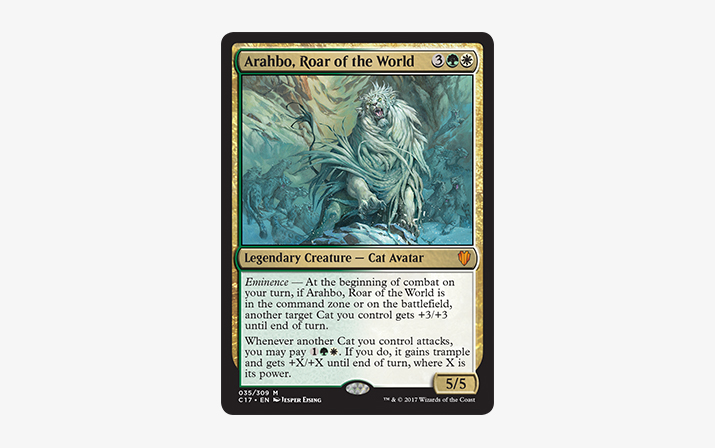 Arahbo, Roar of the World
Legendary Creature—Cat Avatar
Eminence—At the beginning of combat on your turn, if Arahbo, Roar of the World is in the command zone or on the battlefield, another target Cat you control gets +3/+3 until end of turn.
Whenever another Cat you control attacks, you may pay 1GW. If you do, it gains trample and gets +X/+X until end of turn, where X is its power.
5/5

Magic's more fun with cards that make your other cards better. Eminence does that even if your commander never hits the battlefield—it improves the play experience in every game, even the ones where you never get to play your commander.

Arahbo is just one of fifty-six brand new cards. That's fifty-six new tools for not just Commander but Legacy and Vintage, too. 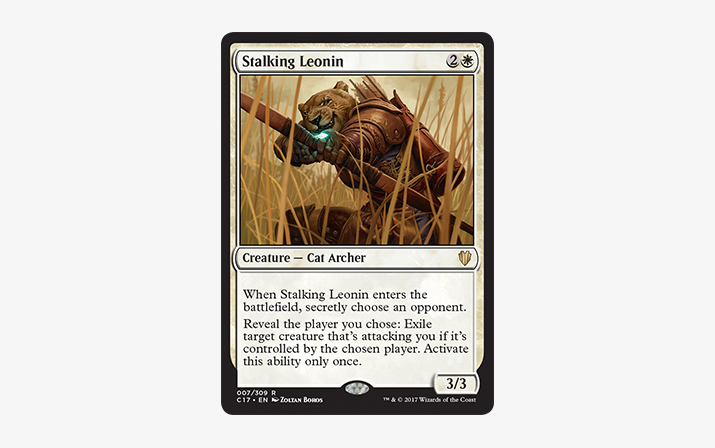 A lot of organizers are under the misapprehension that an event needs eight players to count. Not the case.

Casual events, like a four-player table of Commander, count as well. A lot of stores run special Commander events that help maintain or boost their WPN level.

Like this event at Critical Hit Games that mixed Commander with Planechase. Four tables of Commander were played with four players each. Each table included a random plane from Planechase and a planar die. When a player rolled the Planeswalker symbol on the planar die, they moved to another table. 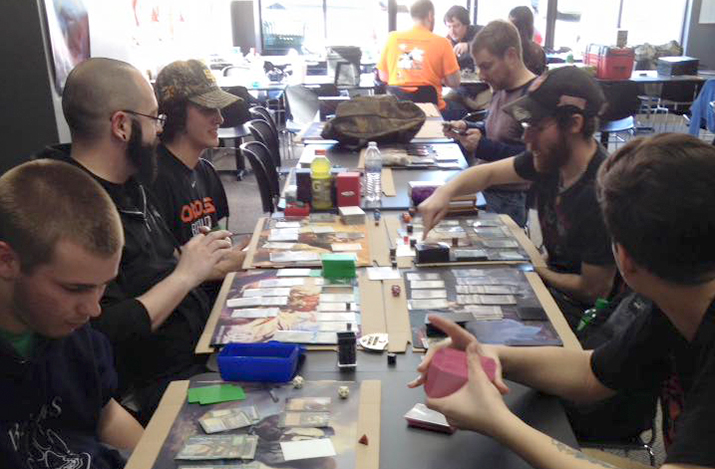 Commander 2017 releases August 25. Make sure to get your preorders in!