By their nature, Duel Decks aim to create the perfect clash of two sets of themes and mechanics.

With two ready-to-play, 60-card decks, players can quickly jump into the fun with a friend and experience a unique scenario.

By highlighting the themes and contents of the decks, get your players ready to usher in the age-old fight of brains versus brawns at your store.

Encourage groups of friends to pick up a Duel Decks: Mind vs. Might, choose a side, and find out which will prevail—calculated machinations or brute force?

The "Mind" deck is ideal for players who want to experience the thrill of the popular Storm mechanic. Storm benefits from casting many spells in a single turn to gain powerful effects as more spells are cast.

Jhoira of the Ghitu can help set up a lethal turn of casting many spells at once—the player just has to survive long enough to see their plan unfold. 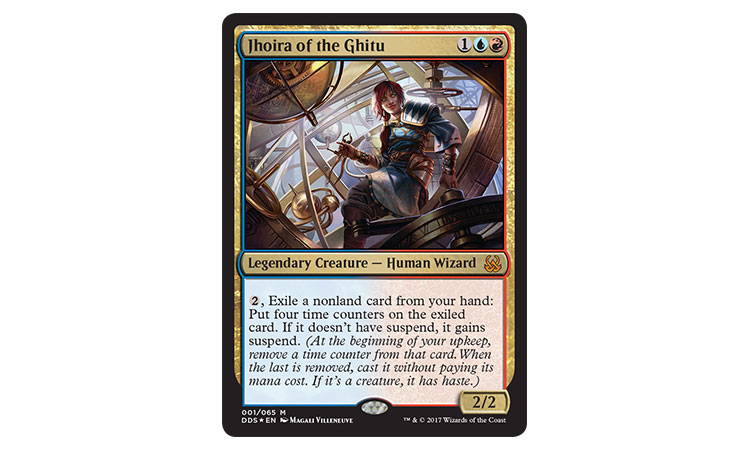 The "Might" deck is great for players who enjoy overpowering their opponents with a throng of creatures that synergize well with each other.

Lovisa Coldeyes uses her ability to great effect in this deck of Barbarians, Warriors, and Berserkers—a relentless assault is needed to crush the opponent before their deadly designs come to fruition. 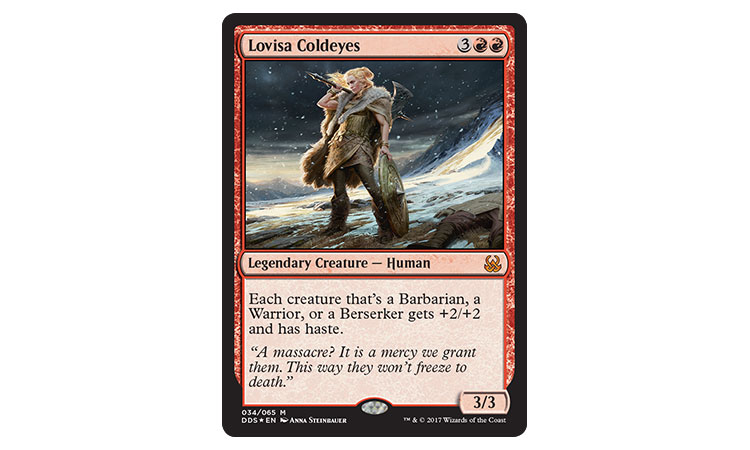 Great for Commander Players Too!

These two cards and their supporting themes would likely appeal to Commander players as they make for fun commanders to build a deck around.

Challenge your players to build a Commander deck using Duel Decks: Mind vs. Might as their foundation and bring it to your next Commander event.

Duel Decks: Mind vs. Might is great for players who want to enjoy a balanced and interesting Magic: The Gathering scenario without the need to build their own decks.

Each deck comes with its own deck box for storage, two Spindown life counters for tracking life, and a rules reference card and strategy insert to assist during play.

For a full decklist of each deck, check out the Duel Decks: Mind vs. Might page on the Magic website.

Then use these key points to get players excited about the new Duel Decks product, in your store, on your social media channels and beyond!