For Oath of the Gatewatch Prerelease, we encouraged stores to run Two-Headed Giant (2HG), and the response was phenomenal. Far more stores offered 2HG than usual, and feedback from players was overwhelmingly positive.

To keep up the fun, we've decided to offer a special reward to WPN retailers who run 2HG events in their store in the next few weeks.

Between February 11 and March 6, any WPN retailer (in North America and Europe) that runs at least three 2HG events will receive a set of oversized (19.5" x 26.5") cards from Oath of the Gatewatch—Oath of Gideon, Oath of Jace, Oath of Chandra, and Oath of Nissa—for their store (while supplies last). 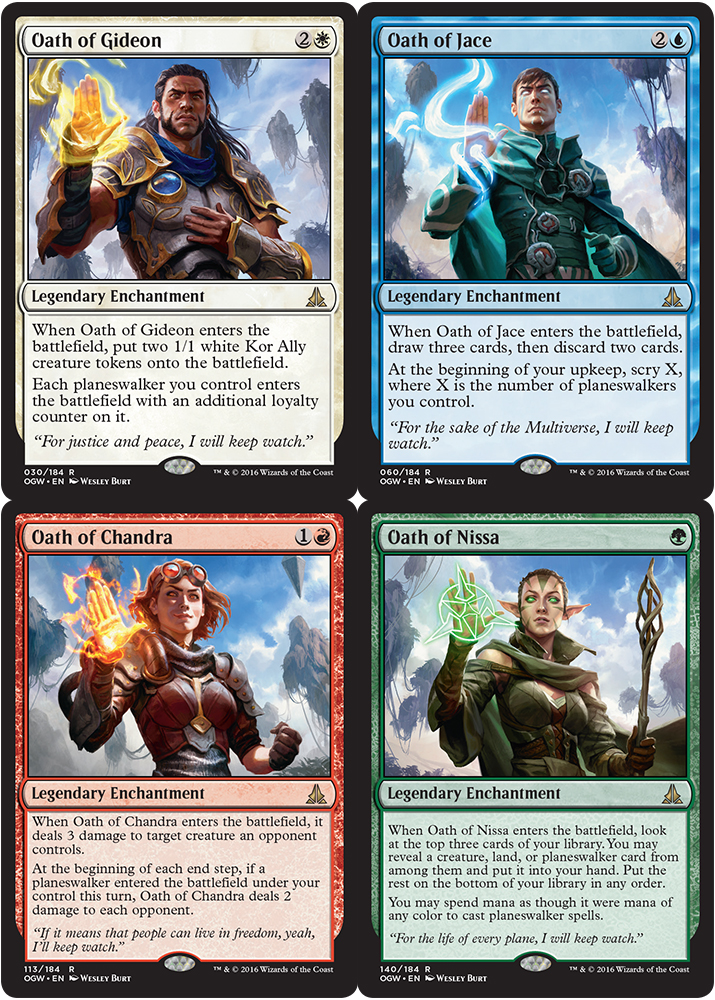 There's no program to sign up for—just schedule, run, and report three or more 2HG events in Wizards Event Reporter between now and March 6, 2016.

To ensure that we can spot the 2HG events you're running and give you credit, follow these guidelines:

1. Your events must be Ranked. For 2HG, this means they need four teams and two rounds. When you schedule them in WER, make sure to choose "Magic" and not one of the casual options.

2. Your events must be scheduled as 2HG. Make sure you pick a 2HG format in WER.

3. Your events must be reported successfully by March 6, 2016. If you run into an error, reach out to your support team right away.

4. Game Day cannot be scheduled as a 2HG event. Game Day should still be run as a Standard, single player event.

5. 2HG events already scheduled to take place between February 11 and March 6 will be counted. As long as you run and report the events (and they follow the above guidelines), those events will be included in your overall count.

When Would I Get the Oversized Cards?

We'll include them in a future Friday Night Magic kit.

How Does Two-Headed Giant Work?

Two-Headed Giant Sealed is 6 packs Oath of the Gatewatch and 2 packs of Battle for Zendikar.

Two-Headed Giant Booster Draft is 4 packs Oath of the Gatewatch and 2 packs of Battle for Zendikar per team, in that order.

2HG Event Page: Here's a quick rundown of the format.

2HG is Our Secret Weapon: Tips from Ben Calica of D20 Games, who has run more 2HG events in his store than any other retailer in the WPN.

Why Are You Doing This?

Oath of the Gatewatch is most fun in a 2HG experience. The more fun players have, the more likely they are to come back to your store.

So log into WER right now and schedule some 2HG!

If you have any questions, reach out to your support team.