When Gina Ratliff opened Golem Head Games in late 2014, she was shocked at the tension within the community. Intimidation. Acrimony between gaming groups. Hostile language.

"There was so much toxicity," Gina says.

Just months later, Golem Head is the picture of hospitality. Character sheets mingle with Commander decks. Parents check in on their kids via Twitch. New players feel comfortable and welcomed.

How is she cleansing her community of toxic players?

She's not. She's cleansing her players of toxicity. 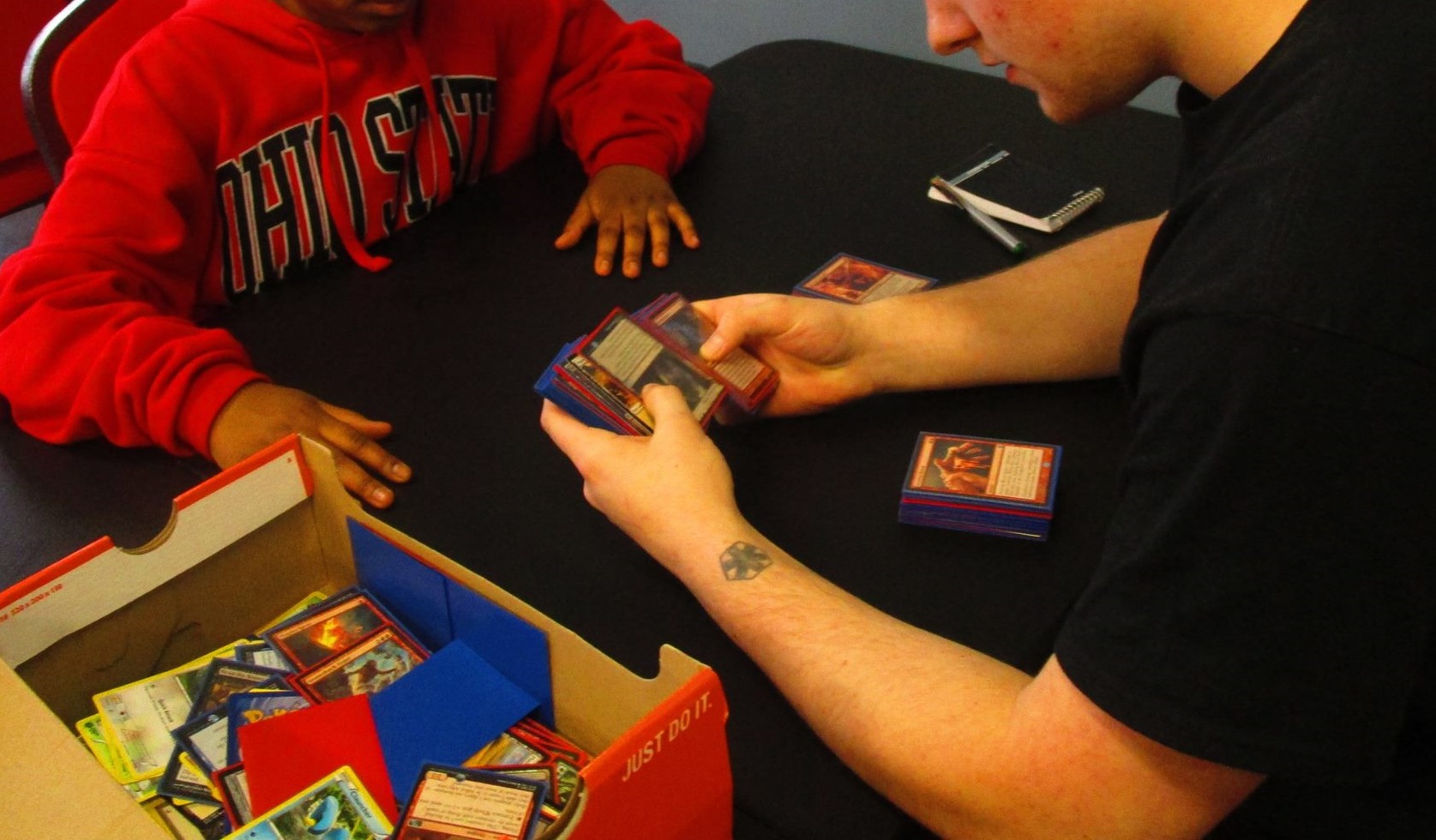 And she's getting players to do it themselves, through initiatives like her mentor program.

Early on, Gina identified her best players—often her most difficult—in her community and invited them to mentor newcomers.

"You go to your big guys and you say, I recognize you as a really good player. I want you to teach other people because I think you're awesome."

Through free-to-play "Deckbuilder Day" and two (two!) school programs, Gina's most experienced players teach the full spectrum of succeeding at Magic—from what "Swiss" means to keeping cool during mana flood.

"It just makes them shine. They just can't wait to get a hold of new players."

One of Gina's best mentors was also her unlikeliest.

Joe (not his real name) had a reputation for cutthroat play. And on his first visit, he sat down for round one and promptly lived up to that reputation.

Gina took him aside.

"You're one of the best players in Bowling Green. Is there a reason you need to be out there, pushing around the casual players? You should be out there showing them how to play better. Smile. Tell them hey, did you know you could do that with that card?"

He sat back down for round two. His opponent was young, and brand new to Magic.

Joe won the match handily, but all the while he was politely offering tips and strategies. The young player walked away from the match, beaming.

"Since then he's been our go-to guy. People come up to me and say, what did you do to Joe?" 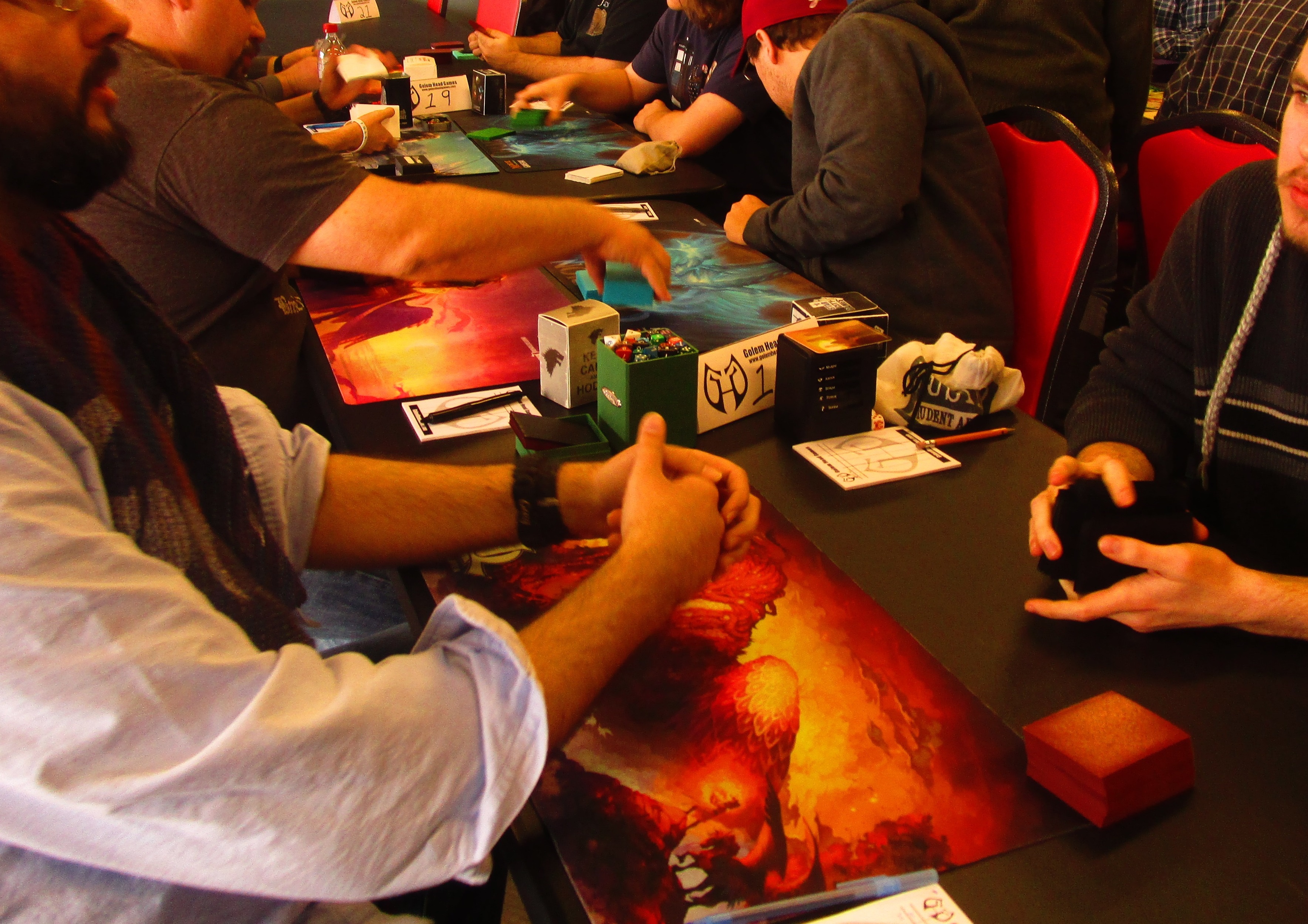 That camaraderie is spreading to other gaming groups.

In fact, there was even some hostility between the two camps. But Gina made quick work of that.

She did it by enlisting her DMs and building a "viewership" around their campaigns. Magic players are invited to peek in on D&D between rounds.

"At first, they just sort of roll their eyes. But once [they] listen to the DM...they're like hmm, that sounds cool. I want to roll up a character." 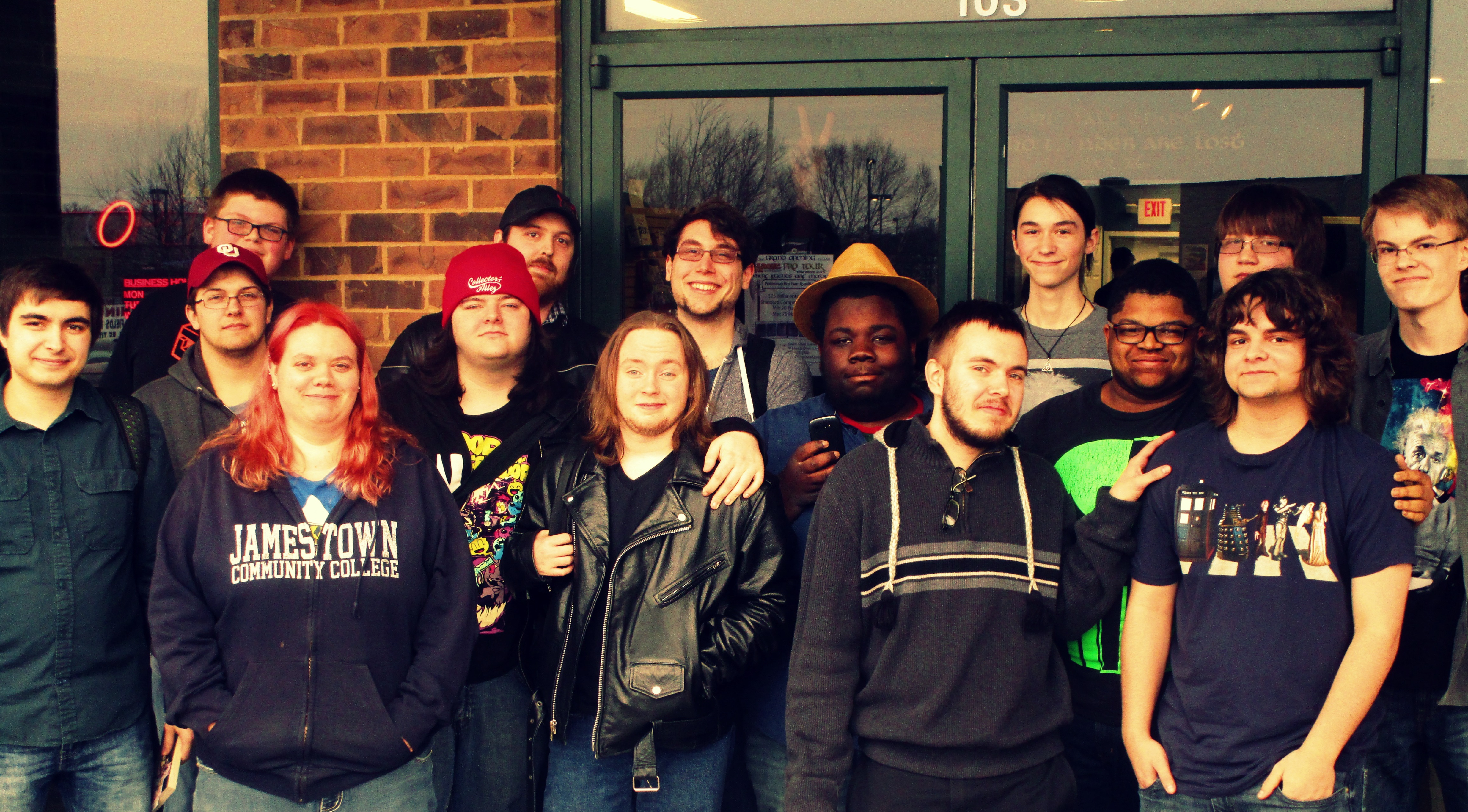 It's been said that good manners seldom make the papers. Golem Head became the exception to that rule when Bowling Green Daily News featured them in an article.

Enlist your players to do the same!