Commander (2015) hits shelves this Friday. The five new two-color preconstructed decks are ready for multiplayer and feature enemy color pairs working together to crush the opposition.

Here's some ways other retailers have highlighted the popular Commander format in their stores. Try one of these ideas at an upcoming FNM!

Clash of the Titans

They pitted all the different color combinations and their unique Commanders against one another for charity. 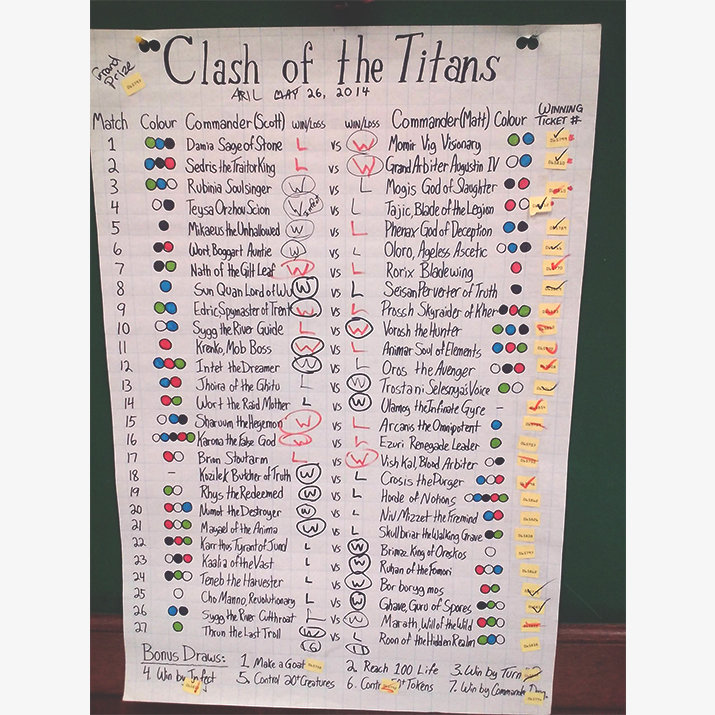 Know Dice Games has started running Commander at Friday Night Magic. Their goal: casual fun where the incentive is not to win but to enjoy the variations of the Commander format.

A game consists of no more than four players to a group and ends when a player gets eliminated. They play multiple games a night where losers get to start the next game with one card of their choice in their starting hand of seven.

For last year's Commander release, one group of players played a Two-Headed Giant, Commander, Star format game. Ten players, five teams, and the rich political drama of the Commander and Star format all rolled into one game . . . it was wild. 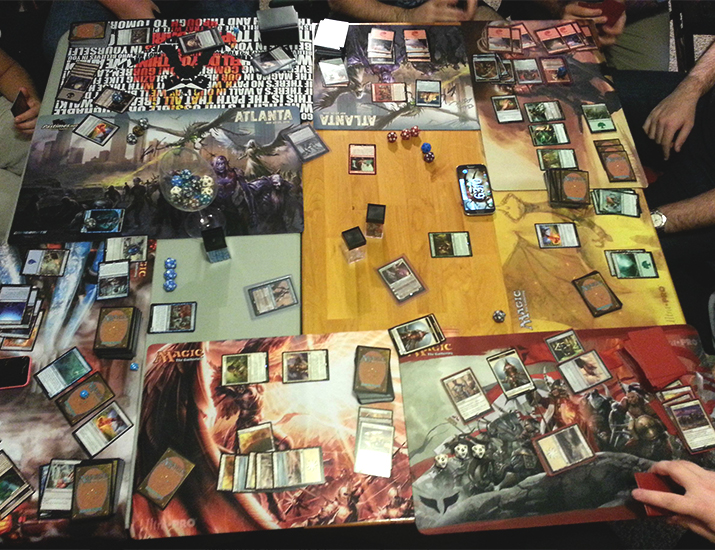 The game took about two hours and thirty minutes and everyone loved it!

With these fun ideas in mind, how will you engage your players with Commander (2015)?

Tell us what you're going to do for the release of Commander (2015) at WPNStories@wizards.com!