Schedule before April 8 and get a promotional kit with a poster, a set of foil, date-stamped participation promo cards, plus a set of extra-special new-to-Modern Buy-a-Box promo cards not available in Modern Horizons booster packs. We'll show you the card once we get closer to set release.

Modern Horizons marks the first time Magic has aimed an expansion straight at the Modern format. Its 249 cards are legal only in Modern and Eternal formats (Legacy, Commander, etc.). Some are new, some are reprints, and none of them are legal as of this writing. Find out more here.

It's also special for another reason: it's the last set to hit before the new Wizards Play Network officially phases in.

If you haven't heard about the new WPN yet, check out this announcement and these common questions. Then check out the below to see how and when the new paradigm takes effect.

April 8: You officially don't have a store level.

Rather than issue a separate allocation of Prerelease Packs, prize boosters, and Early Sale Promotion product, we'll try a simpler format: a single allocation of boosters to apportion as you choose between events, prizes, and advance sales. It's 24, 48, and 72 for Core, Advanced, and Advanced Plus. (Quantities vary by region.)

First, all the Tickets and Engaged Players you're accumulating right now are contributing to your Promo Pack allocation.

Second, Modern Horizons Prerelease is June 8–9, so drafters won't count for M20—but they will count for the following set, and they represent a fantastic opportunity to boost your numbers between then and now. Here's why.

The spikes and dips generally balance each other out as Prereleases come and go. But, chronologically speaking, the 2018 equivalent of Modern Horizons was Masters 25—for which there was no Prerelease. Which means, Modern Horizons represents a spike with no corresponding dip.

And remember that Modern Horizons is a fantastic draft experience—and all those drafters count toward your Engaged Player total.

WPN Premium stores will get three shipments with M20 season.

First, they get the same prize support as the rest of the WPN: Promo Packs, with the same foil to non-foil ratio, and based on the same metrics. (This is the sum total of prize support they'll get.) Second, they get the marketing materials we send to the whole WPN. Posters, point-of-purchase materials, etc.

Then they get separate shipment of marketing materials with stuff like this: 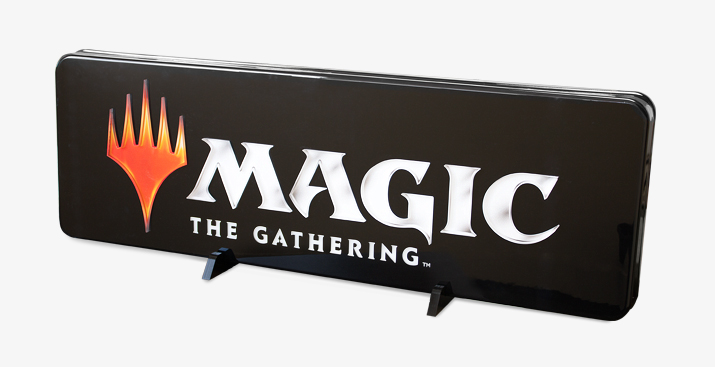 Quick reminder on how stores achieve WPN Premium. It's both quantitative and qualitative.

The first step is hitting the metrics: 60 Engaged Players, 3,000 Tickets, 20 Activated Players. (If you're just shy of those metrics, you're still welcome to apply.)

The second step is the qualitative part. We intend to take the word "Premium" seriously. Right now, less than 5% of the WPN is Premium. Premium candidates are expected to check every box on the WPN Premium Quality Checklist, undergo vetting via third party secret shoppers, plus reverify annually.

It's all underway now!

Sign up for Modern Horizons to help drive your future Promo Pack allocation.