Masters 25: What We Know So Far

Masters 25: What We Know So Far

Preorders are open for Masters 25 and your store's allocation should have arrived via email.

Details on the set are scarce while we focus on Rivals of Ixalan, but here are a few things that could help your preorder decisions: 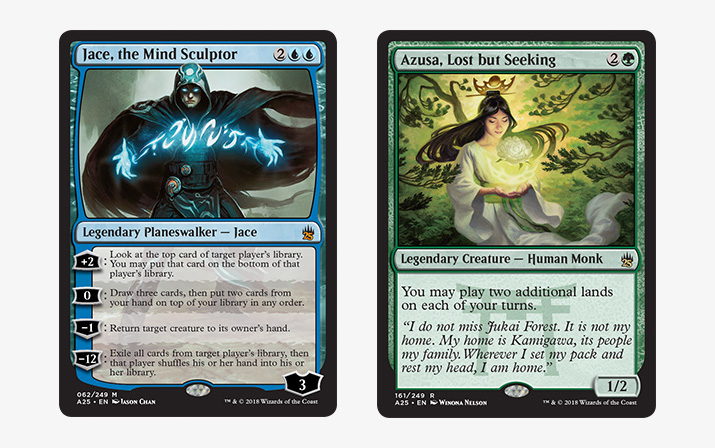 Two of the set's 249 cards have been revealed: Jace, the Mind Sculptor and Azusa, Lost but Seeking.

Jace is, of course, one of the most pivotal cards in Magic history, includes some of the most iconic art in the game, and remains possibly the best Planeswalker ever printed. Azusa is a Commander all-star, printed here with art from the hard-to-find Judge promo version of the card.

2. It's got at least one card from every major Magic release.

Did you catch the Champions of Kamigawa watermark on Azusa? Almost every card in Masters 25 will get a watermark to note the original printing, going all the way back to Limited Edition (Alpha), Beta, and Unlimited. The set will include at least one card from every major Magic release. 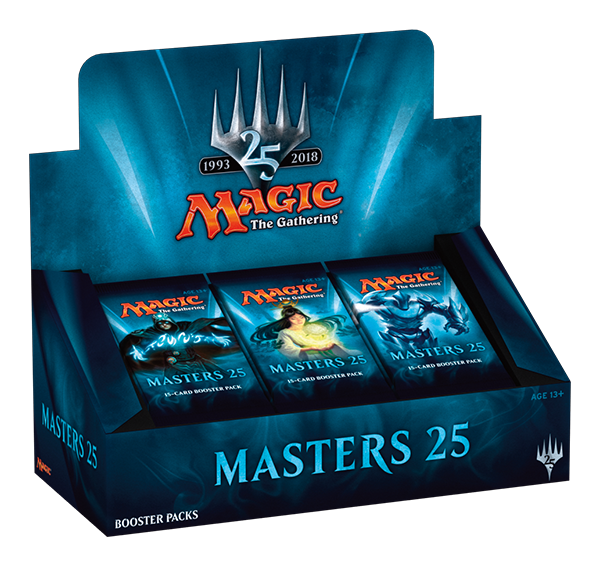 Displays will feature twenty-four boosters in a box shaped like previous Masters sets.

Also note the new art on the third pack. Speculation abounds on which card will feature that art, but no confirmation from Wizards just yet. Stay tuned for that reveal and more details closer to release.

In the meantime, reach out to your preferred distributor to preorder.