How will it change the metagame? Will it push any tier two decks into tier one? What new archetypes might emerge? With all the fervor and speculation surrounding Modern Horizons' impact on the format it's named for, it's easy to forget that half the fun of the set is in the draft experience.

That's why stores are running Prereleases (no Masters set ever got one). That's why we're giving a promotional playmat to stores that report thirty-two Tickets in their Drafts between June 14–16. That's why we're confident that it'll be one of the best, most beloved Magic expansions ever.

But there's a subtler incentive to run Modern Horizons Drafts, and it was set into motion a year ago. 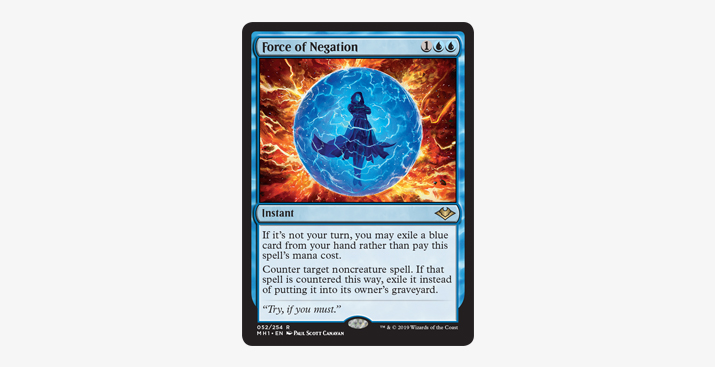 Modern Horizons promises to be a fan-favorite draft format, especially for long-time players. It's full of callbacks to, updates of, and even puns on some of the game’s most famous cards.

In the new WPN, Promo Pack allocations are based on your metrics, Tickets and Engaged Players. It's on a rolling 12-month basis. That means, as you add numbers to your total, numbers from the same day last year phase out.

That's about to have real implications for your Promo Pack allocation for the Fall set (codename "Archery"), when allocations get locked in on August 2. How it'll break down depends on whether you ran Battlebond events. Here's why.

If you ran Battlebond, all those Tickets will phase out of your total on June 10. That was the last day of Battlebond Launch events. So, even though there are no official Launch events for Modern Horizons, it's still your best opportunity to keep last year's pace—or improve on it.

If you missed Battlebond, Modern Horizons is a silver lining. Every Ticket you see, every player that crosses the threshold into "engaged"—they all represent pure gain for you. A spike in attendance with no corresponding dip from last year.

All of this speaks to one of our favorite innovations of the new WPN: the Promo Pack paradigm launches a virtuous cycle. 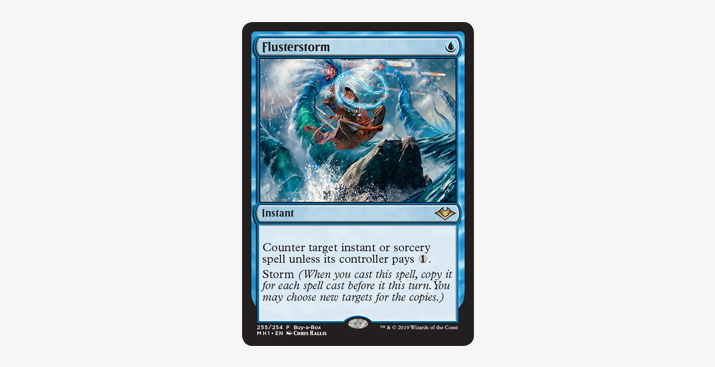 Modern Horizons' Buy-a-Box promo may be the best one yet: Flusterstorm is one of Magic’s best counterspells, and it's about to become legal in Modern for the first time. Your first chance to get these in your player's hands comes with the Prerelease Early Sale Promotion on June 8. Call your distributor and get your full allocation.

Get Results, Get Rewards, Repeat

In the old days, you were rewarded just for scheduling your events—the results at those events had few implications for which promos came in the mail, and in what volume.

That meant you'd hit your maximum promo rewards when you hit the maximum level (Advanced Plus). You had your best-attended season ever? Great, here's the same number of promos you got last time. You run 100-player FNMs? Cool, here's the same promos everyone else gets.

But now the sky's the limit, and you have a clear target to aim for: you're trying to improve on your results from the equivalent event from the previous year. In the case of Modern Horizons, that's Battlebond.

It officially starts with Modern Horizons Prerelease on June 8 and continues when it releases on June 14. Get in touch with your distributor and make sure you've got the product you need for your Drafts.