A Peek Inside Duel Decks: Merfolk vs. Goblins

A Peek Inside Duel Decks: Merfolk vs. Goblins

Duel Decks: Merfolk vs. Goblins releases November 10 with two well-paired preconstructed decks, two powerful face cards with new art, and two of the most popular tribes in Magic squaring off in a battle of unorthodox aggression versus calculated manipulation.

Let's dive into what your players will care about most and how you can use that information to help get it into the right hands.

Fronting the Goblin deck is Warren Instigator, a regular cast member of Goblin brews across formats from Legacy to Commander. It's here in foil and with new art. 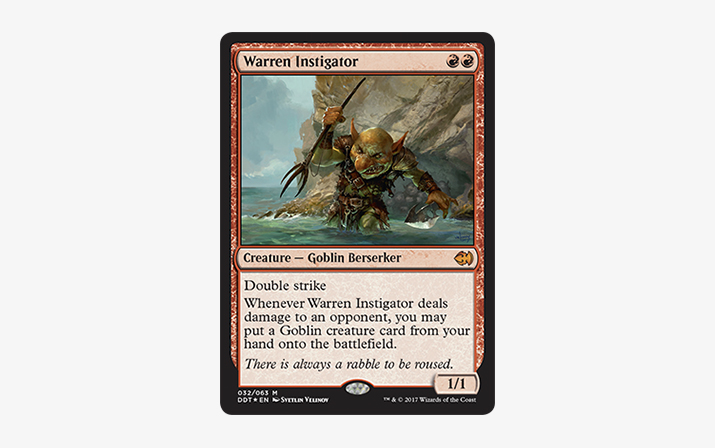 This deck suits players who enjoy throwing caution to the wind and attacking with abandon. It wins by overwhelming the opponent with sheer numbers and relentless aggression and it uses removal spells to help clear the way.

Leading the charge against the Goblin deck is Master of Waves, which takes full of advantage of its protection from red, as well as the devotion mechanic. It was the breakout star of Pro Tour Theros back in 2013, and it also gets the new-art-and-foil treatment. 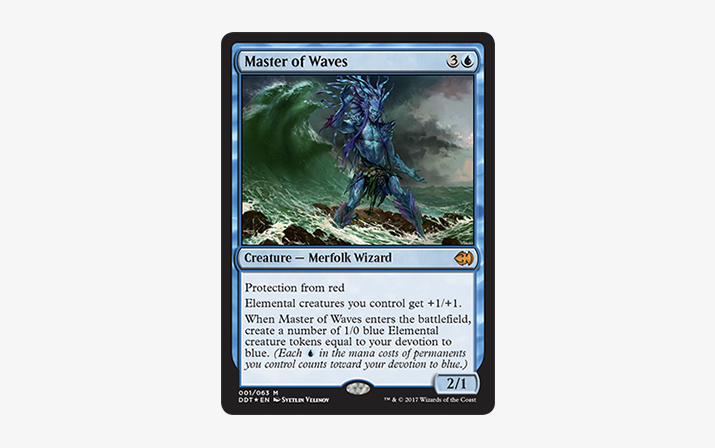 The merfolk strategy relies on tricks and combinations by filtering their draws, transforming the opponent's land into Islands, and attacking unimpeded with islandwalk to deal damage and draw extra cards. This deck will likely appeal to players who prefer to trick and outwit their opponents.

Here are the key features:

It's the ready-to-play factor that makes Duel Decks a point of articulation for different player types. The primary audience is long-time fans, but ultimately the product's value is its ability to reach across experience levels.

Veterans pick up Duel Decks as a way to battle with less-experienced friends. It's quick and easy, with guaranteed synergy, a level playing field, and no deckbuilding required. Long-time devotees revisit classic staples with a pang of nostalgia while newer ones get a glimpse of Magic from before their time.

That's the main audience—long-time players looking to share Magic with newer ones. Put Duel Decks: Merfolk vs. Goblins in their hands starting November 10.