Silvestri: The Key to Draft Weekend

Silvestri: The Key to Draft Weekend

Draft Weekend hasn't been around nearly as long as other events, and as a result, it may take a little time to fully take advantage of.

I say this from experience. Our first few Draft Weekends felt more or less like our normal drafts and, frankly, we didn't see a whole lot of point to them. Then we started to change our focus and we've seen a better turnout—from around twenty players to around thirty.

All that took was a few simple tweaks to the structure and a clear focus on them when advertising our events.

The key here is that if you want to do Draft Weekend, it should stand out in some way.

It doesn't have to be a huge difference. But just saying you have a promo to give out doesn't really cut it.

We've got a boost by increasing the prize payout (and price). So instead of typical payout, we inflate the top. You want to take advantage of a having new set out, and you'll have product to move anyway. The allure of a big stack of packs for a 3–0 makes players very interested.

But we keep the same flat rate for 2–1s and 1–2s. Getting nothing, especially for a bye in the final round, leaves a bad taste. (This is also a good reason to run back-to-back drafts instead of just one or spreading them too far apart in the day.) 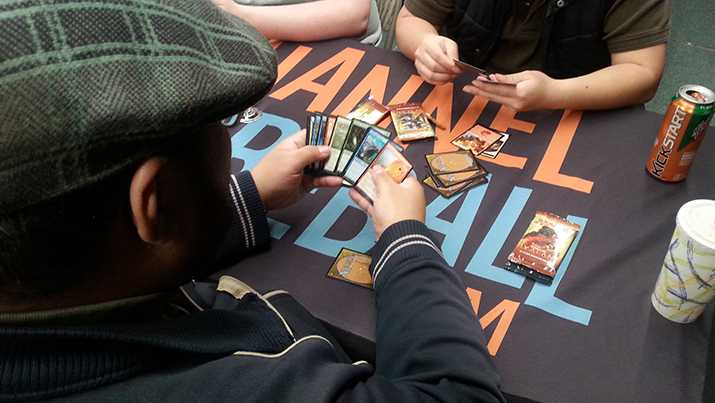 Of course, there's no one-size-fits-all approach. Just something unique to Draft Weekend, to make it stand out.

For example, Turbo Drafts—a single round and then prizes. It's one of the most commonly-played formats at Grand Prix, and for good reason. People love to just draft new sets. It takes about ninety minutes, so you can try to maximize the amount of gaming people can get in with it.

Once you've made your drafts different in some way, advertise that difference, and get players invested into showing up to them. Preregistration is a good way to accomplish both—plus, it builds confidence.

One of the worst feelings is showing up to an event and not being sure if it'll fire.

If people have an idea of how many players have preregistered, they know that if they show up they'll actually get to play Magic.

Much has been written about how to do preregistration so I won't go too in-depth. Essentially, we start by adding the events to our calendar, FB page, and our primary website, then we follow up with preregistration links closer to the event. We put up a lower entry fee if they preregister.

This helps in two ways. First, we give people a carrot to sign up ahead of time. Second, they'll be more likely to show, since they're invested. Obviously if life intervenes and they can't attend, you should give refunds, but I find the number of preregistered players who actually show up is typically 90% or better. 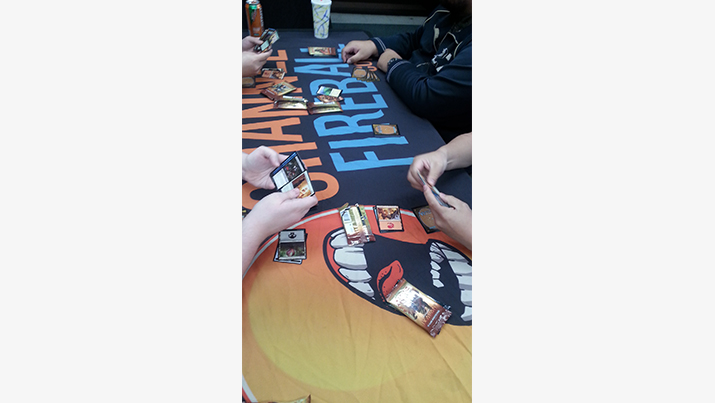 The key points are to make your drafts stand out and advertise them early. Don't just rely on the allure of a promo card to get people in the door. Give them a reason to care!

Scheduling for Dominaria Draft Weekend is open now, so now's the time to starting thinking about how you'll make it stand out. Sign up before February 25 and get foil promo cards to help.