Throne of Eldraine: 4 Changes Every Retailer Should Know

Throne of Eldraine: 4 Changes Every Retailer Should Know

A handful of changes are coming to Magic with Throne of Eldraine, ranging from the big-and-awesome (Collector Boosters coming along with your Buy-a-Box promos) to the small-but-welcome (new, less ink-intensive deck checklists).

We’re pretty excited—and we think your players will be too.

Let’s go ahead and dive in.

For Throne of Eldraine only, WPN members will also receive Collector Boosters to give to customers who purchase a full booster box of Throne of Eldraine, in addition to a Buy-a-Box promo. No action is required on your part—they'll simply show up.

Why? Urgency. They're a bonus for your earliest box sales, and a sample of the new product for your most engaged fans. Give them out on a first-come, first-served basis to encourage them to pick up their box as early as possible. Players won’t want to risk missing their chance at a Collector Booster. It’s a great opportunity to thank players for buying early, and to get these new boosters into the hands of the fans they'll most appeal to. 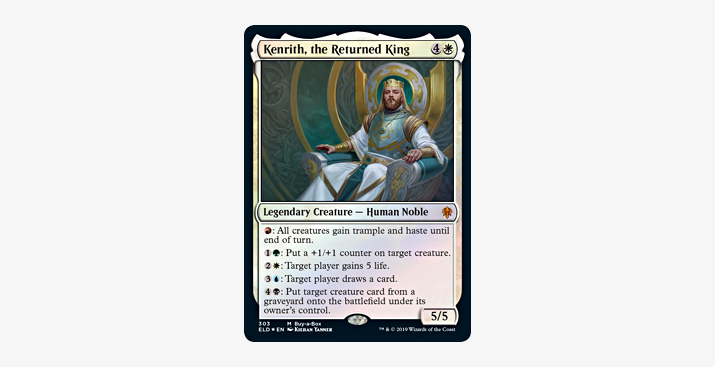 As the Arena player base continues to grow, we’re exploring new ways to bring Arena players into stores.

That’s why these Promo Packs include an Arena code card, in place of the foil land. These codes redeem for one Throne of Eldraine booster in Arena and can be used five times per account. 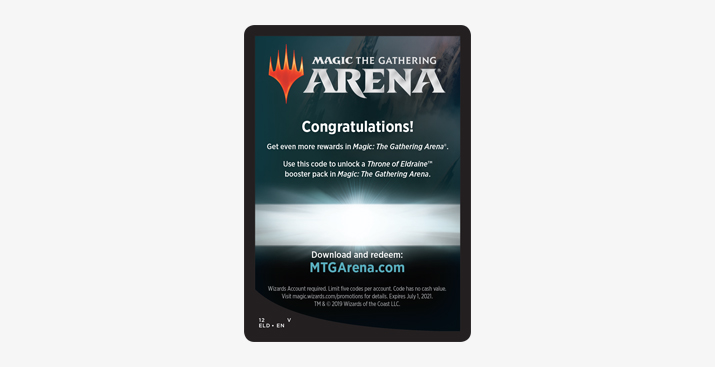 The Universal Promo Packs for Throne of Eldraine look like this:

We expect that using digital incentives like code cards will bring Arena players to tabletop Magic—especially players who were introduced to Magic through Arena—and we’re excited to see how tests like this one will do just that.

Brawl Decks are 60-card ready-to-play decks, all Standard-legal, and designed specifically for the Brawl format. There are four decks available—each has seven Standard-legal cards not available in Throne of Eldraine booster packs.

Here’s the breakdown of what’s inside a Brawl Deck:

This format is already up and running on Arena, and we’re excited to see how it grows in stores too!

Here's what they look like, with M20's cardset as an example (We'll make the Eldraine checklist available once the full set is public.) 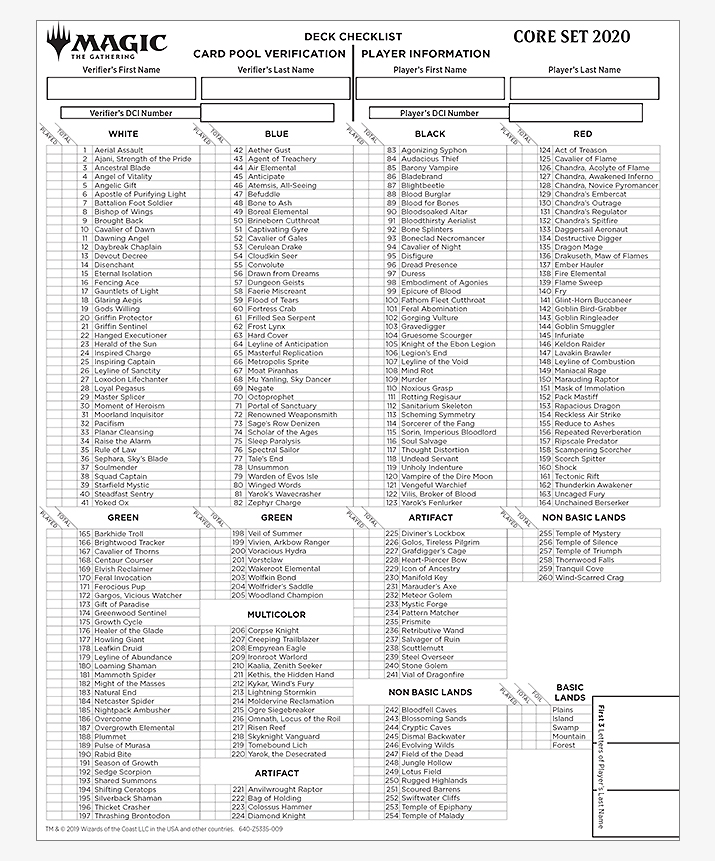 These additions offer a lot of great experiences for players and chances for stores to support their communities.

So make sure your players get the best Prerelease experience by calling your distributor now to get your full Prerelease Early Sale Promotion allocation!