Today we wrapped up Ultimate Masters previews, so if you've been waiting to see the full set before making preorder decisions, now's the time. If you haven’t done so yet, stop reading this and call your distributor.

Content-wise, there are so many highlights, it's difficult to know where to start. But here goes:

1. The Box Toppers: Tarmogoyf, Karakas, Snapcaster Mage, and 37 Others. 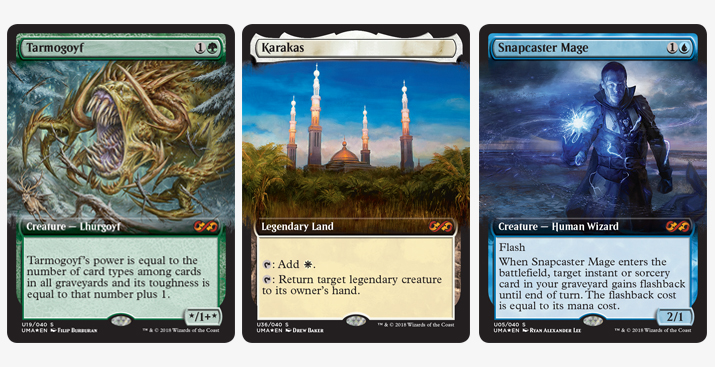 On top of each display is one of forty box toppers: a selection of Magic’s most coveted cards, many with new art, and all with extended frames and custom flow-wrap. They're all regular-sized and playable, and there are regular versions of each available in booster packs. 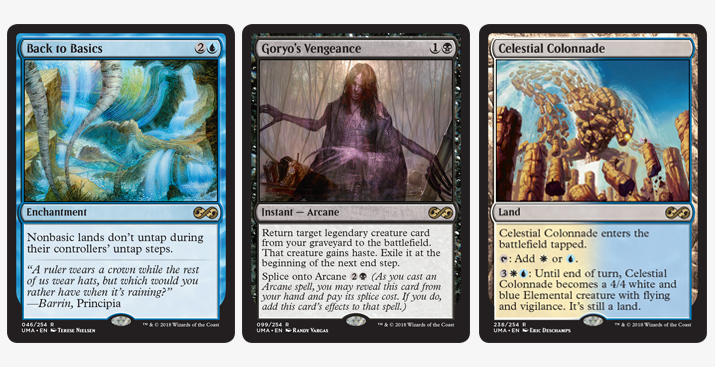 Kind of hard to believe, but each of the above has seen just one lonely printing. Back to the Basics punishes greedy mana bases in Legacy (especially since the banning of Deathrite Shaman); Gyoro's Vengeance reanimates Emrakul or Griselbrand to win on the spot in Modern.

3. The Least Googleable Card Ever. 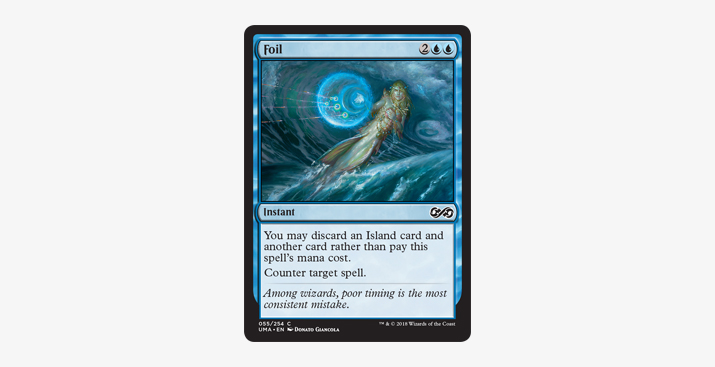 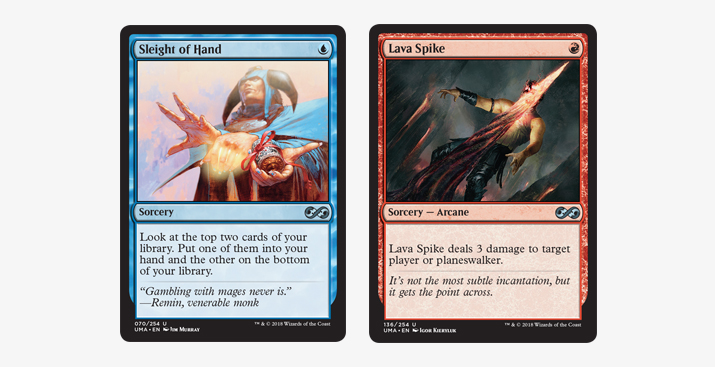 Some say a Masters set lives and dies in the uncommon slot, and Ultimate is loaded.

Sleight of Hand—a key instant in Modern Storm decks, which win by casting tons of spells and then Grapeshot—gets its first printing in almost fifteen years. Meanwhile, Lava Spike sees more and more play in Modern burn decks, and hasn't seen print since the first ever Masters set. It's here with some pretty striking new art.