Powerful cards, throwback characters, and an exciting mix of mechanics are on their way with Modern Horizons 2—and we have everything you need to prepare for Prerelease on June 11!

However you're planning to celebrate, whether that's remote events through SpellTable beta or an exciting return to in-store play in your region, kick off a legendary Summer by scheduling your Prerelease events now!


What Can I Sell During Prerelease?

You can sell the Prerelease Early Sale Promotion products listed below and Prerelease Packs for the entire week of Prerelease, from when your store opens on June 11 through June 17. Individual packs from any leftover early sale boxes can be sold on or after the set release day.

You may continue shipping Prerelease Early Sale products with an expected delivery date of June 11.

Europe (Spanish, Russian, or Italian): Half Draft Boosters and Half English Set Boosters

All Prerelease Early Sale Promotion products are in the local language unless stated otherwise.

The Prerelease Early Sales Promotion is a great time to sell Set Boosters for two reasons:


Unlike typical Prereleases, you are free to use your allocation of Prerelease Early Sale Promotion boxes for Modern Horizons 2 for event prizing if you choose. While there is no additional prize support allocation, you can price accordingly to craft an entry offering suited to your community.

Provide one Buy-a-Box Promo for the sale of each:


You may continue to use your Buy-a-Box Promos for sales of the above products after Prerelease has ended.

In-store play will be open in the following regions for Modern Horizons 2 Prerelease starting June 11:

As always, please remain compliant with all applicable local laws, ordinances, and health and safety guidelines when allowing customers into your store.

For stores in the above regions, you are welcome to start the first step of the Love Your Local Game Store promotion after your promos arrive—give one foil, retro-frame Fabled Passage promo card to each customer who spends $50 in your store on any sealed Magic product! 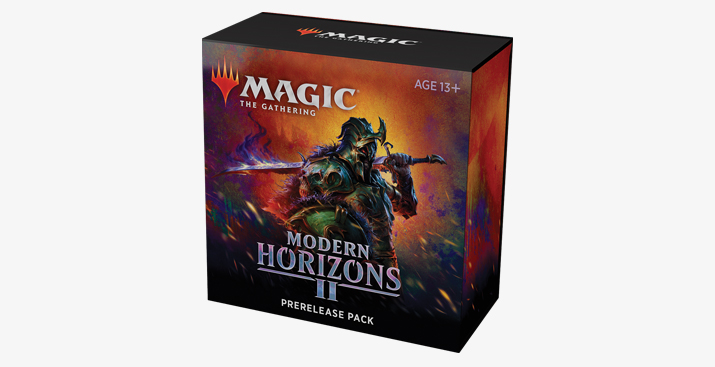 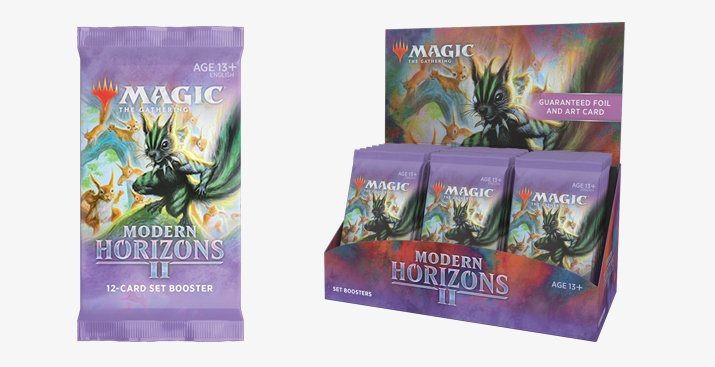 
Each Set Booster contains 12 Magic cards, one Art Card, and one token, ad card, or special card from Magic's history (a card from "The List").

These cards are a combination of one to four Rares and/or Mythic Rares, six to ten Uncommon and Commons (no more than eight may be Common), and one Land card. 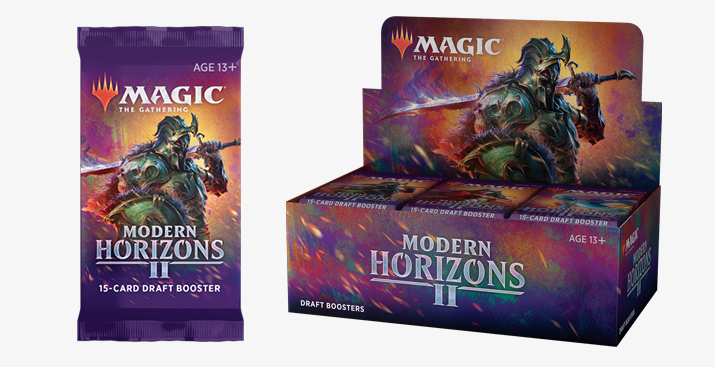 Each Draft Booster contains 15 Magic cards and one token or ad card.

These cards are put together to create a balanced Draft, with a combination of one to two Rare or Mythic Rares, three to four Uncommons, and ten Common cards.

About one in three Modern Horizons 2 Draft Boosters contains a traditional foil card in place of one of the Common cards. 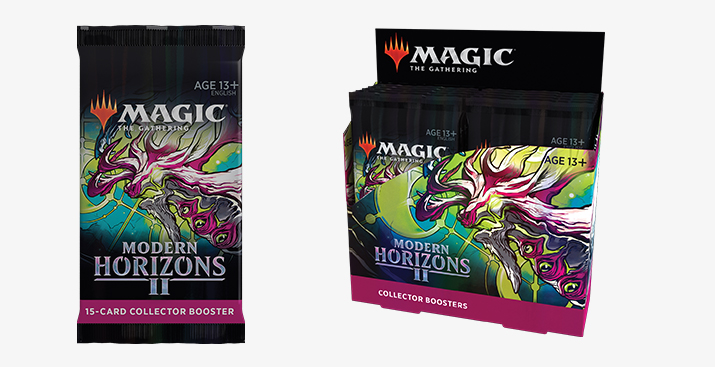 Players get a combination of four Rare and Mythic Rares (up to three can be Mythic), two to six Uncommons, four to eight Commons, and one Land card in every Modern Horizons 2 Collector Booster.

Modern Horizons 2 Prerelease is in less than a month—if you haven't already, it's the perfect time to schedule your events and start taking preorders for this powerful set.