At Little Shop of Magic, John Coviello has been running Magic leagues for 23 years. With scheduling for Hour of Devastation Magic League open, we asked him to share how leagues have benefited his store, and how he makes them a great experience for his players.

We have run leagues since the ancient times of "fax in your results slips" Arena leagues. Leagues offer a unique opportunity to break the mold of traditional formats and help expose your store to all categories of Magic players.

In our store, leagues are the gateway event for beginning players. They're also welcoming to more experienced players who are nonetheless intimidated by the word "tournament." And for more engaged players, they can explore the set at a convenient pace by adding boosters to their card pool every week.

By appealing to all of those player types, especially new and relatively new players, we have been very successful in driving sales of sealed product, especially when offered with a new set launch.

How to Run Hour of Devastation Magic League:

The current iteration of Magic League is a relatively new program, but if you're not familiar, don't worry. It's easy to run.

Hold to these best practices and proceed with confidence:

Yes, winning a match will get you a league point, but so will bringing cookies for everyone to share, introducing a friend to the store or helping someone put the finishing touches on their deck.

By taking the emphasis away from crushing opponents, we have created an environment where players don't feel pressured by the outcome of a match. 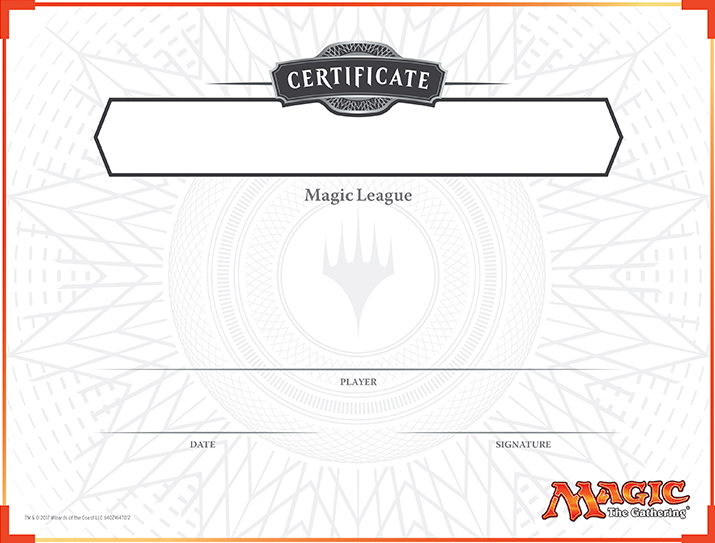 Find these league certificates and other event accessories on the marketing materials page.

We've also found that, by allowing our players to suggest ideas for upcoming leagues, we lessen our planning burden, while giving the players a sense of ownership in their event.

Make sure that your leagues are kept fresh and require a relatively small commitment. A lot of players have busy work schedules and family lives.

If joining your league feels like too much obligation, they'll be reluctant to engage, so use a structure that allows players to engage at the level that works for them.

Let players do league matches any time your play area is available. But you should also host a weekly meetup night on a day that is not too congested. Ideally, you can work around your local competitor's events to minimize overlap.

Also, allow players to come and go as they see fit: avoid any specific round start times and pairings. You have other events with a rigid tournament structure—keep your leagues open for players who would like to play one or two games on their way home from or before they head to work.

In the end, the difference between a good league and a great league will come down to how closely you can match the needs and desires of your intended audience with those of your business.

Get it right and you will be rewarded with new faces and entertainment option for your customers in your store.

Hour of Devastation Magic League is now open for scheduling! Sign up in Wizards Event Reporter and take advantage of its benefits in building your community!

By John Coviello, owner of Little Shop of Magic