In January 2015, Pandemonium became one of the first WPN stores to embrace the new Friday Night Magic—open to casual formats, more freedom with promo cards, no minimum player requirement.

Adding Commander, Pauper, and other casual events helped them grow their FNM by 30% by the time we published this article in May, and they've kept it up ever since.

That's an impressive number, but it doesn't tell the whole story.

When we checked back with them, we learned that updating their FNM has had benefits that aren't immediately apparent in the numbers.

With FNM open to casual play, Pandemonium can support the format in ways they couldn't before. Commander league runs all week long, but Friday's players are eligible for the current promo. 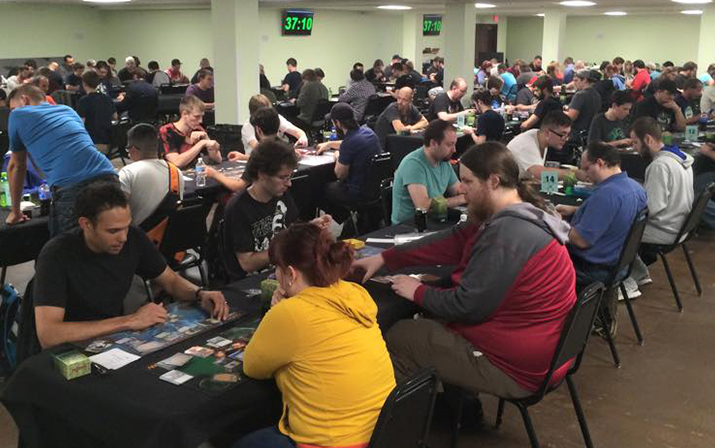 Under the old paradigm, players might head home as soon as they found themselves unlikely to place well in the event.

Under the new paradigm, these players are cascading into Commander or Cube, rather than just call it a night.

A Cube is a custom draft format composed of cards throughout Magic's history, usually tailored around a theme. Pandemonium has several, including Legacy and Pauper cubes, built with the staple cards of those formats.

Standard and Modern Are Bigger

This owes a lot to the square footage they gained after a recent relocation (including space dedicated to casual play).

But it also owes to their casual events: players who turn out for laid-back play often get their first view into more formal events, and that world sometimes proves irresistible.

And that's just it—they'd already built a great crowd around high-level play, and that crowd is as strong as ever. It wasn't broken, so they didn't fix it. They just made it better.

A lot of stores recognize the opportunity casual play represents, but are uneasy about alienating their more invested players.