Sometimes that curiosity expresses itself at grassroots level. If you've got a Commander community at your store, you've benefitted from it—Commander is a juggernaut now, but the format has humble beginnings going back many, many years.

Other times it comes from Wizards. Modern is the most famous, most successful example, more or less announced into existence in 2011. The latest example is Brawl—a new way to use Standard-legal cards for multiplayer Magic, similar to Commander.

Come Throne of Eldraine, the format is firing on all cylinders.

Here are four reasons why.

1. It's Coming to Magic Arena.

Maybe the most important thing to know: players will soon be able to experience all the inventive deckbuilding and heterodox strategies Brawl has to offer, with an incredibly low barrier to entry: it'll be on Magic Arena soon.

That could go a long way toward building the format's community—for a number of reasons.

First, matchmaking. Players are far more likely to invest in a new format if they know there will be abundant opportunities to play it. It can be a challenge to reach that critical mass in any given store or community. But with Arena pairing Brawl players with opponents the world over, it's no problem.

Second, deckbuilding. In Arena, it's incredibly easy to test out different commanders and different strategies before building a deck and bringing it to the LGS. (Also note that Brawl is limited to 1v1 on Arena. When they're ready to the full multiplayer experience, in-store play is the best bet.)

That said, it'll soon be possible to dive into the format, no brewing required—and pick up a great value at the same time.

2. Players Can Get into Brawl With One Purchase—Brawl Decks Land October 4.

Next time you talk to your distributor, ask them about Brawl Decks—60-card ready-to-play decks, all Standard-legal, designed specifically for the Brawl format. There are four decks available, and each has seven Standard-legal cards not available in Throne of Eldraine booster packs. (They do, however, appear in Collector Boosters.) 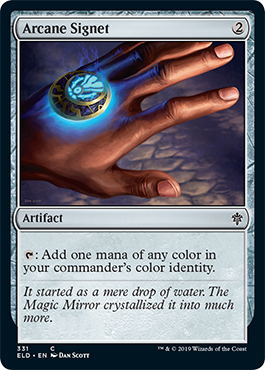 Arcane Signet is just one of twenty cards found in these decks that were made specifically for Brawl. That not only helps create good value in the product—it also gives Magic’s design studio some space to curate a better format overall.

3. Throne of Eldraine Has Cards Designed Specifically With Brawl in Mind.

In fact, Magic’s design studio has been doing this for a while. There's a whole cycle of legendary creatures in Core Set 2020 that were designed to be strong options for Brawl commanders. 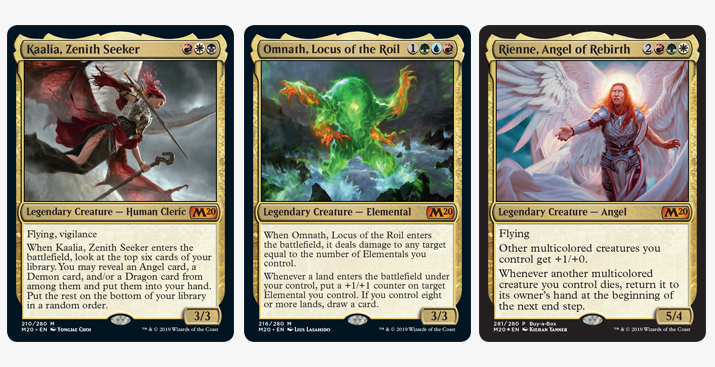 Now let's look at an example from the Brawl Decks.

Enter Chulane, Teller of Tales, who leads one of the upcoming Brawl Decks: 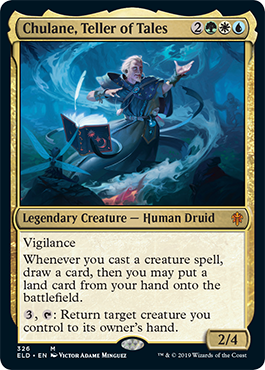 4. You Can Schedule the First-Ever Official Brawl Event Right Now.

We recommend you reserve about 20% of your season's promo packs for Magic Weekend: Brawl, and that you award the packs for something other than winning—keep it casual, keep it fun.

Plus, to help give your events a boost, an ad will appear in Magic Arena in the lead up to the event, and any player that participates in-store and also has an Arena account will get an email with a unique code for a Brawl cosmetic item in the game.

Hopefully the message is clear by now: new Magic formats may come and go (perhaps you can recall a few), but when it comes to Brawl, we mean business.