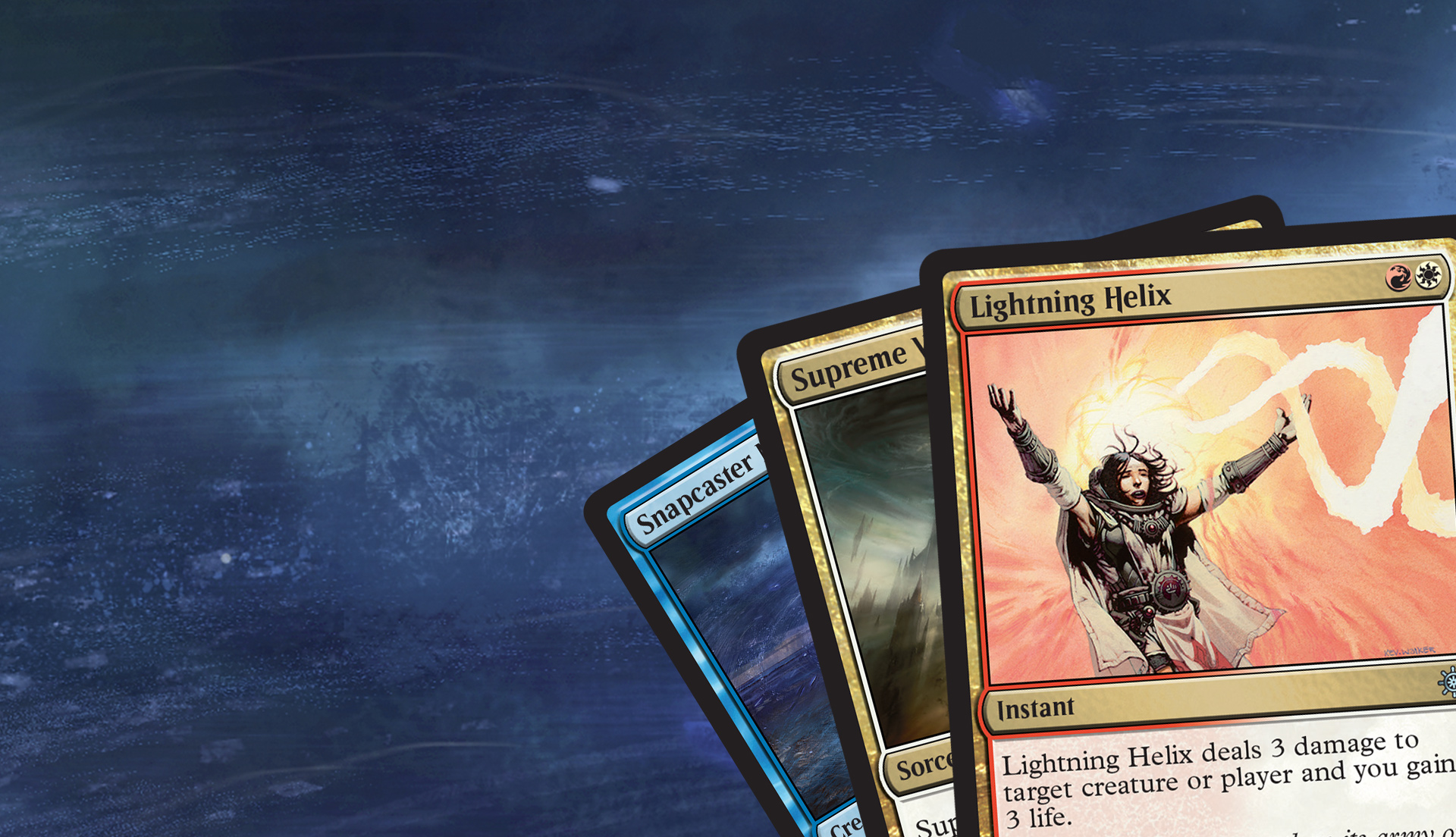 Ravnica has a near-perfect record on producing great Standard environments.

We expect the streak to continue.

Ravnica has a near-perfect record on producing great Standard environments.

We expect the streak to continue.

Roscoe Wetlaufer, Wizards of the Coast

In two months we’ll be back on Ravnica, and we’re on a mission to get as many Standard Showdown events on the calendar as possible. Guilds of Ravnica triggers a transformation in the format, and we want in-store Standard to be both abundant and abundantly supported by Wizards-provided prizes.

Why do we expect Standard to be such a big deal?

For starters, four sets rotate out, which has the potential to create a radically new and exciting metagame. But there’s another reason to expect great things from Guilds-era Standard, and it probably won’t surprise anyone who’s been around a few years:

The plane of Ravnica has hosted some of the most beloved Standard environments of all time.

Note: cards pictured below merely showcase past Standard environments, and should not be mistaken for a suggestion of future set contents. If you’re hoping for help predicting Guilds of Ravnica content, I promise you the following is of no use.

These cleanly-designed and multi-format staples all come from the first Ravnica block. They continue to see play. But what you may not remember is they were also the lynchpins of a historic Standard.

Remand helped form the backbone of Dragonstorm, which took down 2006 Worlds in Paris. Solar Flare reanimated Angel of Despair, and catapulted Paul Cheon and Luis Scott-Vargas through US Nationals and into the Magic limelight. Plus, This Standard also led to arguably the greatest top deck of all time: Craig Jones ripping a Lightning Helix off the top of his deck.

The takeaway for retailers: Ravnica-based Standard occupies a special place in the minds of your players. Virtually every engaged Magic player knows those decks, those pros, that clip. The plane of Ravnica is the backdrop for those memories, and the warm associations that accompany them.

But for me, nothing beats this one:

Perhaps the most remarkable thing about this era of Standard is this: Snapcaster Mage, Supreme Verdict, and Sphinx’s Revelation were not only all legal at the same time, but all playable in the same deck—and somehow we still had a diverse, balanced format.

Even with all that power flying around, there were weird and wonderful decks that were actually viable. It certainly had its menaces, but this era holds my fondest memories of in-store play.

The recipe for this golden era started with the basic premise of Ravnica: it’s a city of guilds. Each guild is based on a different color pair, and they overlap and intersect in ways that lead to multicolor strategies. And with more viable multicolor strategies, more decks see play, more cards see high demand, etc.

And while I can’t tell you about any specific cards in Guilds of Ravnica, but can I tell you that it will, in fact, feature guilds.

The engine was Nykthos, a Theros land, but they ran on fuel from the streets of Ravnica.

The moral of the story: Ravnica has a near-perfect record on producing great Standard environments.

We expect the streak to continue. This fall we’re all-in on Standard. Join us and sign up for Standard Showdown today.

You Should Be Running Casual Standard. Here's Why.