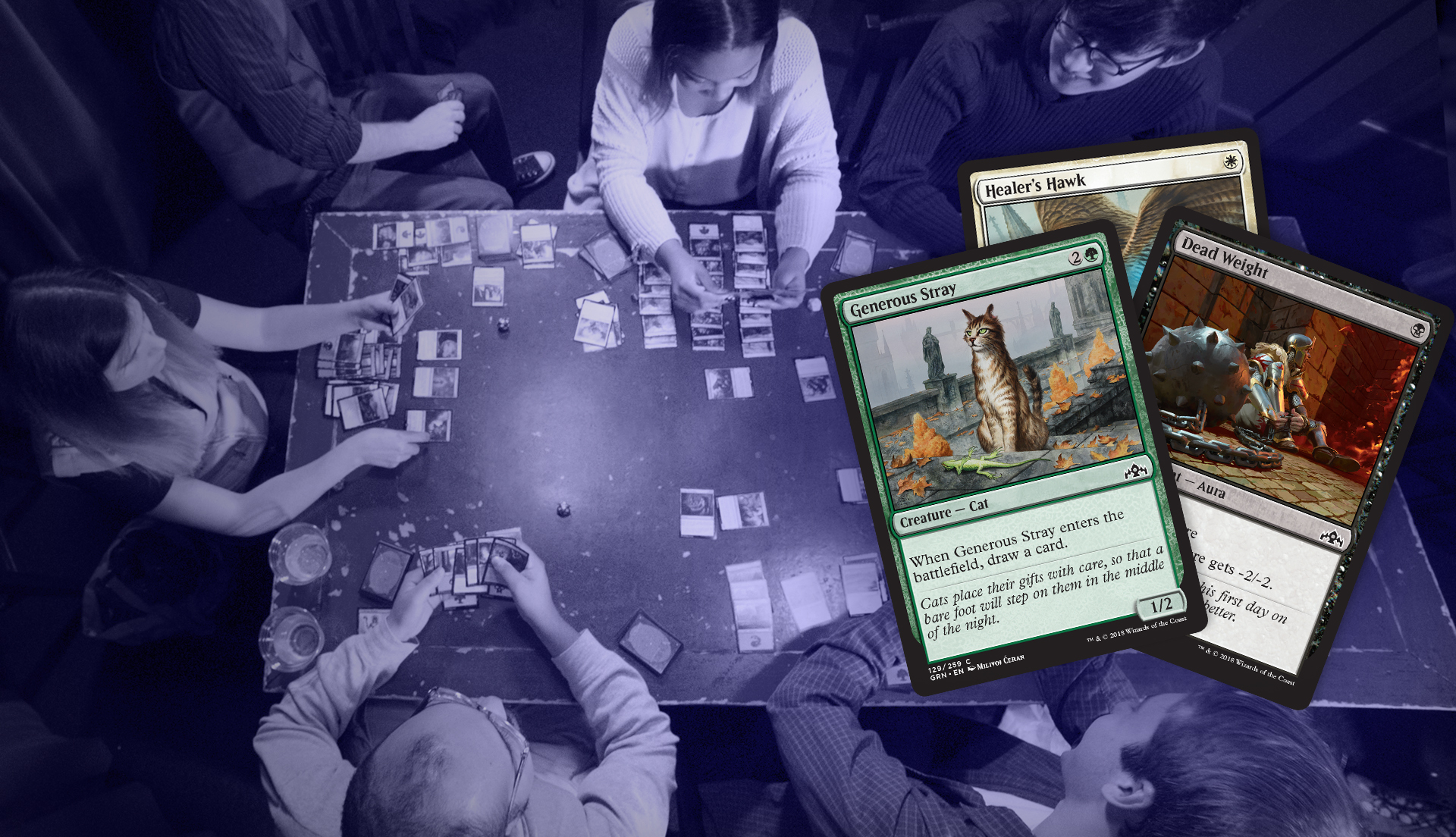 Building A Magic Community. . .With Commons

Building A Magic Community. . .With Commons

"Thank you so much for setting up a gaming club at my son's school. My son has ADHD and mild learning difficulties and was getting bullied at school. Now however he has joined the new gaming club and made an entire new group of friends and is now enjoying school more than ever. He now wakes up looking forward to going to school thanks to the gaming club and new friends he has made."

There's a connection between your behavior as a community member and the perceived value of your services. A Harvard Law study concluded that your community outreach—charity events, volunteerism, etc.—is associated with, among other things, a customer's willingness to purchase at a higher cost.

It's hard to say why. Maybe it's easier to justify purchases associated with good causes. Or maybe it's a kind of value add—they're buying more than the product; they're buying the satisfaction, or the esteem, or the ethical value of doing business with a socially responsible company.

Or maybe it's stories like the above. Maybe people associate powerful results like that—a young student finding relief in a gaming club—with higher quality, something worth a premium. Maybe they hear a story like that they think, "There must be something special about this."

Any store can sponsor a school gaming club.

At Stronghold Games in Hull, England, they began with donations at the till, commons and uncommons donated after the shop's booster drafts, and some Welcome Decks from Wizards. Only a year later the club finds themselves receiving coverage on local news—and thank you letters from grateful parents.

"Even the local police force got involved and called the donation a wonderful initiative that has helped a lot of local children," says Ray Reaney, the store's managing director. Now they're looking to repeat the success at another, larger school, with designs on sponsoring school clubs throughout the region.

"Hopefully over the next five years as we make more school donations," says Ray Reaney, the store's managing director, "the entire Magic scene in the north east of England should grow dramatically."

Everyone wins. The school appreciates the education value of the game (they even try to develop literacy by asking students to write short stories based on their games) while parents appreciate the social avenues created for their kids, and Stronghold enjoys a potentially higher perceived value of their services, and, if all goes according to plan, a massive expansion of their customer base.

So how do you get started? Who do you reach out to?

Most stores will tell you that the first step is to recruit a liaison with the school.

Schools will usually require a teacher to oversee the proceedings, and stores often one from within their player community. At Stronghold, an upcoming program began with a teacher who happens to be a regular at their store. If you need a liaison with the school, start in your own community.

But you don't need a contact from within your player base. It's common to reach out to principals or directors, parent teacher associations, or public librarians. Contact information can usually be found on the school website, and a phone call or formal letter is more effective than an email. (Download an example letter here.)

However you start, you'll give your proposal its best chance of success by having the details locked down ahead of time—so now's the time to be planning!