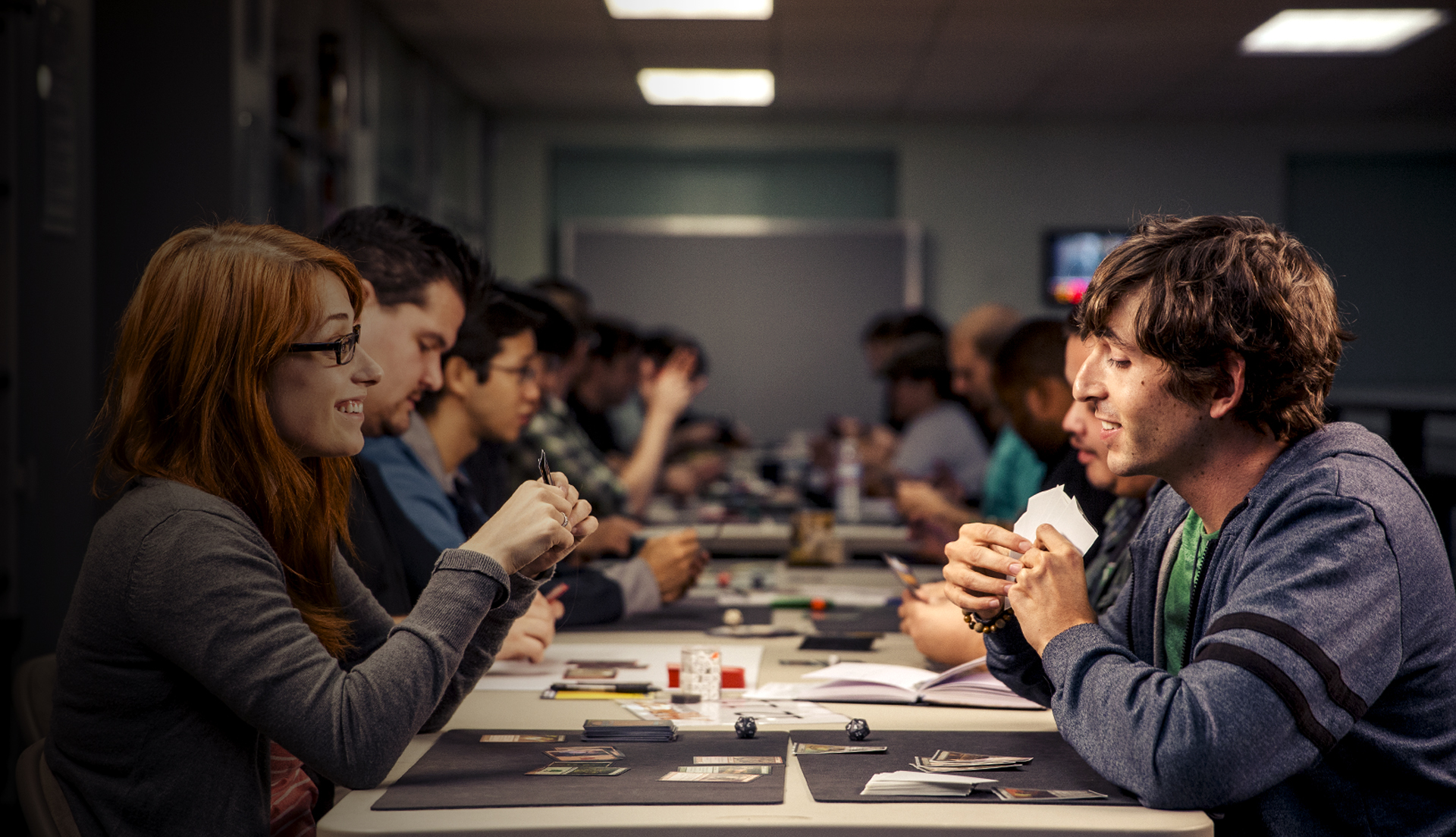 The data is in from the latest mid-season event. Here's how it went, and how you can get in on the next one.

The data is in from the latest mid-season event. Here's how it went, and how you can get in on the next one.

Last weekend, Ravnica Weekend Ravnica Allegiance was the second of these. On May 25, Magic Weekend War of the Spark—open for scheduling now—will be the third. Sign up and you'll get the biggest event kit ever: a playmat, two sets of promo cards, sixty stickers, and a beautiful poster tryptic to help drive attendance.

But that's not all you could get. The 5745 stores that signed up for the first time around all got a piece of higher attendance, more drafters, and a higher return rate from Prerelease.

If you were one of the stores that skipped it, here's a look at what you missed.

That's an impressive number, but the most impressive number is hidden somewhere inside it. The number that really matters is the percentage of those players who would not have otherwise played in a store that weekend.

That's part of the goal of Magic Weekend. Previous mid-season events—Game Day, Store Championship, etc.—have been great at getting enfranchised players out to their LGSs. But Magic Weekend aims at drawing players wouldn't have played otherwise.

For War of the Spark, we're doing that with a unique format. You'll run Magic Weekend in a special one-off format, with special rules curated by Magic’s design studio. We'll broadcast the specifics once we get closer to card previews.

And, while the data can't tell us precisely how many of those players would not have otherwise turned out, we have reason to assume it's high.

Percentage increase in the number of drafters vs. the previous week: 45%.

It's safe to assume that the extra drafters represent mostly pure gain.

Without Ravnica Weekend, trends likely would have continued, and attendance likely would not have diverged much from the previous week. So, these are players that probably wouldn't have played Magic that weekend.

But again, this number only tells part of the story. Drafts spiked by 45%, and that's still only a small percentage of the gain in attendance. Whether it was Guild Kit battles or D&D, Ravnica Weekend gave a lot of players novel reasons to play. And with a special, never-before-played draft format, Magic Weekend War of the Spark will, too.

And we have reason to believe that those novelties drove in some players you don't ordinarily see.

Number of players who came back from Prerelease:

Some players you just see four times a year, at Prerelease. Part of the goal of Magic Weekend is to up that to eight.

With 24,235 of players returning from Prerelease, we're off to a good start.

And so is Magic Weekend. We think these benefits are more than worth the effort, and the 2728 stores that have already signed up seem to agree.

So schedule Magic Weekend War of the Spark right away!