Catch up on details from the products announced during Wizards Presents—including events, set previews, and beyond!

Catch up on details from the products announced during Wizards Presents—including events, set previews, and beyond!

Wizards Presents was packed with announcements and reveals for upcoming products for Magic: The Gathering, Dungeons & Dragons, plus some enticing previews from our Universes Beyond line of products.

Here's everything you need to know from the event, from events you can schedule to card previews you can use to advertise your events to players.


In The Brothers’ War, your players will follow heroes of modern Dominaria as they travel through time to get a glimpse of a battle from years past where larger-than-life automatons take center stage. Check the details for what's coming on our product pages.

One unique element that you can take advantage of as you advertise Prerelease is the packaging variation between the two Prerelease Packs: one shows Mishra, the other Urza. The design of the packaging is the only difference between them—no matter which brother your players choose, they will have regular Draft Boosters from The Brothers' War to build their decks from.

You can begin scheduling your events for The Brothers' War today, so take a look at the key dates below, review our Events Calendar and start filling your EventLink with events for your store.

The earlier you schedule events, the sooner you can start collecting preregistrations, whether they're from your most engaged players or from new players interested in the set.

We kicked off our 30th anniversary with three promos selected from Magic's history: Serra Angel, Ball Lightning, and a German-language Fyndhorn Elves. The promo train continues, and we are sending out four more to support your events for The Brothers' War, selected from the years 1996–1999:


The promo Loyal Retainers will be printed only in Chinese (Simplified), which is the second of seven promos printed in another language we produce Magic in, to celebrate fans all over the globe!

These promos will be arriving in your marketing materials kit for The Brothers' War, but in the meantime begin sharing these with your players now to build the hype.

Magic's first Universes Beyond Commander release, Warhammer 40,000 Commander Decks, brings a crossover of tabletop titans, and we hope the Magic and Warhammer 40,000 fans in your community are already looking forward to its release on October 7. In the meantime, be sure to continue using every asset at your disposal to garner engagement and convert it into preregistrations for the Commander Launch Party.

Share each of the four exciting new art pieces for Sol Ring across your social media to strike up a conversation about the crossover with your community.

If you haven't already, don't forget to schedule your Commander Launch Party event for the launch of Warhammer 40,000 Commander Decks


Bringing the Fellowship to Magic with The Lord of the Rings: Tales of Middle-earth™

It's one set to rule them all—in 2023, your players will join Frodo on his quest with the release of The Lord of the Rings: Tales of Middle-earth™. The set will be coming to local game stores as well as Magic: The Gathering Arena. This set is fully Modern-legal and packed with products you can use to unite fans of one of the most beloved fantasy franchises of all time with Magic.

To help bring one of the most iconic realms of all time to Magic, we feature several new card treatments, including borderless scenes. Borderless Scene cards, once collected, form recognizable scenes from the books, like the climactic Battle of Pelennor Fields outside of Gondor.


The Lord of the Rings: Tales of Middle-earth™ releases Q3 2023—in the coming months, we'll share more information about the product lineup and breathtaking Booster Fun.

We've revealed a number of Magic sets and products coming in 2023 that your players can look forward to:


Keep an eye out for more information about each set as they draw closer—and if your players are itching for early story previews right away, be sure to direct them to MTG Daily for the latest player news and updates.

The epic story arc that begins with Dominaria United will continue for the entire Standard season, and WPN Premium locations will have two upcoming opportunities to put events on your calendar that celebrate upcoming releases.

Beginning with Dominaria United, WPN Premium stores that achieved their designation before July 1 may host Commander Parties from September 30–October 2. This will be the first of four interconnected Commander Parties taking place over the next year, following alongside the story of each set.

Materials for Commander Parties are available only in English, and you can pass out the Phyrexian language promo card to participating players. 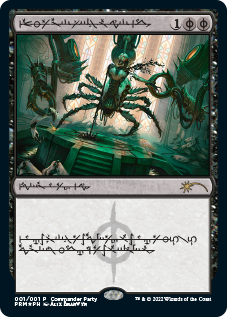 WPN Premium Preview Events give your community the opportunity to try out a new set a full week ahead of its release. Achieving WPN Premium by October 21 will give your store the ability to host one of these exclusive events for Dominaria Remastered.

Dominaria Remastered is a love letter to Dominaria, Magic's most storied plane; the set includes dozens of remastered cards from 27 Magic sets that took place entirely on Dominaria, as well as several other cards from sets that have included some Dominaria content.

Dungeons & Dragons has a future full of new releases, adventures, and experiences for your players to try at the table.

For the first time, we are bringing Dragonlance to fifth edition with an RPG adventure book and a deluxe edition that includes a collaborative board game, Dragonlance: Warriors of Krynn. 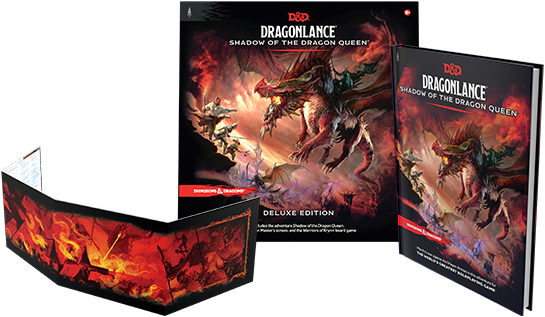 The board game contains miniatures and game pieces that, on its own, can be used as a collaborative game where players act as heroes amid an unfolding war. Combined with Dragonlance: Shadow of the Dragon Queen, the board game can be used to facilitate sweeping, epic battles during a players' campaign.

Be sure to check out all the details on our product page.

Your players can look forward to the following major releases in 2023, along with everything we mentioned so far:

From anthologies to campaign collections, each release coming to Dungeons & Dragons will further support ways for players to have more fun at the table. Check out more information about each title from the full Wizards Presents announcement.

We are developing the next generation of Dungeons & Dragons—codenamed One D&D—giving your RPG community even more ways to expand their play and have fun with their friends. We're launching a playtest through D&D Beyond starting today, and we encourage you to share the news with your players!

Learn more about our vision, goals, and initial playtesting results from the Wizards Presents presentation.

That's a wrap! Be sure to capitalize on the community buzz surrounding each announcement by filling out your event calendar so you can direct players to sign up for your store's events right away.