Everything There Is To Know About The New Promo Packs

Everything There Is To Know About The New Promo Packs

Core Set 2020 previews are underway and your new promo packs are coming next week.

The new promo packs have big implications for your in-store Magic strategy. How to give them out, how to get more—before you start putting your plan together, let's make sure you've got all information you need.

What do the new promo cards look like? What exactly does "promo-stamped" mean? Now that previews are officially underway, we can finally show you. 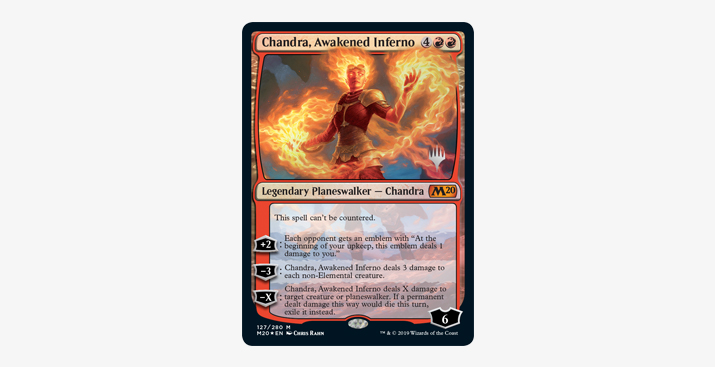 Slot one is a promo-stamped rare or mythic rare from Core Set 2020. Could be any rare or mythic from the set. Note the promo stamp in the bottom right. 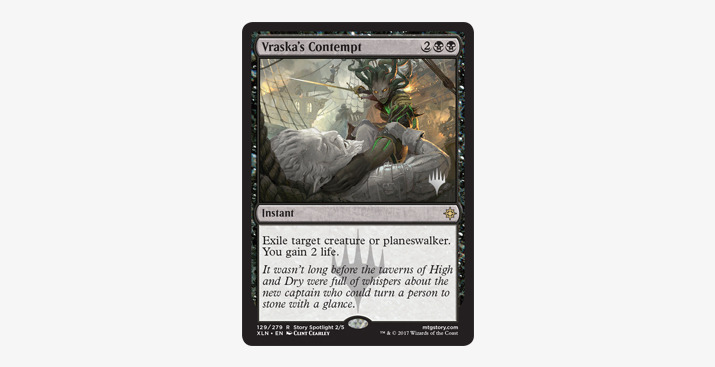 Slot two is a promo-stamped rare or mythic rare from a curated list of cards from between War of the Spark and Ixalan, selected by Magic's design studio.

There's a twist in this slot: one in four promo packs will have a Japanese-only alternate art planeswalker, previously found only in Japanese War of the Spark boosters. That goes for the foil packs, too. (The planeswalkers will be foil when they appear in the foil packs.) 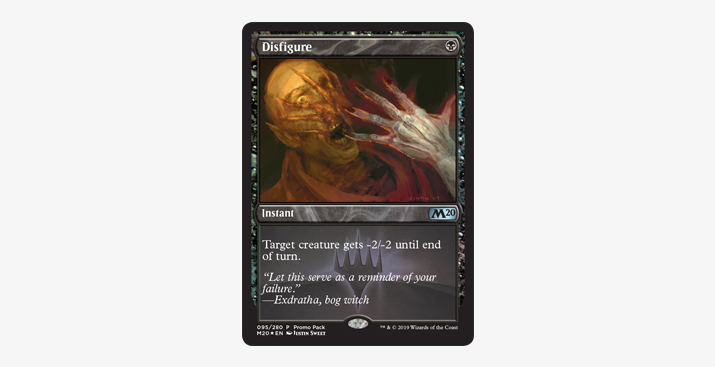 Slot three is the promo slot. Think FNM. Could be one of five promo cards, one of which is Disfigure. 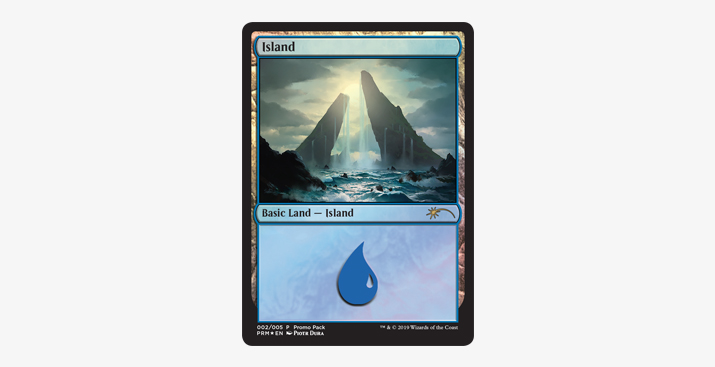 When we talk about promo quantities, we're talking about two different things.

First, the number of individual cards. This goes up for almost everybody. At eight packs a week (that's about average) M20's twelve-week season gets you ninety-six packs. At four cards a pack, that's 384 cards—above the maximum any store got for WAR.

Second, we're talking about the number of different promo cards—as in, alt art/alt frames. This stays about the same, or goes up, depending how you look at it. The promo slot could be any one of five different promos, plus the Japanese planeswalkers. 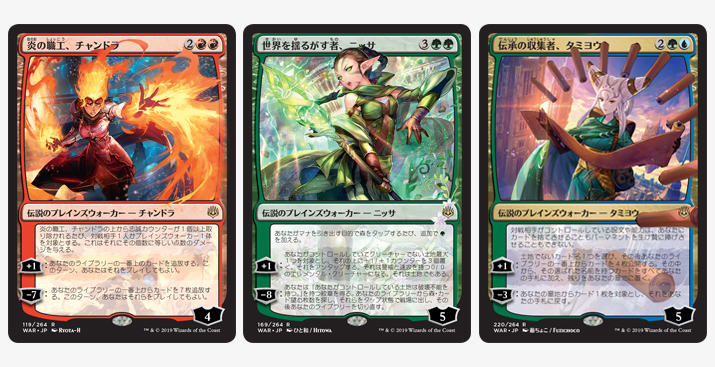 But there's another way to look at it, and it speaks what's so exciting about the new packs: the variety, the surprise, the nearly endless configurability. Between all four slots, there are 236 different cards your players can open in a promo pack. With so much variety, each new promo pack is an exciting prospect—no matter how many you've opened.

Each season, we'll send out your numbers in the weekly WPN Update, including your promo pack total and what you can do to get more. There are lots of ways to boost your numbers, but they're all basically some version of this maxim: schedule events, then run them.

If you haven't scheduled the full complement of Core Set 2020 events, now's the time.

And keep in mind that, while the new system is designed to focus on the cardinal formats, your metrics are indifferent to everything else. Tournament or Casual—doesn't matter. Two players or two hundred—your metrics don't know the difference.

That's important, for this reason: most stores need more Tickets to boost their allocation. Not more Engaged Players.

It's true that Engaged Players represent the greater challenge. But we knew that would be the case when we chose the thresholds, so we set them accordingly. Nine percent of the WPN can boost their allocation by increasing their Engaged Player count. Fifty-two percent can do it with Tickets. (The other forty-seven percent need both—which means they, too, need more Tickets.)

In other words, the gap between one Engaged Player threshold and the next is relatively small—a few Engaged Players go a long way. Meanwhile, Tickets are easier to accumulate, but the distance between thresholds is wider.

Recommended Distribution: Use Packs to Get More Packs

In the old days, you were rewarded just for scheduling your events. However you chose to distribute them, whatever behaviors you chose to reward, you'd get the same promos next time around—provided you scheduled the same events.

Under the new paradigm, your promo allocation is linked to your results and, presumably, your results are linked to how you use your promo packs. Our best recommendation is to reward players for the same behaviors you get rewarded for: repeat visits, supporting Magic's cardinal formats, and so on.

In other words, we recommend using your packs to get more packs.

Here are our recommendation for how to apportion your packs throughout Core Set 2020 Season:

It all starts next week!