A week into previews, we've seen about 75 of Ravnica Allegiance's 259 cards—so only about a third of what the set has to offer. But with those sixty cards we can paint a pretty accurate picture of what the set's about, what your players will love about it, and, ultimately, what will sell it. 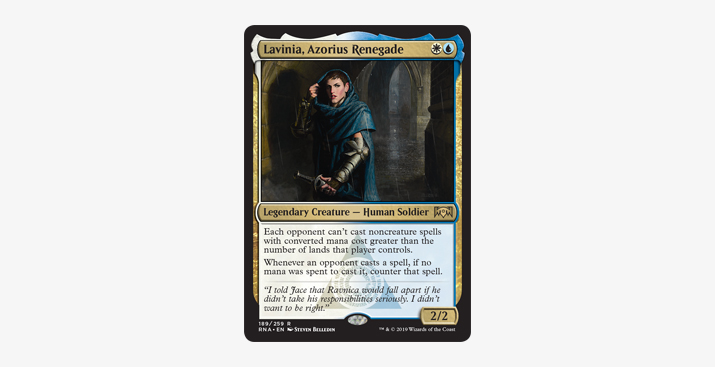 Simply put, people love Ravnica. Its world-sized cityscape, its colorful guilds—these things resonate with players enough to make it a strong contender for the most popular of Magic’s thirty-plus planes.

Ravnica occupies a special place in the minds of your players. Virtually every engaged Magic player knows its guilds, its characters, its history. The plane of Ravnica is the backdrop for so many Magic-related memories, and the warm associations that accompany them.

Like Guilds of Ravnica, those associations are a major demand driver for Ravnica Allegiance. Inside players will find novel twists on familiar Ravnican hallmarks. Like Lavinia, Azorius Renegade—whom players will remember from the Return to Ravnica block.

2. It's got the other five guilds. 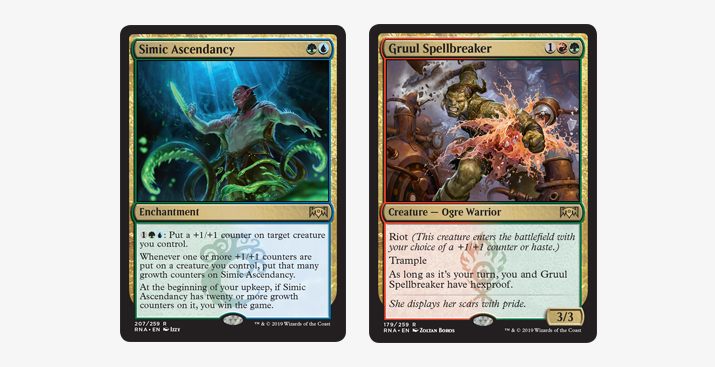 Just ask the stores that sold out of Guilds of Ravnica Guild Kits within a week of release. (There's more coming for Allegiance.) Ask any store that took players' Prerelease Pack guild preference when they took preregistration. (Packs will be guild-based again this time around.)

Maybe Izzet suits their play style, maybe Dimir suits their personality, or maybe they just have fond memories of pummeling opponents with endless tokens in Selesnya. Whatever it is, every player has their guild. Ravnica Allegiance completes the cycle—your Azorious, Simic, Gruul, Rakdos, and Orzhov players will rejoice.

And that—finishing what Guilds of Ravnica started—is another major demand driver in this set. 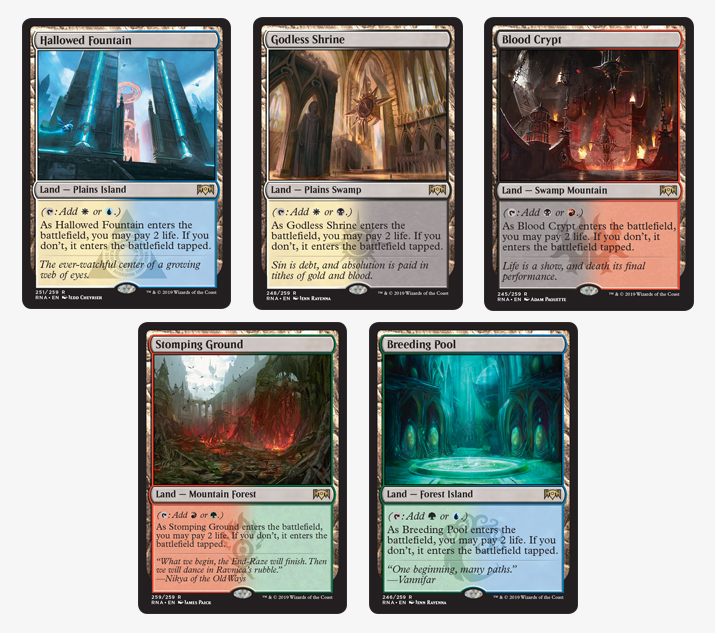 "Shock" Lands, split cards, guild leaders—Guilds of Ravnica started each of these popular cycles, and Ravnica Allegiance completes them.

That matters—especially for Standard. The remaining "Shock" Lands open all sorts of new deck options; split cards, with both early-game and late-game value, always offer great versatility; and the guild leaders consistently make a splash (For GRN, Aurelia and Vraska especially see play.)

And that's just the returning constructed all-stars. Plenty of other cycles are aimed at driving your draft and Sealed attendance, like lockets and guildgates (there'll be a guildgate in every pack again).

And relevant to both the constructed and limited appeal of the set is this: 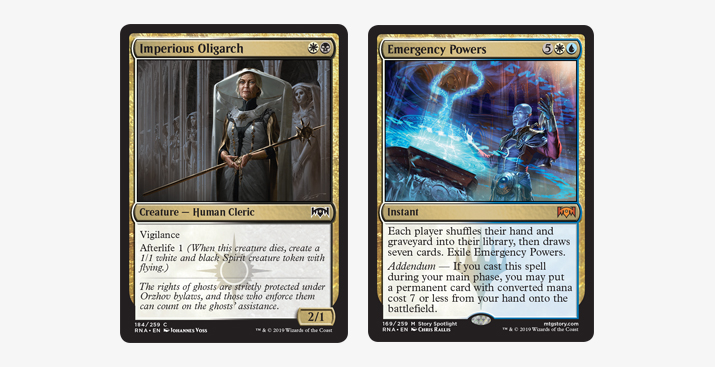 Part of the joy of Ravnica and its guilds is playing with the mechanics unique to each one.

For GRN, Surveil and Mentor especially attracted herds of Standard players and drew them out to FNM and Standard Showdown.

For RNA, Orzhov's Afterlife mechanic could wind up in the popular "white weenie" decks, while Azorius's Addendum mechanics promises some absurdly powerful plays—so long as you can cast them during your main phase.

And that's just in the first seventy-five cards. There's plenty left to see in Ravinca Allegiance—but it all comes back to these four key selling points.

Put them to work in your advertising and your conversations with customers.