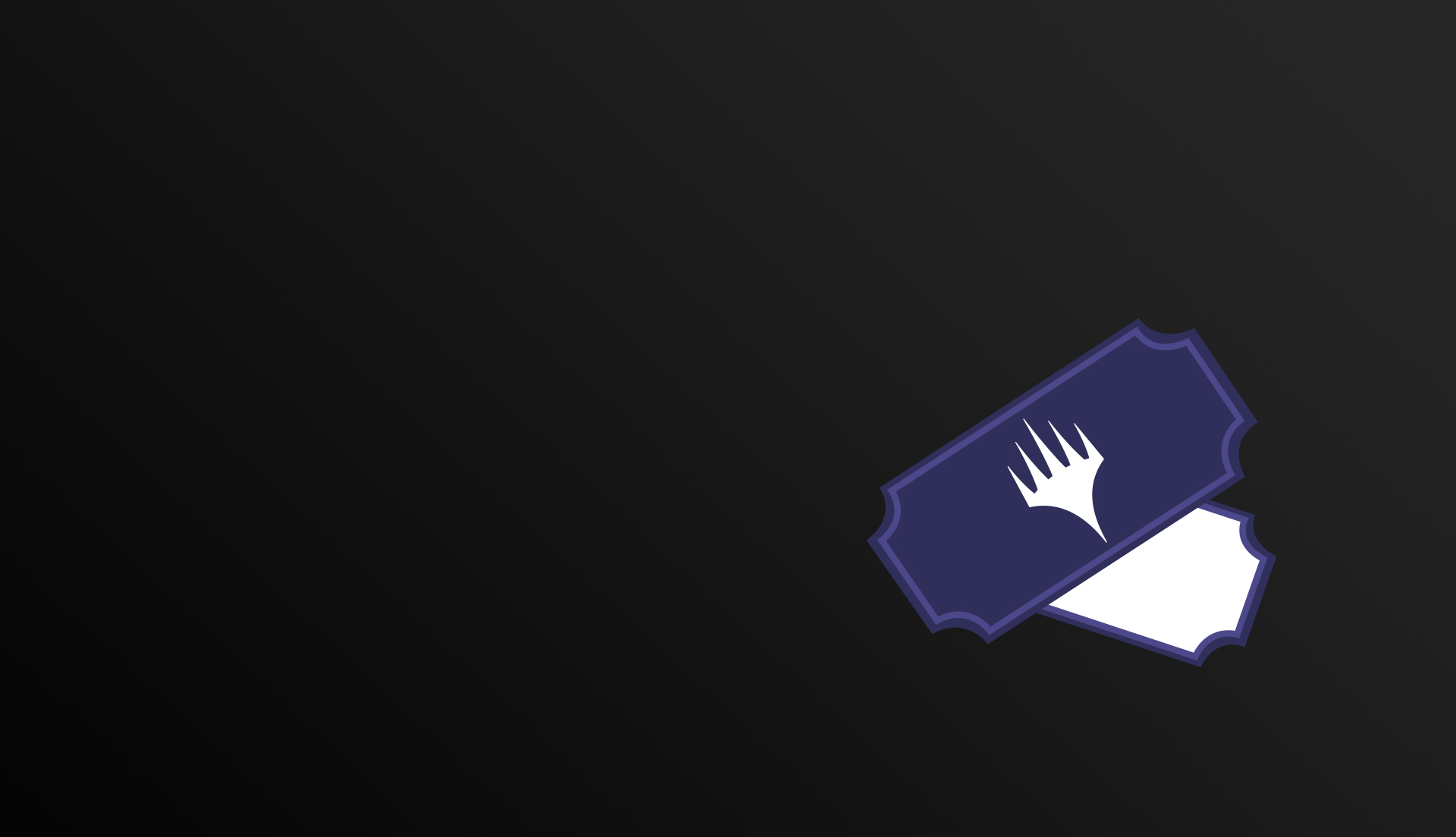 Are You Getting Credit for All Your Tickets?

There's a really simple way to boost your Tickets: report them all.

Are You Getting Credit for All Your Tickets?

There's a really simple way to boost your Tickets: report them all.

There's a sense in which all of tabletop Magic hinges on casual play.

By "casual" we mean "not a tournament." Unplanned, with no formal organization. You wander down to the LGS and whoever's there, that's who you play. In these scenarios, the commodity WPN members supply isn't just cards or dice or books. It's opponents.

That's central to any game's success. Before a player will invest in a game, it helps to know they'll have opportunities to play it. Digital Magic has matchmaking features to make sure they will. Tabletop Magic has you.

It's absolutely a demand driver, and WPN members can absolutely be rewarded for providing it. Casual events can contribute to both your Ticket and Engaged Player totals, and thus boost your promo pack allocation.

Here's a guide to making sure you get those rewards.

Our best recommendation for capturing unstructured casual play is to track one event, per format, per day, and report any players in that event.

From Wizards' perspective, the data we get from this give an accurate representation of what's happening on the ground.

1. Format-wise, be as specific as you can.

We see an awful lot of casual play get reported as "Casual Constructed" or "Other." Use these only if none of the other categories apply. There are two reasons for this.

First, we want the most accurate data possible. The more specific you can be, the clearer the picture we get of what's happening in your store and stores across the world. Data like that help us understand what players want from in-store play, and therefore helps us provide it.

Second, players like to have accurate play history. Players see your events in their Planeswalker Points, and they're very likely to let us know when something looks off ("This event was Modern, not Standard" or "Can you change this to say Commander instead of Other?")

2. Limit reporting to one event per format.

Avoid, for example, reporting a new event for each Commander pod. Capture all of the day's casual Commander play in a single event. This type of reporting can look an awful lot like falsifying Tickets—it can trigger a flag in our system and could even result in an investigation. No one wants that.

Tabletop Magic is the biggest it's ever been.

A few weeks ago, Modern Horizons drew more drafters in a single day than any other day in Magic history. Four of the five biggest Prereleases ever took place in the last fourteen months. More new players joined in-store play since Core Set 2019 than any previous twelve-month period.

With such lofty highs, it's easy to forget the humble foundation of tabletop Magic's architecture: simple, friendly, everyday casual play.

Report your contribution to it to make sure you get credit.