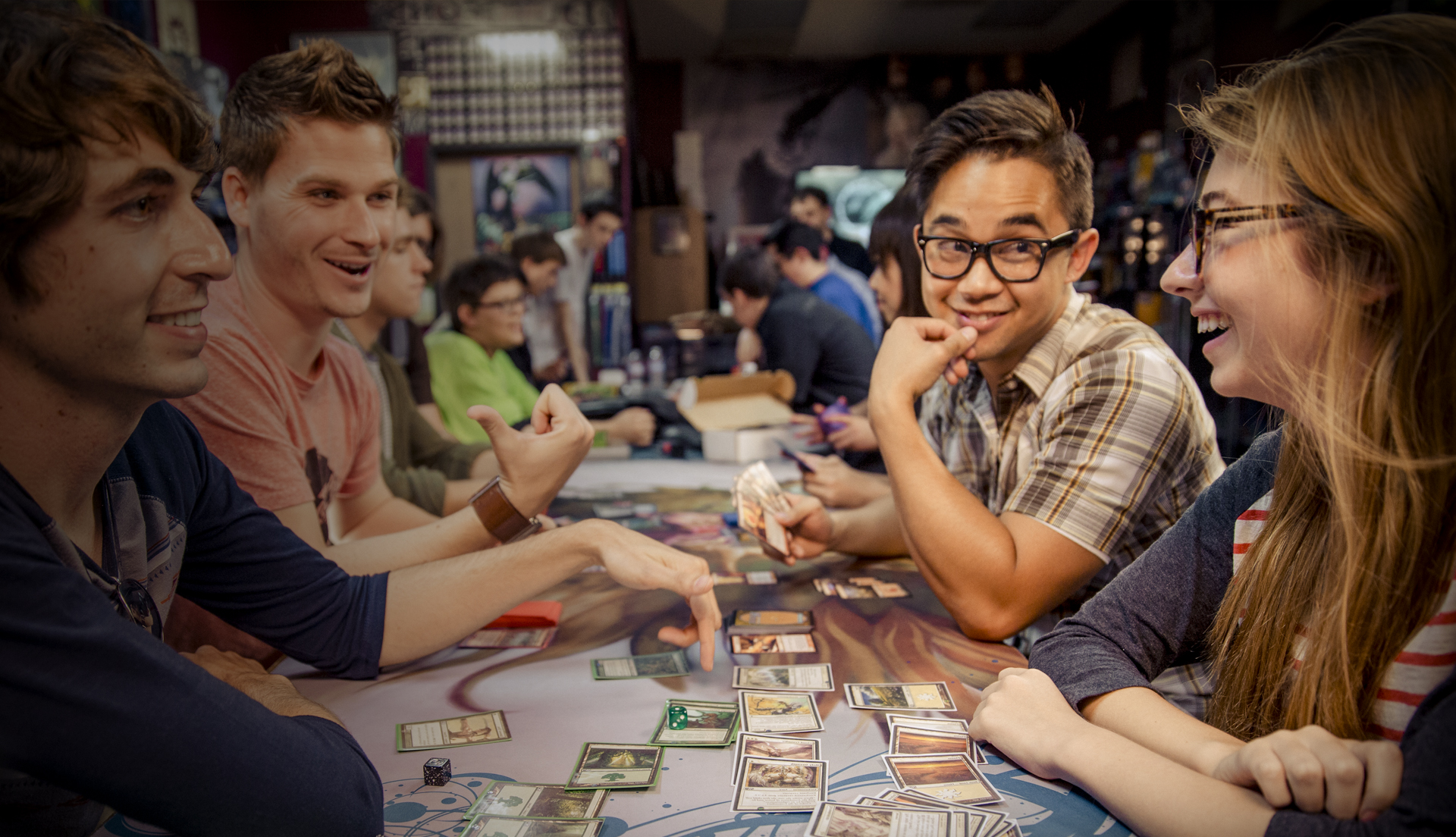 2020 will bring more Commander decks than ever, WPN exclusive Commander products, the inclusion of Commander events in your metrics, and much, much more.

2020 will bring more Commander decks than ever, WPN exclusive Commander products, the inclusion of Commander events in your metrics, and much, much more.

Read an unabridged version of this article on Daily MTG.

Commander is a grand unifier. It's become the default way to play for so many people—the language people looking for a casual, pick-up game of Magic are speaking.

But the products haven't really followed suit: we've still just released that one series of Commander decks a year. Sure, sometimes we'd make a Commander Arsenal or Anthology, or a set like Battlebond with plenty of Commander cards. But that's it.

So let's change that. We've been working on a ton of stuff for Commander players—and in 2020, it's finally time to show it all off.

First up: something familiar, with a new twist.

Every year, we come out with our series of Commander preconstructed decks. Those aren't going anywhere—and in fact, next year they're coming sooner than usual!

Oh, and we're doing five decks instead of four, with seventy-one brand-new cards—more than ever before. The new cards are not also found in Draft Boosters. They were made just with these decks in mind!

What's the occasion? Well, for Commander (2020 Edition), we're trying something new: we're aligning the Commander decks with Ikoria: Lair of Behemoths. They'll release with Ikoria on April 24, and players will even be able to try them (in casual play, of course) at the Ikoria Prerelease April 17–19!

These replace the Planeswalker Decks for Ikoria (though they're completely different), and they aren't the only preconstructed Commander decks you'll find on shelves next year! Let me tell you about. . .

This is something I never would have anticipated saying a few years ago: people are learning Magic through Commander.

For a long time, we had considered the format an anathema to new players, full of complex interactions, every single mechanic, and tons of cards to keep track of. I mean, somebody could even cast a card with banding!

However, as it turns out, realistically, that's not how Magic works. You start playing, and you want to play with your friends. So, of course you're going to pick up whatever they're doing.

So we're launching two Commander decks with Zendikar Rising. These are meant to be awesome on-ramps to Commander, with a few new cards (three per deck) and the rest reprints, full of things players will want to kickstart their Commander experience.

Well, Planeswalker Decks are also good for learning, and we're still doing them for Core Set 2021. But in many cases, people want to hop into what their friends are doing—and the casual, relaxed, multiplayer nature of Commander is a pretty great place to land.

Okay, so those are some preconstructed decks. What else is coming?

Let's take a look at a brand-new product!

Coming later in 2020 is something for Commander players that they'll only find in WPN stores: the Commander Collection!

These are eight reprint cards in a box, themed to a color. For this first one, we've selected green—the color of ramp, big creatures, and all kinds of things you probably love if you play Commander! 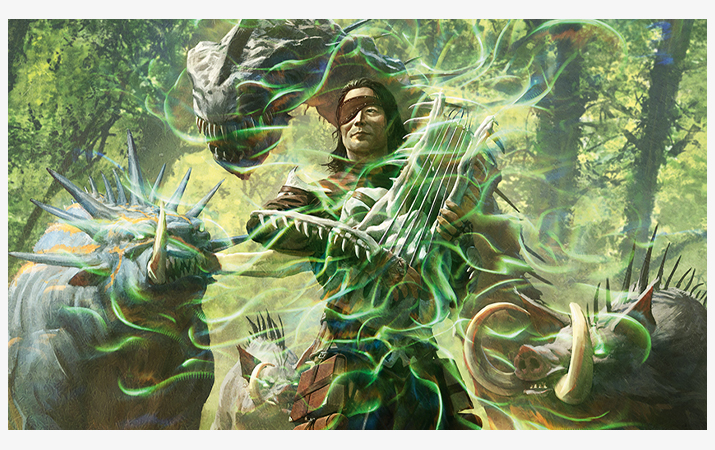 Now, I know that's a lot. But we're far from done.

In fact, I'm about to announce what is one of our most exciting Commander products ever.

I'm thrilled to finally be able to tell you about. . . the Commander Legends set.

It's a full set for Commander players. It's Draft meets Commander. It's over seventy brand-new legends for you to build decks with. And it is awesome.

Commander Legends has twenty-card packs, with a foil and two legendary creatures in every single pack! I'll get into the details of how you draft it as we get closer, but rest assured, it works great and you really feel like you've drafted a Commander deck. 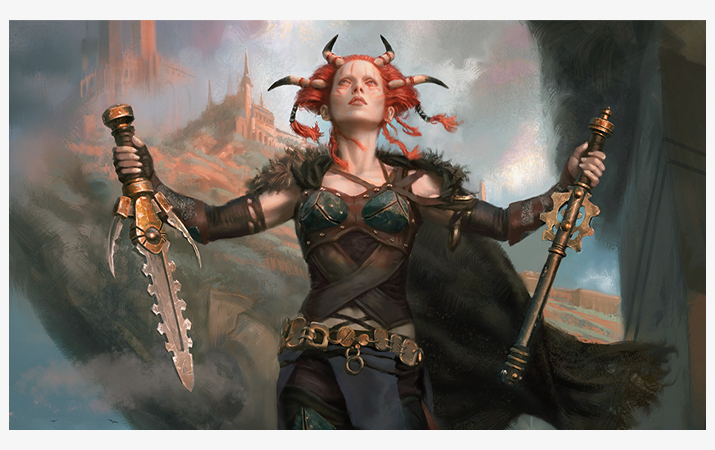 It's one of the most exciting sets I've ever worked on.

And with it comes one more bit.

Finally, Commander Legends comes with two Commander decks of its own!

These are very similar in philosophy to the ones we're launching for Zendikar Rising—though, the decks themselves are plenty different. They each feature three new cards not found in Draft Boosters and the rest as reprints.

2020 will be the biggest year in Commander's history—and our product lineup is going to be a huge piece of this.

And so is in-store play. I already told you about Commander Decks at Ikoria Prerelease, and WPN members can expect plenty more Commander action in their stores: Ikoria will also bring round two of Magic Weekend: Commander, and Commander Legends will get a Prerelease.

But maybe the biggest thing coming is this:

Like I said, Commander has become the default format for so many of our players. And soon the Wizards Play Network's metrics will accord with that reality—Engaged Players will count Standard, Sealed, Draft, and Commander.

The change will coincide with next year's launch of the new tournament software. From that point on, any Commander Tickets reported using the software will count toward your Engaged Player total. More details to come in 2020.

In the meantime, here's to revving up for the best year in Commander history!

How to Create an In-Store Commander League with Commander Nights

Reach WPN Premium in September, Get Commander Exclusives and More