You might associate Face to Face Games with high-level play, but their community is remarkably diverse. Here's how they did it, in their own words.

You might associate Face to Face Games with high-level play, but their community is remarkably diverse. Here's how they did it, in their own words.

You might associate the name Face to Face Games with Pro Tour Champions and 2,000 player Grand Prix. But their community—especially at the Toronto location—is remarkably diverse: at least 25% of their players were introduced to organized play less than a year ago. We asked manager Anthony Cameron to tell us how they curate great experiences for different player types. Here's what he had to say.

The first time co-owner Kelly Ackerman and I walked into the future home of Face to Face Games—Toronto, we chatted about the stores we had grown up in.

When we were kids, we didn't always have the money or the knowledge to play as much as we wanted. The more we talked with our future staff, the more it became apparent that this was universal.

We asked ourselves: how can we create a better experience for our new players than what we had?

This was the start of Apprentice League.

Apprentice League was designed as a free stepping stone for new players into Standard. Twice a week, a staff member sits with newcomers and pairs them together with established players. We explain the rules, hand out Welcome Decks, and sit down to teach the basics. 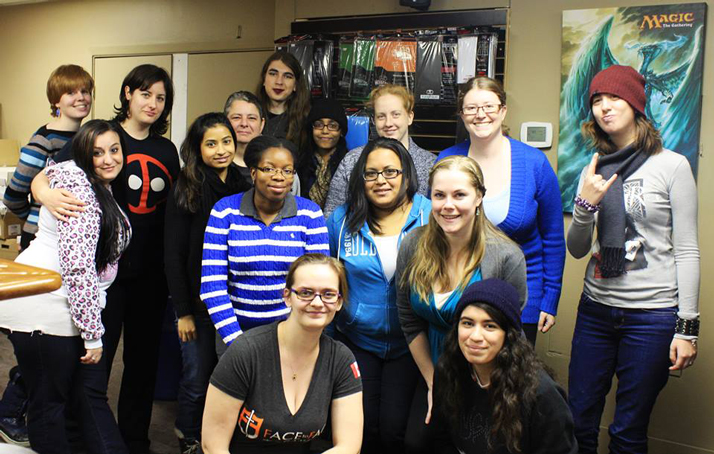 The event creates a comfortable environment for new players to compete at their experience level. Plus, younger players in the community have something to do after school that doesn't involve a TV or computer screen. We've even seen parents join the league to spend more time with their kids and better understand the game we all love.

It doesn't take long for the kids to grasp the fundamentals and start looking for new opportunities to improve.

But where do they go after Apprentice League?

Typically, we see them move toward Standard or Draft, and we've created a suite of play experiences that lets graduates choose the right environment for them.

On the more "social" side is Duels for Dinner. It's a free event that awards undefeated players with a meal from our café. Apprentice League graduates often start here before taking on something more competitive—like a Sunday Showdown. 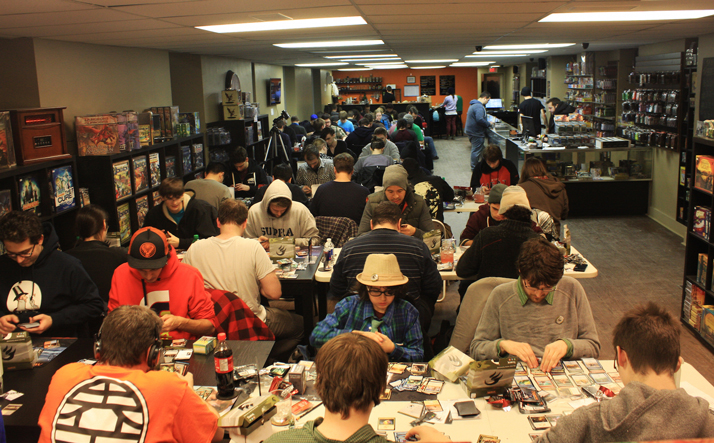 The Sunday Showdown Series is way on the other end of the spectrum. It's a live-streamed event that offers players the chance at big prizes and a little local fame, as well as the opportunity to go back over old footage to review their gameplay.

The idea is to create a schedule that accommodates all types of players.

Then, strategically overlap them to maximize the total number of players in store each day.

And above all, work with people who love the game, care about the players, and listen to the feedback from the community!

By Anthony Cameron, Manager of Face to Face Games—Toronto