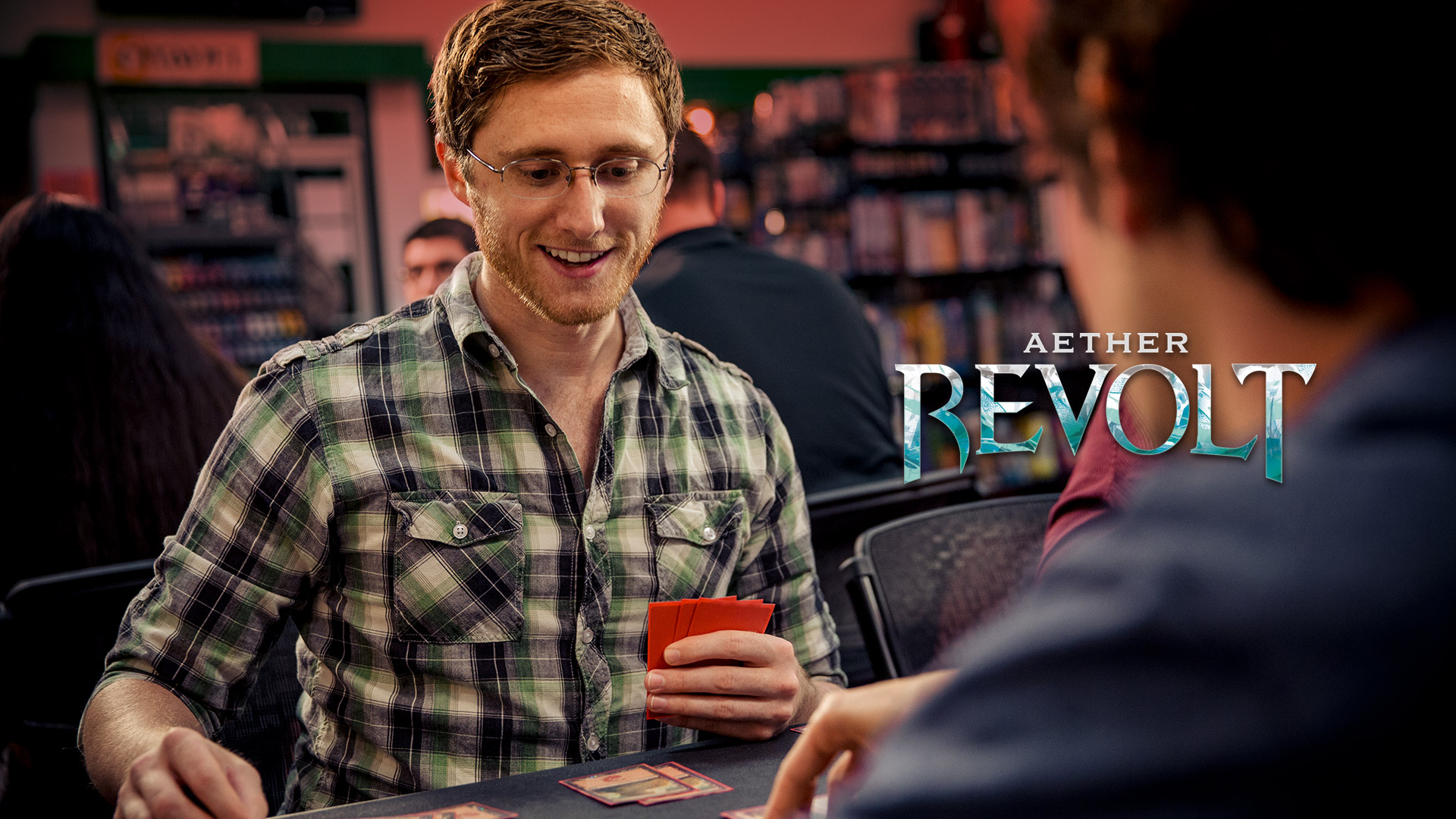 Help drive more new and casual players into your store by trying out our in-store Magic league program!

Help drive more new and casual players into your store by trying out our in-store Magic league program!

Last October, we launched our first Magic league playtest, and for many stores worldwide, the casual, new player-friendly pilot program, was a resounding success.

At Oh My Game, the Magic league brought their competitive and casual players together in a way they never thought possible—bringing over fifty-five players into their league and escalating their status from Advanced to Advanced Plus.

I’ve also never sold this many boosters, ever. —Zuher Turbi

If you missed out on the Kaladesh league playtest, you’ve got a second chance to try the program, before we launch it officially with Amonkhet.

How to Run the League

1. Run the league over four successive weeks. The start date is Monday, January 23, but you may begin later if it’s more convenient.

2. Issue two Aether Revolt booster packs, one Kaladesh booster pack, and a league match card to each player when they join the league. Entry fee is up to you. A match card is available to download on our marketing materials page, under Event Accessories.

3. Instruct players to build a minimum 30-card deck from their three boosters and play as many matches as they like. There are two special rules: matches should be just one game, and each player may take one free mulligan per match.

4. Allow players to add an additional booster to their pools each week and after every three losses. It’s not necessary to report match results to Wizards, but you're welcome to track wins and losses as you see fit. (For example, you might keep league match cards at the store and have players report results as the league goes on).

5. Schedule and report your league in Wizards Event Reporter. Use the “Magic League” option in WER and report it weekly. This is how we’ll identify participants.

6. Issue rewards at the end of the league. Rewards are at your discretion. We recommend rewarding players with 10+ wins and for accomplishments like "most improved" or "most new players recruited."

There’s no program to sign up for. Instead, schedule a "Magic League" event in Wizards Event Reporter and report it weekly, beginning the week of January 23.

Since this event does not use rounds, the "Player List Only" checkbox will already be marked.