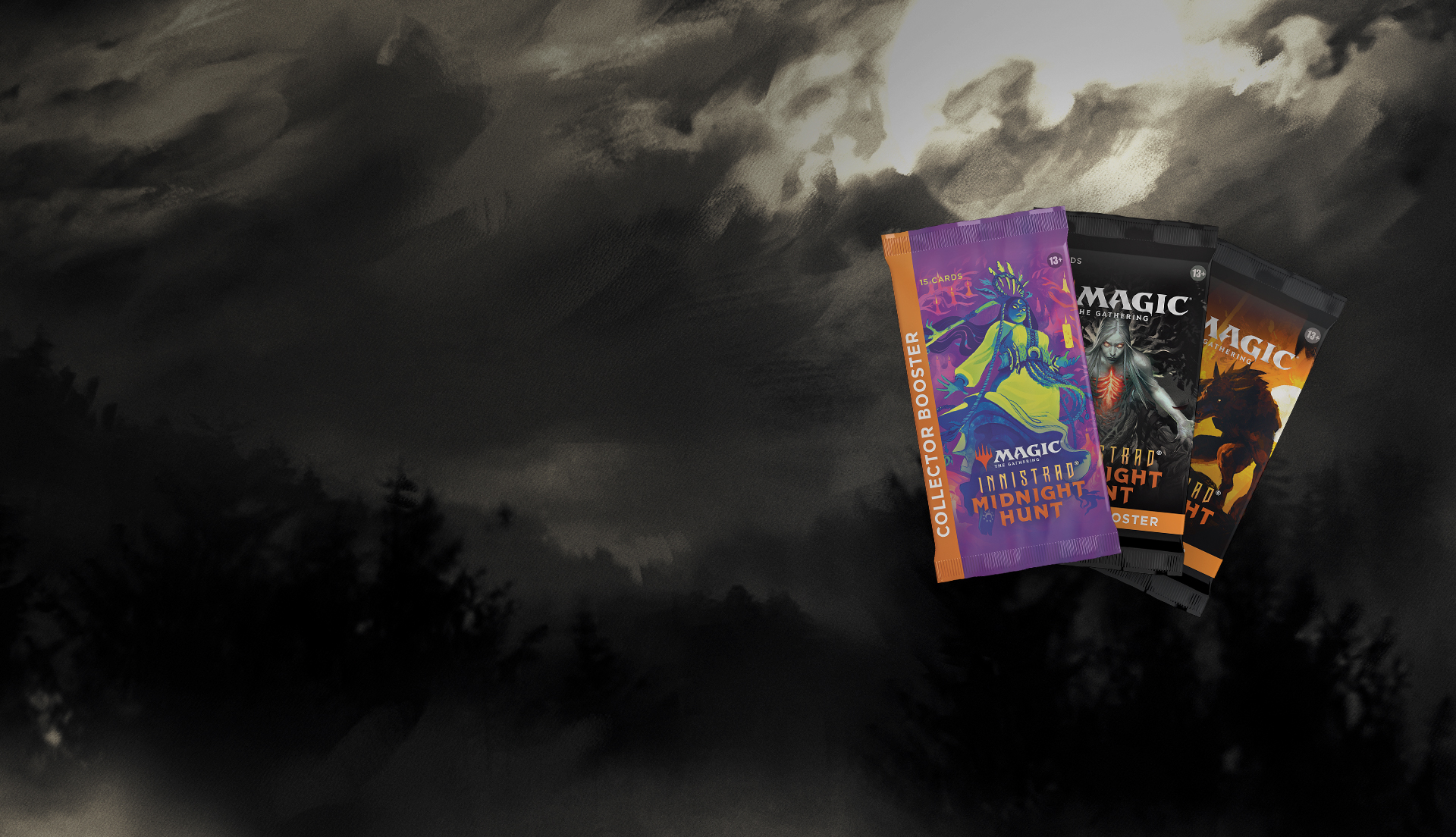 Product mix overview and what’s available to sell for Prerelease on September 17.

Product mix overview and what’s available to sell for Prerelease on September 17.

There’s so much Gothic horror goodness in this set it’s sure to give your customers thrills and chills. Innistrad: Midnight Hunt has a spooky lineup of new mechanics, including Daybound/Nightbound, Coven, and Disturb. Plus, eye-popping showcase Eternal Night treatments—available in Draft, Set, and Collector boosters.

Here’s a deep dive into what is available and where for Prerelease. So, grab your candles, it’s time for the Harvesttide festival!

Due to logistical issues, Innistrad: Midnight Hunt promotional materials in North America will be split into two shipments.

What You Can Sell During Prerelease

You can sell the Prerelease Early Sale Promotion products for Innistrad: Midnight Hunt listed below and Prerelease Packs for the entire week of Prerelease, from when your store opens on September 17 through September 23.

As always, individual packs from any leftover early sale boxes can be sold on or after the set release day.

All regions except Korea and Taiwan will have Set Boosters for Prerelease prizing for Innistrad: Midnight Hunt.

Don’t forget: Metrics have begun counting in U.S., Europe, Canada, and China. That means these regions can take advantage of the five foil, retro-frame Love Your Local Game Store participation promos as soon as they arrive.

Buy-a-Box Promo: Champion of the Perished

As a reminder, all WPN stores will receive approximately 25 percent more Buy-a-Box promos for Innistrad: Midnight Hunt. The following purchases all qualify for the Champion of the Perished Buy-a-Box promo: 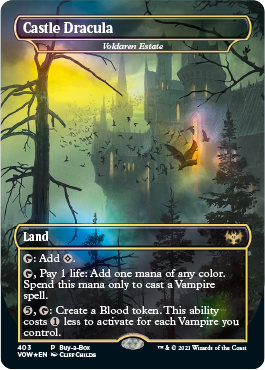 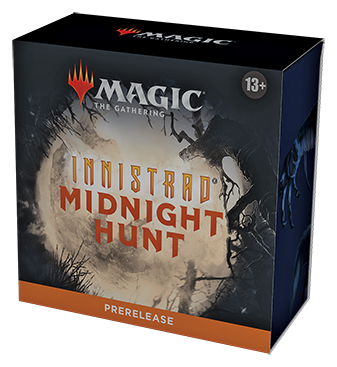 These cards are put together to create a balanced Draft, with at least one Rare or Mythic Rare, three Uncommon, and ten Common cards.

Draft Boosters are available to WPN stores in local languages for all regions. 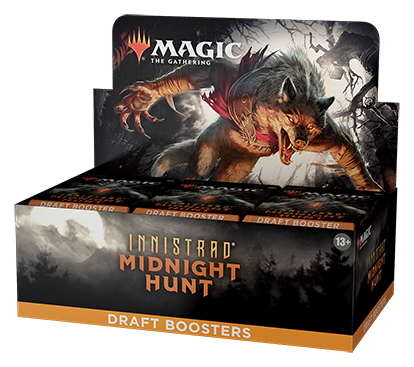 Each Innistrad: Midnight Hunt Set Booster contains 12 Magic cards, one Art Card, and one token, ad card, Helper card, or special card from Magic's history. Some Set Boosters may contain one or two Commander cards. Each pack contains one Eternal Night Full-Art Basic Land card. One non–Art Card and non–Land card of any rarity is a traditional foil. 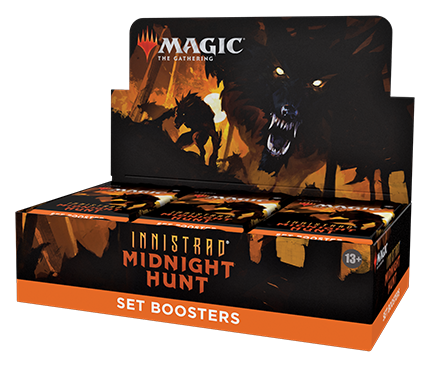 Collector Boosters are only available in English, German, French, and Japanese. 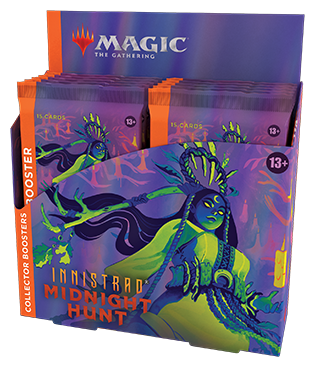 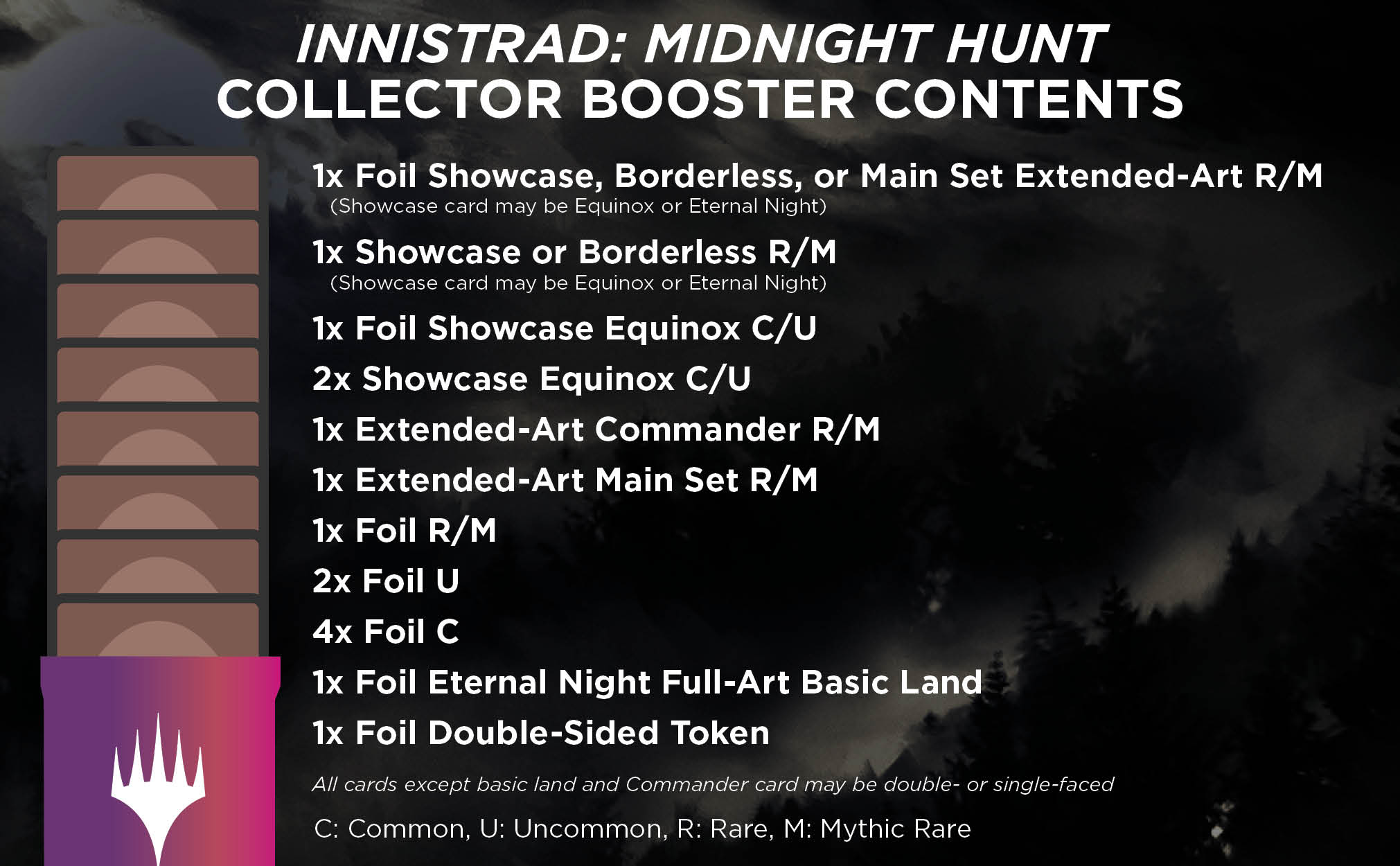 Theme Boosters are a great way to explore a single color or theme in Magic. They let you pick the kind of cards you want to upgrade your favorite decks. Every card in a Theme Booster can go in a deck of that color or style, so you can be confident you're getting what you want.

There are six themes for Innistrad: Midnight Hunt—five colors plus one werewolf theme.

Theme Boosters are available in English only. 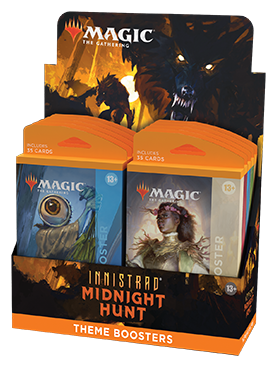 Bundles are available in English, French, German, Italian, and Russian. 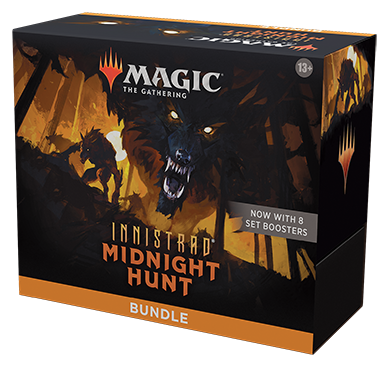 
Each set includes 1 ready-to-play deck of 100 Magic cards (2 traditional foil, 98 nonfoil), one foil-etched Display Commander (a thick cardstock copy of the commander card with textured foil etched into the card’s border and art), 10 double-sided tokens, one deck box (can hold 100 sleeved cards), one life tracker, and one reference card. 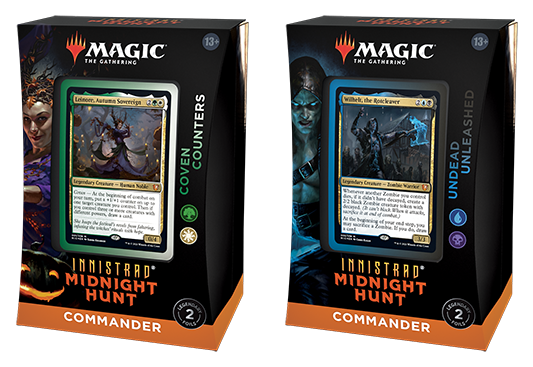 However you're planning your Prerelease, scheduling early is the best way to boost attendance. It’s not too late! Schedule today.