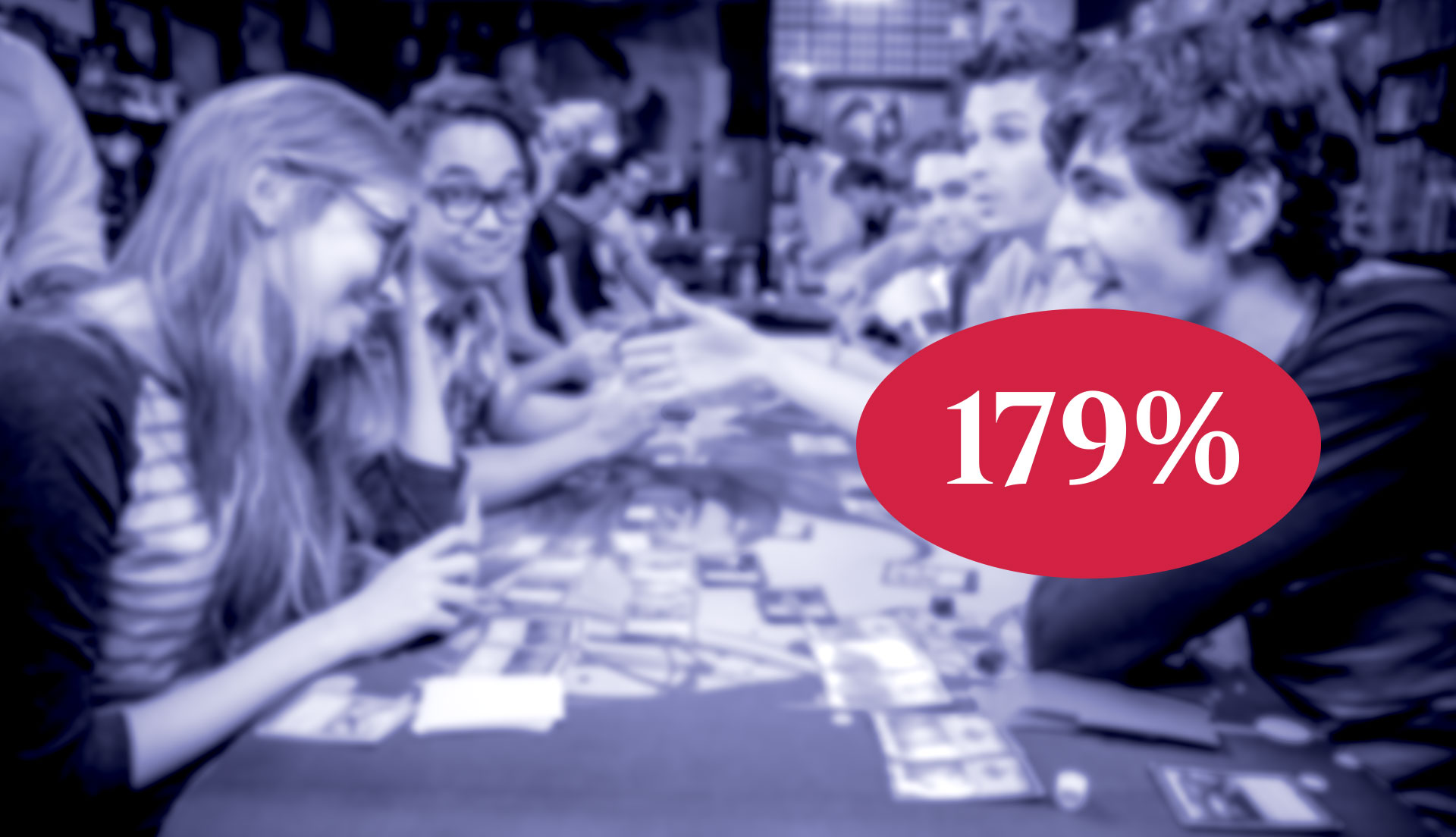 Plus it gets you a bunch of rares and foils.

Plus it gets you a bunch of rares and foils.

Guilds of Ravnica scheduling is open, and we’re going to be up front about it: Standard Showdown is a priority.

GRN opens a transformative era for Standard. Four sets rotate out, condensing demand for Standard cards from eight sets into five. Plus, Ravnica has a near-perfect record producing great Standard environments. Google “best Standard formats ever” and you’ll see what I mean.

But there’s a more straightforward reason to prioritize Standard Showdown: the data say it works.

Percentage Increase in Standard Attendance When a Store Runs Showdown After Abstaining in the Previous Season:

Stores that choose to try Showdown see their attendance jump by about half.

There’s also a social incentive. Standard is the most popular way to play Magic—if a store has a Magic community, they’re more likely to have a Standard community than any other format. By getting into Standard, a player gets access to that community.

But just any old Standard event won’t do the trick. The boost is associated with specifically with Showdown.

Here’s how we know:

We launched Showdown in November 2016, about halfway through the Kaladesh season. When we did, Standard Play jumped 63%. Overnight.

It’s not hard to explain. There was an appetite out there for a more competitive weekly Standard event, something higher-stakes than an FNM but lower-pressure than a PPTQ. Plus, there was an appetite for promo boosters loaded with rares and foils. Go figure.

Percentage Difference in Draft Attendance Between Stores that Run Showdown and Stores that Don’t:

Not a typo. Drafts.

Some of this is probably unrelated to Showdown. Stores with bigger Standard communities are likely have bigger communities overall. Hence, more drafts.

But even among stores with modestly sized player bases, weekly Showdown events are associated with higher draft attendance. One likely reason is that Standard fans—or fans drawn to Standard when a new option appears, like Showdown—need front-list product. Drafting is a good way to get it.

Especially considering the promo booster contents are all Standard-legal.

Which brings us to:

Percentage of Standard Play that Could Get Prize Support from Wizards, but Doesn’t:

Run Standard in almost any other form and you get zilch.

Scheduling for Guilds of Ravnica, including Standard Showdown, closes August 13.