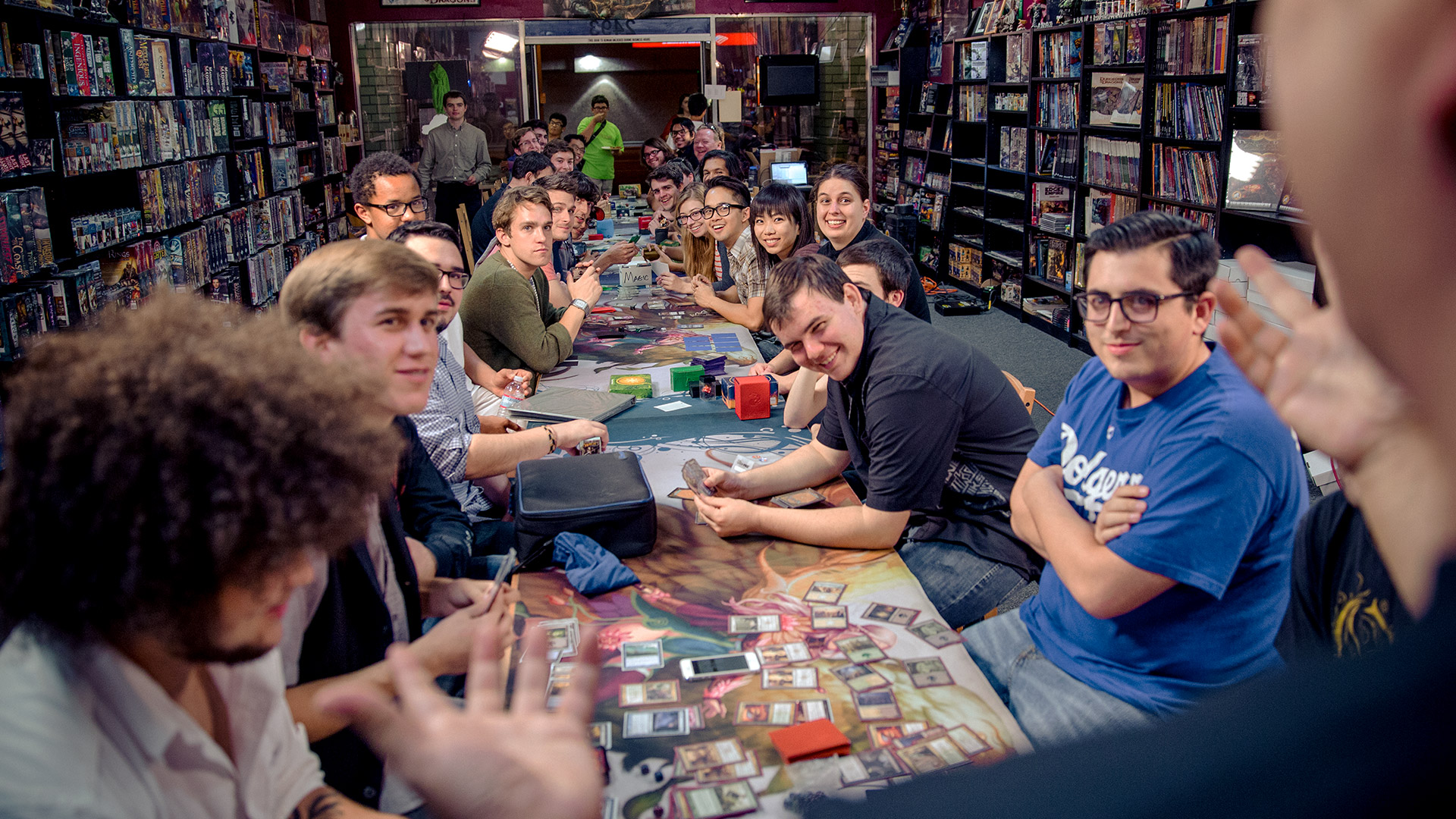 Get ideas for running a great league this season from other WPN members.

Get ideas for running a great league this season from other WPN members.

Wondering how to best implement a Magic league program at your store?

Here's some ideas that have worked for other WPN members:

Setting up your point structure is a delicate balance. Too many complicated rules and you could overwhelm players—increasing the barrier to entry. Too few rules and it's a wild frontier scenario leaving room for potential abuse, confusion, and frustration.

Michael limits scoring to just three matches per week. However, even if players hit their limit of games in a week, they can still earn some points by playing against others that they have not already played during the league.

With this system, he is fostering growth in his community by encouraging players to meet new people and bring in friends who might not normally play in-store.

What should players do with their deck in between league nights? You could try one of these options other stores employ:

1. Keep all league decks at your store—compelling players to play only in-store league matches.

I furnish a deck box for them and keep it on site when league night is over. I keep them in a secured location. —Nicole Schecklman, Sidetrack Hobby & Games

2. Have players fill out a checklist sheet and keep them at your store—preserving integrity, enabling the freedom to play whenever and wherever.

We asked our players to take pictures of their product and upload with the hashtag "# Kaladesh League" to our Facebook page. —Axel Martinez, Red Rabbit

3. Let players take their decks with them—allowing for more chances to play in between each League event. Lowering the temptation to abuse the casual spirit of league is key for this.

Rewards are up to you; however, we recommend rewarding players with 10+ wins (for their enthusiastic participation) and for accomplishments like "most improved" or "most new players recruited."

At Oh My Game, in addition to rewarding wins, players can earn bonus boosters for completing fun achievements such as, "Attack with at least fifteen Servo tokens at once" or "play 'Dubious Challenge' and win the game."

On top of that, players can vote for who they believe was the most enjoyable person they played throughout the league, rewarding great sportsmanship and comradery.

I made sure a prize was given to the player that helped those that needed it and for the most improved player of the day. —Timothy John, Community Games and Geeks

Timothy made it a priority to reward players that helped others build decks and learn the game. "This stopped 'prize grabbers' from demolishing the young kids in five minutes."

Find downloadable certificates to hand out to your extraordinary players under "Event Accessories" on our marketing materials page.