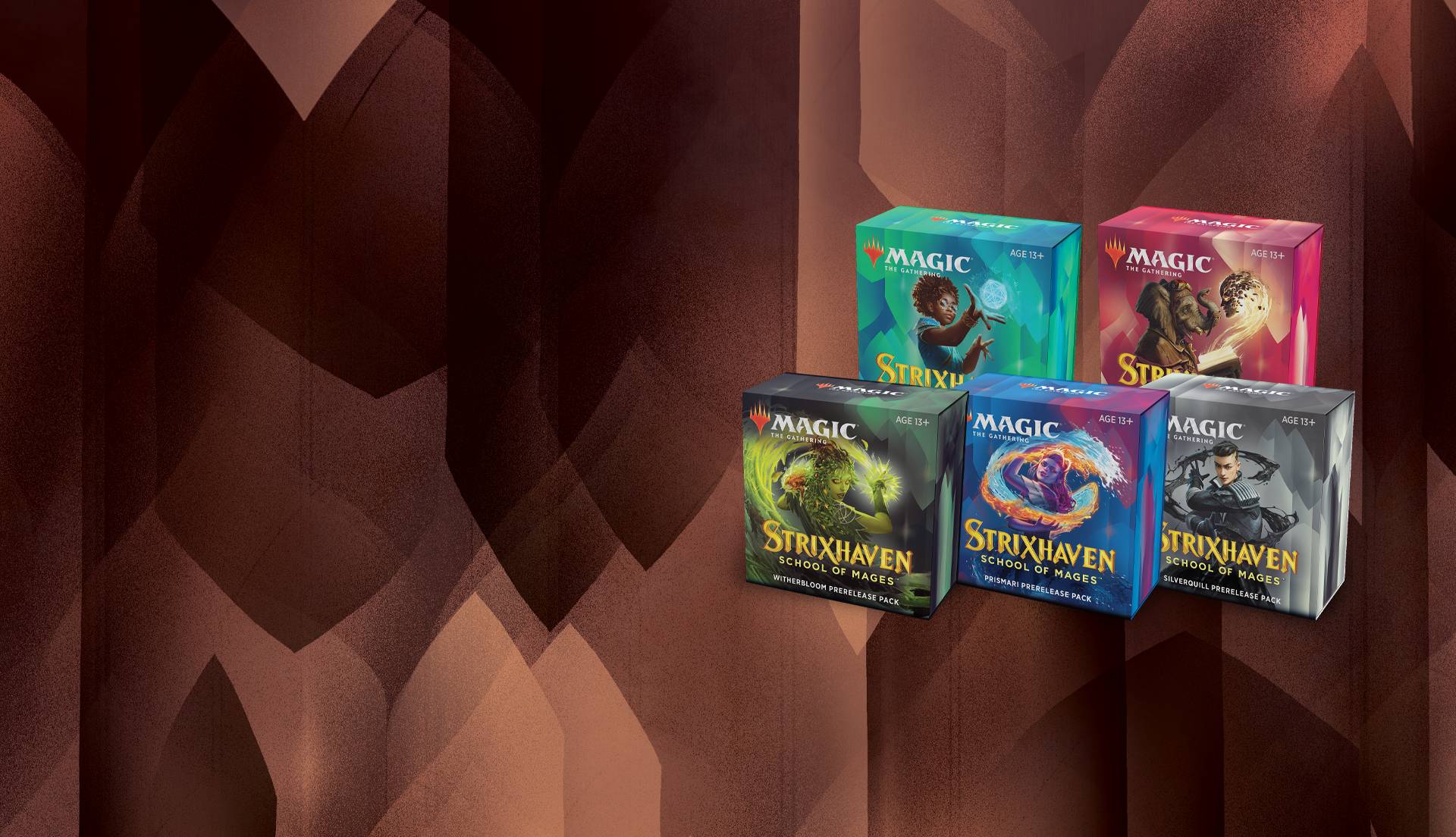 Get a jumpstart on planning your Strixhaven Prerelease.

Get a jumpstart on planning your Strixhaven Prerelease.

Due to production issues, Strixhaven: School of Mages Promo Packs are delayed.

Here's when you can expect your promo packs to arrive:


This delay does not affect Buy-a-Box Promos—these cards will still arrive as planned April 9–April 13.

Enrollment starts now at Strixhaven, the most prestigious university for magical learning in Magic’s Multiverse. The latest set invites players to enroll in one of five distinct colleges and help prove whose magic is the most powerful on campus.

Strixhaven has five different Prerelease Packs available, and fans will choose which they like best during Prerelease—you may want to purchase your full allocation and offer preregistration for each specific college to account for more popular colleges.

Here are a few more things to consider when running your Strixhaven Prerelease:

Each Prerelease Pack is themed around one of the five colleges at Strixhaven—you'll receive cartons of 20 packs rather than the usual 18.

Strixhaven Prerelease runs from April 16 through April 22. All regions can schedule At-Home and Webcam Prerelease events.

Give out the Strixhaven Buy-a-Box Promo with Draft, Set, and Collector Booster Displays or sets of six Prerelease Packs.

"Prerelease Party" events are now rolled into the Prerelease template on EventLink.

Each Prerelease Pack is themed around one of the five colleges at Strixhaven.

And each carton of Prerelease Packs contains an even number of packs for each college—Lorehold, Prismari, Quandrix, Silverquill, and Witherbloom—so you'll receive cartons of 20 packs rather than the usual 18.

Strixhaven Prerelease events can once again be scheduled for the entire week between Friday, April 16 and Thursday, April 22.

At-Home and Webcam Prerelease events will be schedulable for all regions in Wizards EventLink, as well as In-Store events for regions where it is available—check our monthly in-store play updates for the latest information.

Commander Dueling is back for Strixhaven Prerelease!

This allocation of Strixhaven Commander Decks can be used for Commander Dueling throughout the week of Prerelease. This is a Strixhaven-only addition to the Prerelease Early Sale Promotion.

All WPN members will receive an allocation of Prerelease Early Sale Promotion Boosters and Commander Decks for Strixhaven Prerelease.

You can sell full displays of Prerelease Early Sale Promotion Boosters and Commander Decks for the entire week of Prerelease, from when your store opens on April 16 through April 22. Individual packs from any leftover early sale boxes can be sold on or after the set release day.

Additionally, WPN Premium members in all regions receive an allocation of Collector Boosters that can be sold during the week of Prerelease.

Give out the Strixhaven Buy-a-Box Promo with Draft, Set, and Collector Booster Displays or sets of six Prerelease Packs.

WPN members can ship Buy-a-Box Promo cards along with any order that qualifies.

The following purchases all qualify for the Buy-a-Box promo:

Stay tuned for more info on the Buy-a-Box card!

"Prerelease Party" events are now rolled into the Prerelease template on EventLink.

Help your community start their registration at the most prestigious institution of magical learning by scheduling Strixhaven Prerelease today!