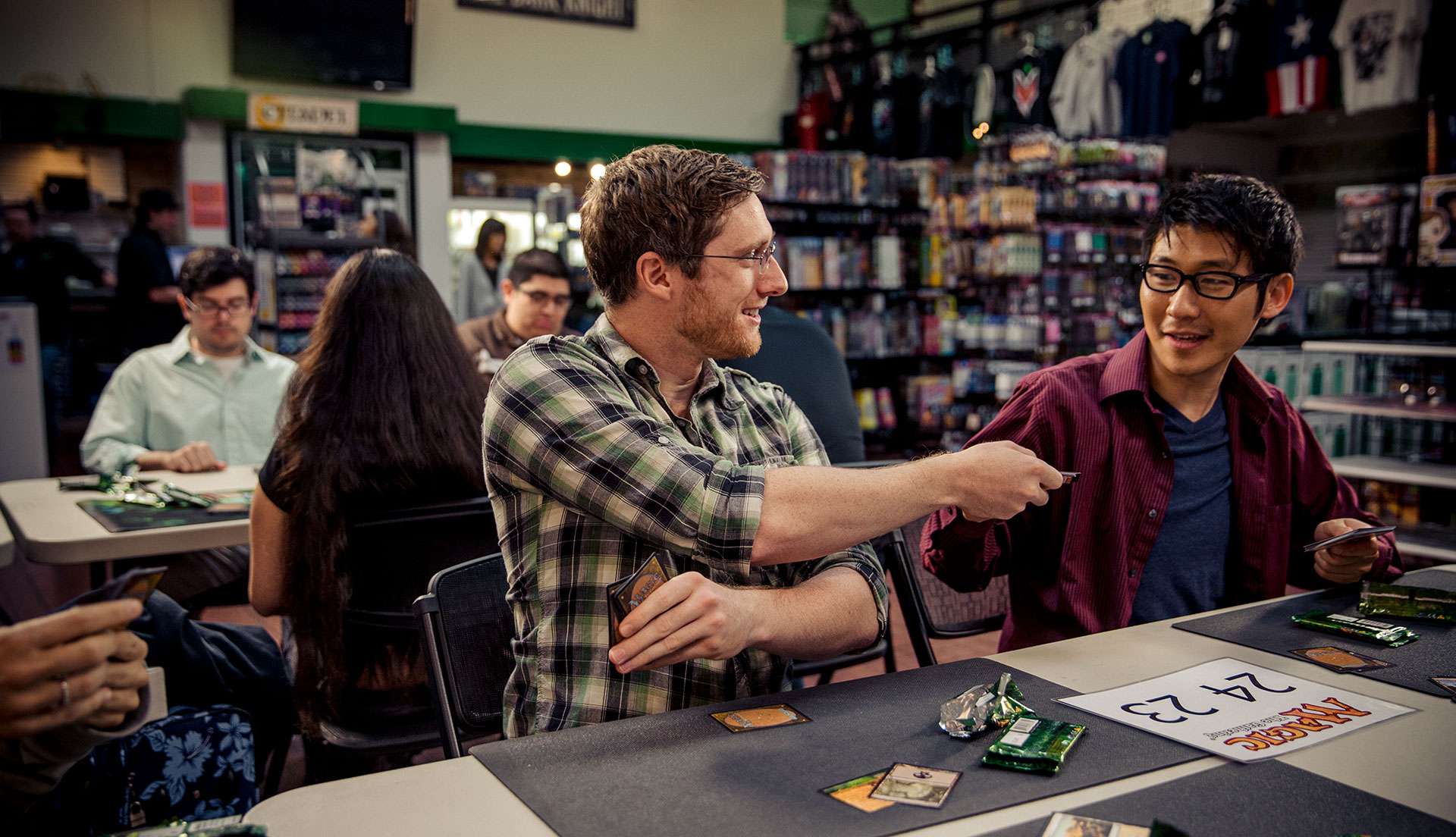 Run drafts and you've got the entirety of Wizards' marketing engine behind you. Run anything else and you're on your own.

Run drafts and you've got the entirety of Wizards' marketing engine behind you. Run anything else and you're on your own.

Once a new draft format's novelty starts to wear off, appetite for the next one starts to build. It all crescendos toward the launch of the next set—the first moment players can draft it. When Draft Weekend debuted with Amonkhet, the idea was to put all our resources behind that moment.

It worked. Booster Draft attendance spiked 30% on the first Draft Weekend, lifting overall tickets along with it. And it's grown by thousands of drafters with each following set.

Why? How is Draft Weekend different than previous set launch events? How is it different from your usual Saturday drafts? Why should you join Draft Weekend instead of doing Sealed or Standard?

There are a lot of reasons to run drafts when a new set launches.

For one, it's the first chance players have to do so. Plus they'll generally get their Sealed fix at Prerelease, and nobody's ready for the new Standard on day one.

But another important reason is a little less obvious.

When we focus on one format, we can put our full weight behind it. We can segment our audience better. We can spend the lead-up hyping draft—and only draft—on the Magic site. We can give a simple message, and a decisive call to action, in every channel available to us: There's a new set out. It's good. Go to your LGS and draft it.

That's a big part of why Draft Weekend is out-distancing previous launch events, why it stands out from typical drafts, and why you should join in rather that do other formats.

Run drafts and you've got Wizards' marketing engine working for you. Run anything else and you're on your own.

Maybe you don't have a big draft community. That's fair. Maybe you have a more casual audience, or younger, and they're more into Sealed. That's understandable. But we're gonna do everything we can to get those players in your store and get them drafting.

So soak up Michael Bahr's optimal draft arrangement and come as close to it as you can. Take Josh Silvestri's advice and find a way to make it stand out—something to set it apart from a typical draft, the way Prerelease is set apart from a typical Sealed event. And let us help you fire some drafts.

Scheduling's open for another week. Sign up now and head into Dominaria with Wizards working behind you, plus get some promo cards to boot. Log into WER and sign up before February 25.