Make sure you know what to promote to get the most out of this Dungeons & Dragons crossover set.

Make sure you know what to promote to get the most out of this Dungeons & Dragons crossover set.

It's nearly time for the battle to commence—Prerelease for Commander Legends: Battle for Baldur's Gate kicks off June 3, and today we'll cover what you need to know to ensure all your Prerelease and Commander Draft events go off without a hitch.

The week of Prerelease is the perfect time to generate excitement for the set: encourage players to support your store with sales that allow them to get an early look at everything the set has to offer.

Prerelease Early Sales Promotion lasts the entire week of Prerelease—from when your store opens on June 3 until set release kicks off, June 10. Most regions will receive a mix of Set and Draft Booster Displays for early sales.

Stores that achieved a WPN Premium designation prior to March 25 will additionally receive a quantity of Collector Booster Displays as part of their Prerelease Early Sales Promotion allocation.

Remember, these displays can only be sold in full box quantity during Prerelease week. Individual packs from any leftover early sale boxes can be sold on or after the set release day.

The special treatments lined up for Commander Legends: Battle for Baldur's Gate are sure to appeal to both Magic and Dungeons & Dragons fans at your store—especially the Rulebook frame, which makes it feel like players are casting creatures and spells right out of an old-school D&D rulebook. 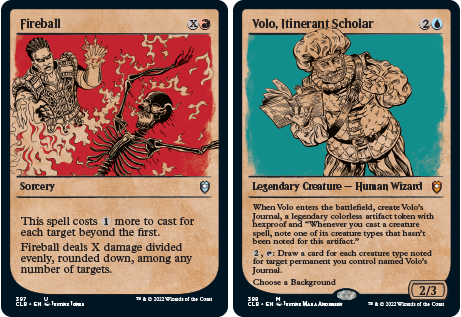 Plus, no set would be complete without the addition of Borderless Art cards—and this set has Planeswalkers, fan-favorite creatures, and (of course) dragons available in this style.

Special treatments are a major draw for players who crack packs to collect, making them a useful tool in your advertising arsenal—especially as Prerelease draws near. Make the most of the beautiful art and showcase treatments to encourage players to grab boosters from your store.

Brush Up on How to Draft at Prerelease

Drafting at Prerelease works a little differently than usual for Commander Legends: Battle for Baldur's Gate. Make sure you bring yourself and your staff up-to-speed on how it works.

Now that a few additional elements of the set have been revealed, there are a couple of additional rules regarding selected commanders that you should keep in mind as you guide players through this crossover set's Draft experience. 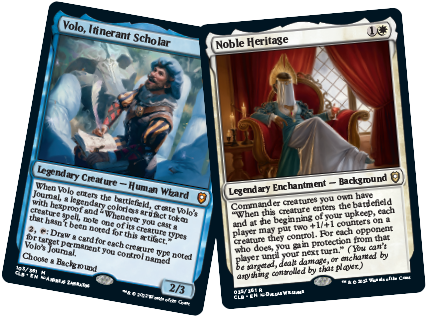 If you have a player who uses a Legendary Creature with "Choose a Background" as their commander, that player can begin the game with an Enchantment with the Background subtype in the Command Zone. For more details about this gameplay element, refer to DailyMTG. 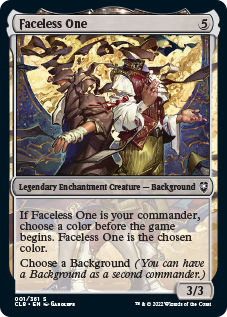 We hope you're ready to bring your D&D and Magic communities together and encourage players to draft their party and build their legends. If you haven't scheduled your Prerelease, it isn't too late—head to Wizards EventLink right now and get yours on the calendar.