To get the most out of Modern Horizons, get some drafts on your calendar. The draft format is incredibly rich, configurable, and skill-testing. It'll challenge and fascinate your players.

It'll also make them laugh. I had all those reactions of a few months ago, when I got the chance to playtest it with my colleagues.

Here’s what I took away from my Modern Horizons draft, and what my experience can teach you about how to make it a success in your store.

Your Veterans Will Love It.

It was clear to me from the first pack: this is a set for long-time fans.

The first sign was the keywords. There are a lot of them.

A keyword ability is a single word or phrase (like "flying" or "first strike") that substitutes for a specific rule. In the first pack, it seemed like there was a different keyword on every card I thumbed through. Dash, delve, rebound, retrace—it was like playing all my favorite draft formats at once.

That's perfect for folks like me, who've seen all those abilities before. But maybe steer your new and casual players toward safer terrain. (M20 is just around the corner.)

The second sign came later in the pack: Waterlogged Grove. I recognized it instantly—it's a blue/green Horizon Canopy! 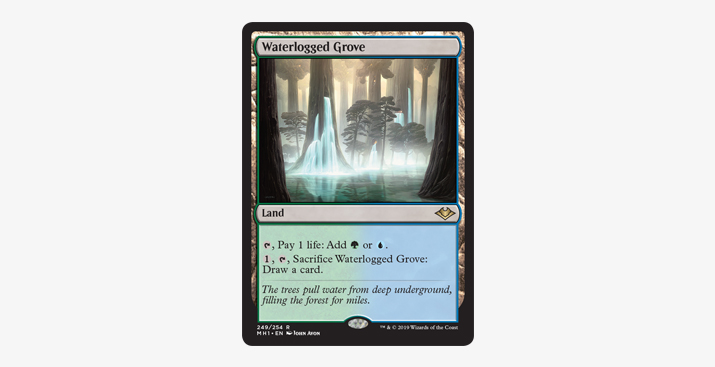 Horizon Canopy, if you're not familiar, is a much-played non-basic land in Modern. And, until now, the only land of its kind. Modern Horizons expands the cycle. Which is a big deal. Long-time fans like me—and any Modern, Legacy, and Commander player—will be thrilled.

They're not a heavy-hitters in a Booster Draft (I did get it late in the pack, after all.) But they're still part of the Booster Draft experience. The set is full of callbacks to, variations of, and even puns on beloved cards from Magic history. It was a blast just reading the card names.

It's All about Tabletop.

As we passed our packs, considered our picks, giggled at cards like Umezawa's Charm (it's Jitte except an instant), it occurred to me: this is what the set is for. It's meant for tables like this. Full of friends, all long-time fans, nerding out and chuckling and getting nostalgic. 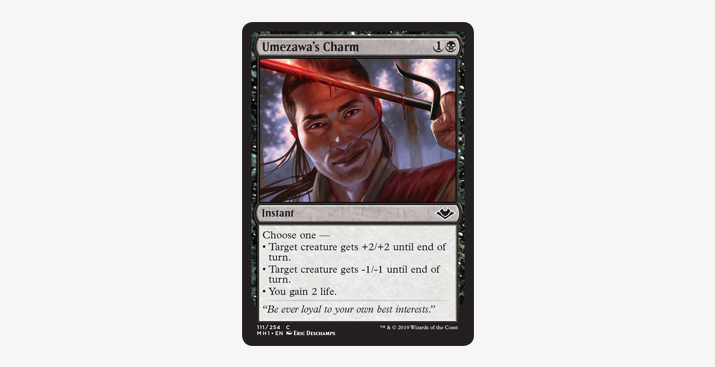 There Are Lots of Modern Contenders.

In my first match, Brandi from Retail Development came raging out of the gate with a pair of Nimble Mongooses (Mongeese?). Next match, Matt, our editor and website mastermind [Slight overstatement—Ed.], punished me for passing Giver of Runes by burying me in an avalanche of Blue/White value.

We were using playtest cards, so we didn't keep our picks, but I was immediately looking forward to drafting at my LGS so I could take some of these one-mana Modern contenders home—especially the ones, like Nimble Mongoose and Giver of Runes, that get the job done in a Booster Draft, too.

(Fun fact: one-mana spells have made up all of Modern's five most played cards for the last several years.) 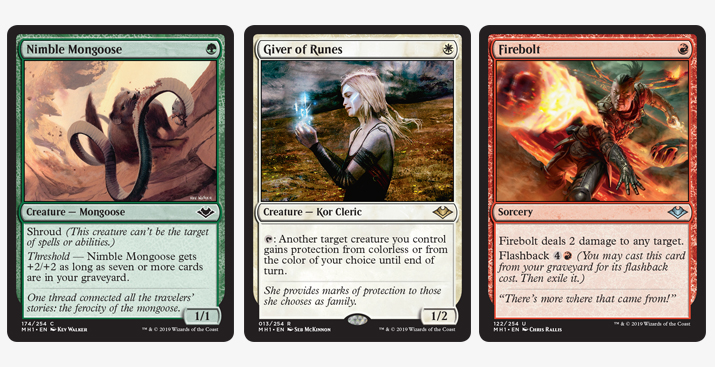 The draft was a blast. Every game I felt I was learning more about Magic in this awesome new draft format. Incredibly powerful cards, nuanced strategies, and enjoyable play, Modern Horizons Draft feels tailor made for engaged Magic fans.

I can't wait for you to see the set!