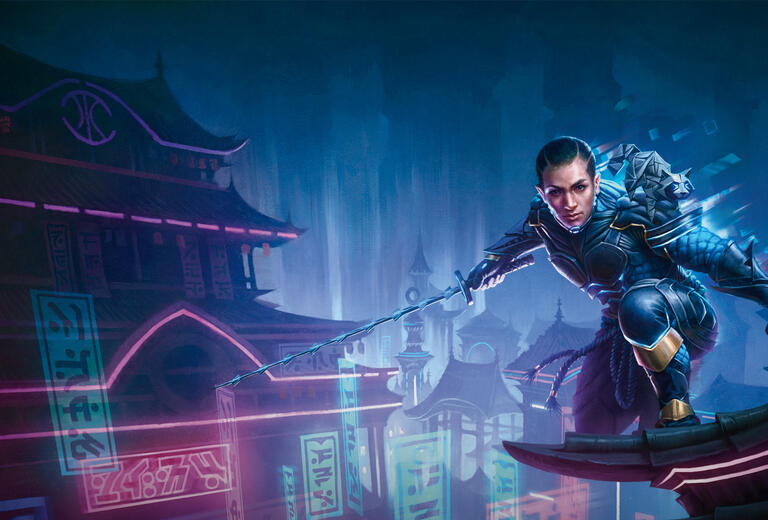 Get to know the products your customers will be clamoring for in 2022.

Get to know the products your customers will be clamoring for in 2022.

The Magic Showcase 2021 was packed with juicy announcements. There’s a ton of awesome new Magic: The Gathering coming to your store next year! Here’s the rundown on tabletop must-haves for Magic’s biggest year of releases ever.

Get ready for Friday Night Magic! These four Standard decks, releasing in early 2022, provide players with an easy gateway into the Standard format. Deck themes, strategies, and sideboards are based on top-level competitive decks.

If your customers can’t wait until next year to get their hands on new battle-ready decks, we’ve also announced the October release of a Pioneer format take on the Standard Challenger Decks. You can learn more about them here.

This Standard release takes us to the Streets of New Capenna—the city built by Angels, now run by three-color demon crime families. It is hitting stores in the second quarter of 2022.

Twice as many rares, and twice as many foils—everything your players loved about Double Masters is back in Double Masters 2022 with more powerful reprints and a multicolor draft focus. It’s arriving in the third quarter of next year.

With so much story and decades of Magic history packed into one plane, Dominaria United is the perfect place—and Standard set release—to kick off Magic's 30th anniversary celebration. The original high fantasy setting returns in the third quarter of 2022.

Jumpstart 2022 is arriving in stores for the fourth quarter of 2022. Leaping to new heights, it comes packed with a new Booster Fun card treatment, a new Magic card in every pack, and dozens of themes to mix and match for fun—with plenty of amazing reprints for every player to enjoy.

What started as a feud between Urza and Mishra erupted into an all-out war that set into motion the future of Dominaria and the multiverse itself. This Standard set tells the story of the historical events of The Brothers’ War. The plane-spanning conflict escalates with giant mechs and beyond in The Brothers’ War—arriving to stores in the fourth quarter of 2022.

As we previewed earlier this year, Magic players can explore even more worlds and stories with Universes Beyond. Next year, Magic meets Warhammer 40,000. Featuring new art, new cards, and powerful reprints all set in the world of Warhammer 40,000, these Commander decks will be available later in 2022.

The Lord of the Rings: Tales of Middle-earth

Arriving in 2023, The Lord of the Rings: Tales of Middle-earth brings the incredible worlds of J.R.R. Tolkien to life with a full Magic set release.

As always, we’ll share more details closer to each set’s release. In case you missed it, check out our WPN-exclusive product announcements, including Innistrad: Double Feature and Commander Collection: Black.

For other news from the big Magic Showcase 2021, you can watch it here. And don’t forget to check back for new marketing materials and product details after the debut of Innistrad: Midnight Hunt on September 2.