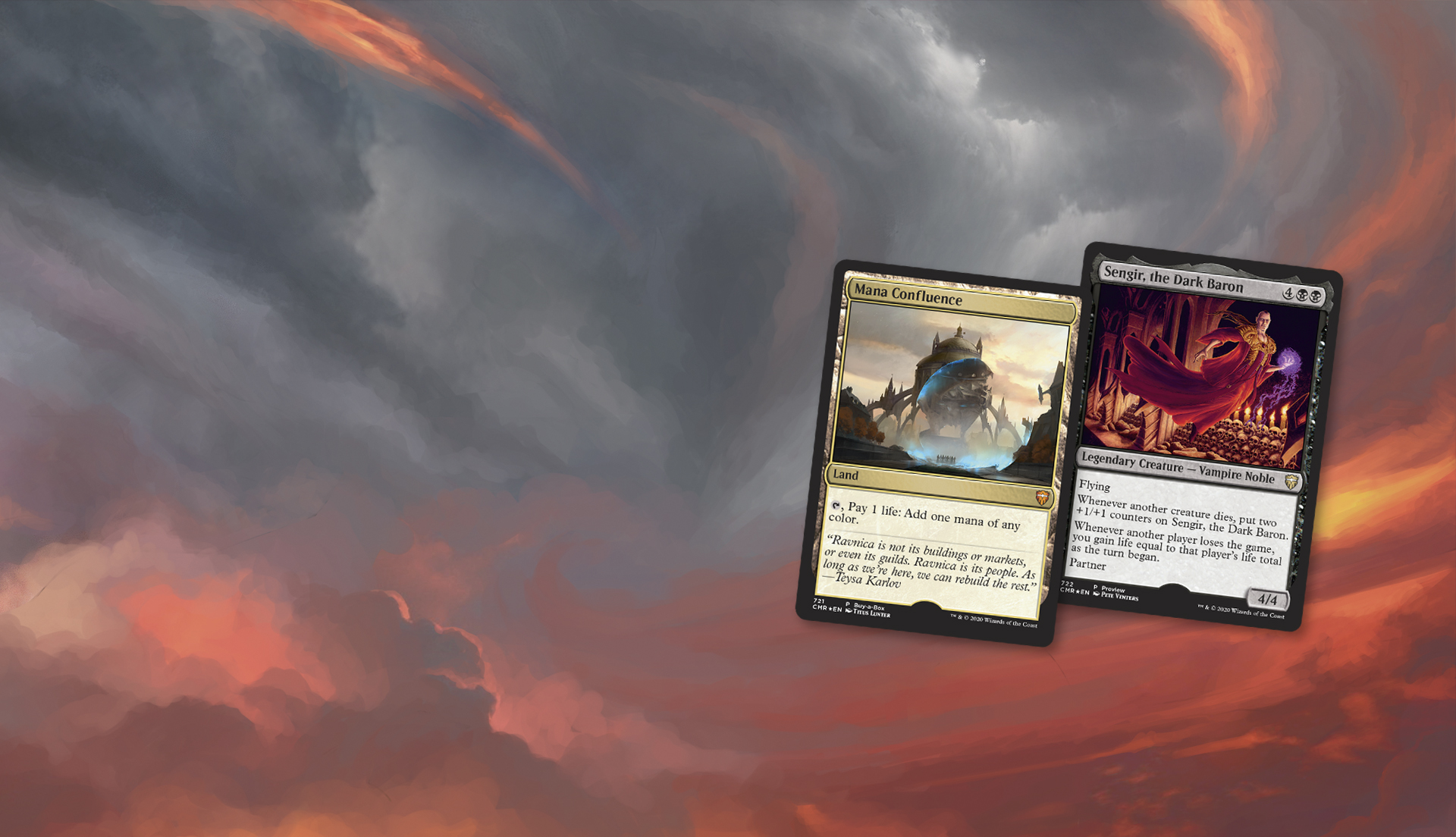 Where can I schedule Commander Legends Prerelease? How many cards are in a Draft Booster? Get answers to these questions and more here.

Where can I schedule Commander Legends Prerelease? How many cards are in a Draft Booster? Get answers to these questions and more here.

If you don't already know what makes Commander Legends so amazing, it's the very first booster product made for Commander and the first to combine the two beloved formats—Commander and Booster Draft.

Take a look at some of the first preview cards from last weekend's CommandFest to see for yourself—including the Buy-a-Box promo (Mana Confluence) and Prerelease promo (Sengir, the Dark Baron)! 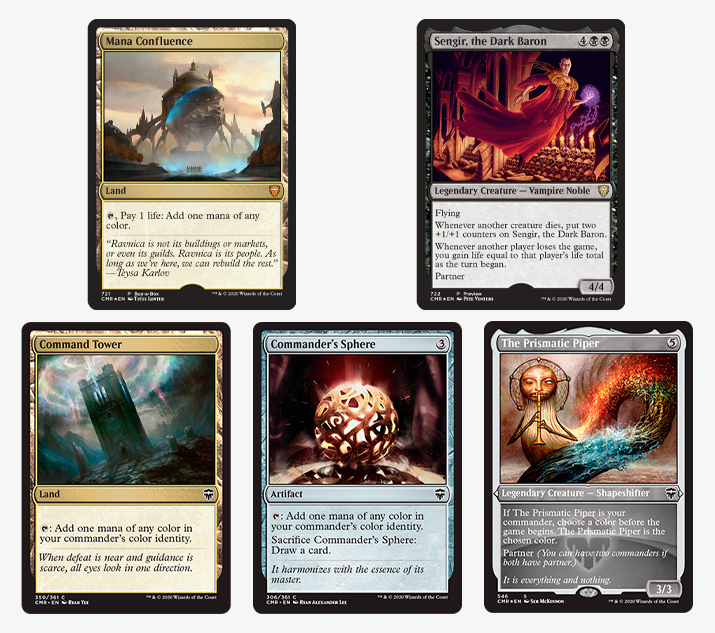 Commander Legends has twenty-card Draft Boosters with a foil and two legendary creatures in every pack. (There are over seventy brand-new legends in the set!) Plus, it introduces two Commander decks, perfect for new Magic players or those who are new to Commander.

Now let's dig into the practical details. Here are answers to the top five questions we've gotten from WPN members about Commander Legends.

1. Is there a Prerelease?

Yep! Commander Legends Prerelease is available in Wizards EventLink right now. You can get all the info you need here. But here's the short version:

Two promo cards: one for Prerelease, one for Buy-a-Box.

Only available in Wizards EventLink.

Schedule in EventLink before September 4 and get double Prerelease promos.

Allocation based on metrics snapshot.

2. Will Commander Legends have a limited print run?

Commander Legends will be eligible for reprints.

3. Will Commander Legends be available through all channels? (WPN, Mass, etc.)

4. How many cards per Draft Booster, boosters per display, displays per case?

5. What languages are available for Commander Legends?

Start by cracking open your first pack, like a normal draft. But there's one big wrinkle to drafting here: for every pick of Commander Legends, you'll be taking two cards at a time! Like the Two-Headed Giant Draft in Battlebond, or the first pick of Double Masters, you will snag two cards at once for every pick.

Otherwise, drafting proceeds pretty much as normal. After the draft, you will need to build a 60-card deck—much like how a traditional deck of Magic is 60 cards and a traditional draft is 40, here it's 60 to Commander's 100.

Your deck will need a Commander that locks in its color identity for deck building, your life total is 40, and there's Commander damage, and all additional Commander rules are still in play . . . with one exception. You can play more than one copy of a card if you draft it: the Singleton rule does not apply.