Amplifying the appeal of a crossover set to both audiences takes strategy—and when it comes to the Warhammer 40,000 Commander Decks, there's a lot for your players to love. Focus on these strategies to pique the interest of each fan group and encourage more pre-orders and event sign-ups.

For Warhammer 40,000 fans and players in your store, you may spark their interest in giving Magic: The Gathering a try by showing off the familiar characters and themes. Fans of Warhammer 40,000 know what to expect when they see the face of Abaddon the Despoiler or Inquisitor Greyfax.

Both Warhammer 40,000 and Magic are games that test players' ability to strategize and predict against an opponent's moves, leading to victory. Players' existing familiarity with each Commander in the set means they'll know what sort of strategy to expect from the cards inside each deck—even if they're not as familiar with each Magic color. 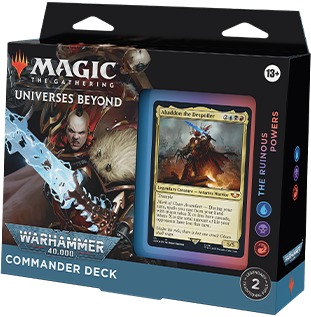 As you strike up more conversations with the Warhammer 40,000 fans in your community, continue to emphasize the familiar aspects of the game that are coming to the Commander Decks: it makes a great point of entry for these players who may want to try experiencing what they love in a new format. 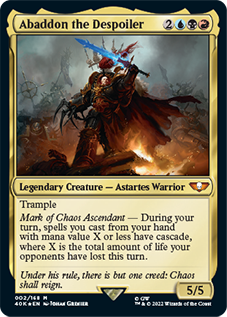 Warhammer 40,000 is a game enveloped in grimdark, far-future fantasy storytelling, which can be darker than what your players are used to. Similar to how you discuss these decks with Warhammer 40,000 fans, build excitement with what's familiar to your Magic players: the gameplay system.

Magic players can take tactical strategies they use during Commander games and apply them to all-new Commander decks that are ready to play out of the box, allowing them to take the first step into this new universe.

No matter which core fanbase you're speaking to, you'll want to be sure to amplify all the new-to-Magic art that the Warhammer 40,000 decks bring to the table. Plus, both communities have core collectors, and you should take every opportunity to appeal to them with the stunning Collector's Edition of the decks.

The Collector's Edition decks make great gifts for long-time fans in either community, so be sure to show them off as much as possible leading up to release. 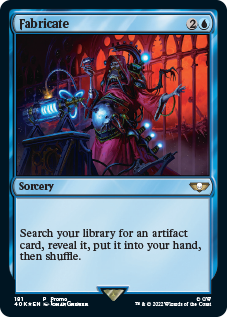 If you haven't scheduled your Warhammer 40,000 Commander Launch Party, be sure to head over to Wizards EventLink today and get your party scheduled! It only takes a few clicks, and the earlier you schedule, the more opportunities you'll have to encourage player sign-ups in advance.