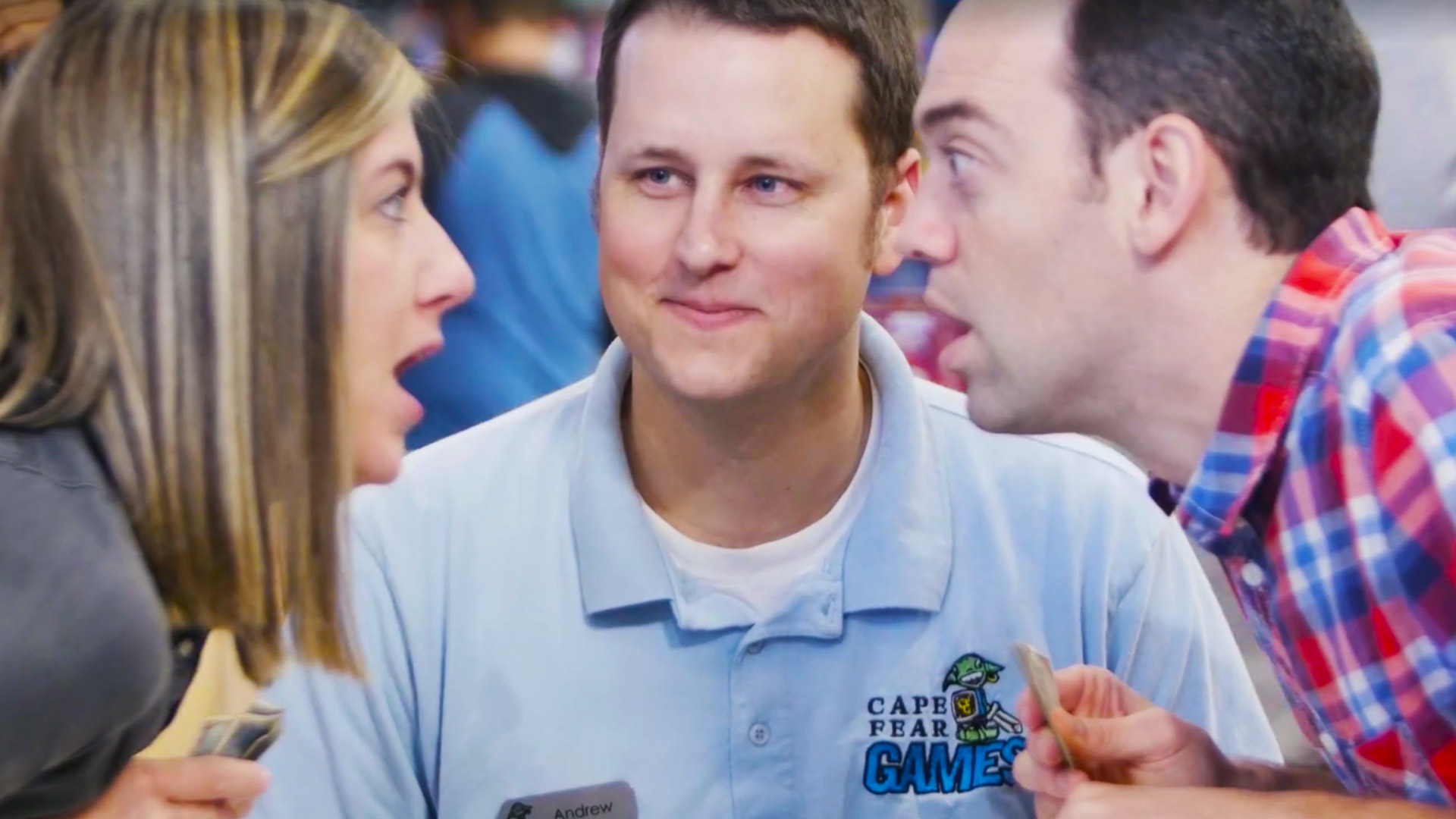 The Making of a Commercial

How Cape Fear Games produced this high-quality video commercial for their store.

The Making of a Commercial

How Cape Fear Games produced this high-quality video commercial for their store.

When Cape Fear Games (CFG) first opened in 2009, Heath Newton, CFG's owner, created a short commercial, with a simple, informational goal: to get the store's name out in the community.

But with his business going on its seventh year, Heath was ready to try video advertising again. This time, he aimed to appeal to a broad audience, to entertain, and evolve his brand.

I wanted [to feature] a game that more casual gamers might recognize but I also wanted to be careful to make sure that the commercial wasn't just for selling a specific game and was more about how much fun gaming can be. —Heath Newton, CFG Owner

With his goals laid out, the next step was to find someone to put it all together and film it.

Fortunately for Heath, one of his good friends happened to be a local independent producer who could help with script development, hiring actors, finding film locations, equipment, crew, and other necessities to film.

Don't Have a Connection?

For those that aren't lucky enough to have a producer for a friend, Heath suggests looking through local independent short films or commercials on sites like Vimeo.com and reaching out to those that impress you.

Heath stresses, "If you are careful and take your time, you can save a lot of money and get something really special and unique."

After several weeks of production, the final result was impressive:

With his goal of reaching a broad audience, Heath published the commercial on YouTube and Facebook and used Google AdWords to further increase the commercial's exposure.

I've seen a lot of people sharing our video on Facebook and I've even had friends say they saw the commercial while playing a mobile game.

Since its publication in early December 2016, the commercial has received rougly 19,000 views on YouTube and over 14,000 views on Facebook.

We have had a lot of new faces in our store and I've also seen friends planning a trip out to our store which is amazing.

Lastly, Heath has scheduled some airtime on cable for the month of December (2016), specifically targeting the commercial to broadcast during popular superhero television shows.

For those interested in advertising on television, Heath cautions to be extra diligent in scheduling as, "it is easy to spend way over your budget." He plans on running the commercial on cable until Christmas (2016) and then reevaluate if it's worth additional airtime.

Heath is always looking to grow his gaming community and for his next project he is considering a commercial aimed at Magic players in order to help grow his player base.

"Magic is still our biggest seller by far at Cape Fear Games," he says. But Heath is not rushing into anything yet. "We'll have to wait and see . . . if we can come up with a good enough script."

No matter what comes next, Heath says the time, effort, and expense has been worthwhile.

We actually had our best month this past December since we opened seven years ago so it was most definitely worth it based on that and the amount of new customers we had in the store that mentioned our commercial.