How to Allocate, Organize, and Distribute Your Promo Packs for the Biggest Impact

How to Allocate, Organize, and Distribute Your Promo Packs for the Biggest Impact

All stores want to get the most out of their Promo Packs. Since their institution with Core Set 2020, there's been broad agreement on how to do that—reward player recruitment, repeat visits, etc.—but the consensus is only beginning to emerge when it comes to the specifics.

It takes planning. Namely, allocating your packs out at the beginning of the season, organizing them to simplify the process, and finally, distributing them in a way that benefits both you and your community.

Miss on any of those steps and your whole plan could crumble. Here are some recommendations from Wizards and a few savvy organizers that should help make sure that doesn't happen.

Use percentages to allocate enough packs for all your events before the season begins.

There are two keys to this step.

One: do the math and get your plan together before the season begins. Apportion them out by event as soon as you know your final Promo Pack count. Not only does this save you some headaches later, but it'll help you set player expectations as time goes on.

Wizards does a huge amount of advertising online to drive players to these events, and when we do, we tend to show off the reward—the Promo Pack. Making sure you've got an appropriate number of packs set aside helps make sure you're in sync with what players expect.

Here’s a quick reminder of our suggested percentages:

When it comes to those "other events," the best practice is to focus on Standard, Sealed, and Draft, since attendance in those formats boosts your numbers twice—they count for both Tickets and Engaged Players.

Once you’ve laid out your allocation plan, keep them separated and clearly marked to avoid confusion.

Matthew Aprim of Cool Stuff Games has a simple, effective method for this, which was shared on the WPN Facebook group. 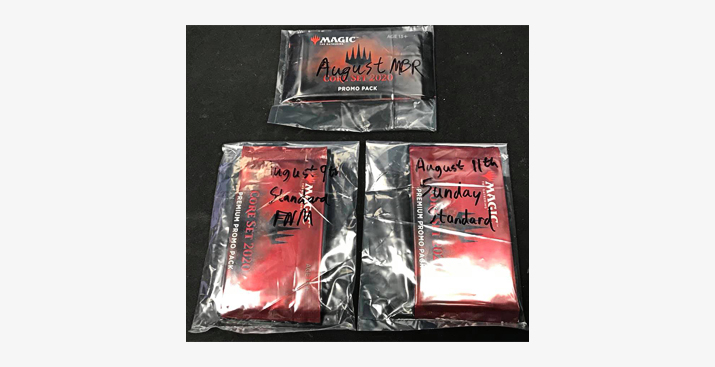 Promo Packs are put into plastic bags with the date, day of the week, and event type. Then, they’re arranged by date and stored in a box that makes them easy to grab.

Group members quickly chimed in with their take on this method, including Rhonda Becker of The Gamers Den, who goes an extra step to clearly indicate how packs are to be distributed. 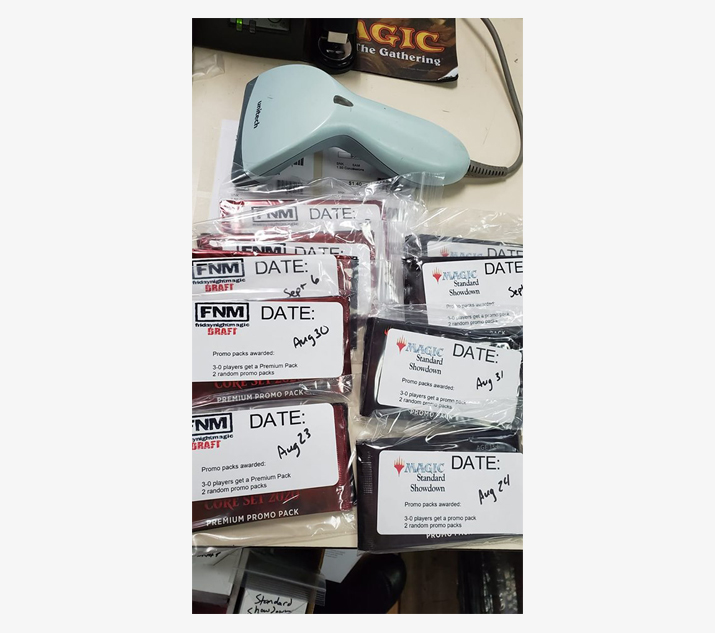 Whatever distribution paradigm you land on, the key is to make sure players know what to expect.

With the Promo Packs, you have the freedom to come up with whatever distribution method best serves your community.

You could try something like Michael Bahr's method, where one Promo Pack is put in the prize pool for every eight players in the event. Or something like the method Rhonda Becker uses at The Gamers Den, where 3–0 players get a foil Promo Pack, and two more Promo Packs up for grabs with any player.

But however you end up distributing them, keep it as close to universal as you can. The most important thing is that players know in advance.

Throne of Eldraine Promo Packs deliver this week. When you get yours, institute these three steps: allocate them, organize them, find the right distribution method and stick to it.