Kaldheim is nearly here, and with it comes some of the baddest, most unapologetically awesome characters, cards, and styles Magic has ever seen.

Players will show opponents what legends are made of with two powerful mechanics making their debut, Foretell and Boast. And unleash the power of Kaldheim’s icy expanse with the return of Snow Lands and Saga cards!

And don't forget, we’ve upgraded our digital marketing kit to include Online Storefront Assets* so you can get set up for online preorders seamlessly.

Now let's battle through the brutal Viking world of Kaldheim in Magic’s most metal set ever! \m/

You'll find Realmwalker in other Kaldheim products, but the extended, alt-art treatment is unique to this promotion.

You can give out Realmwalker for sales of the following products:

*Only Set Boosters available for Early Sale Promotion in Australia and New Zealand.

What's in a Kaldheim Draft Booster?

The best Kaldheim booster packs for drafting, one box includes enough packs to draft with up to 12 players. Just add lands to experience Magic's take on Norse mythology and show your friends what legends are made of! 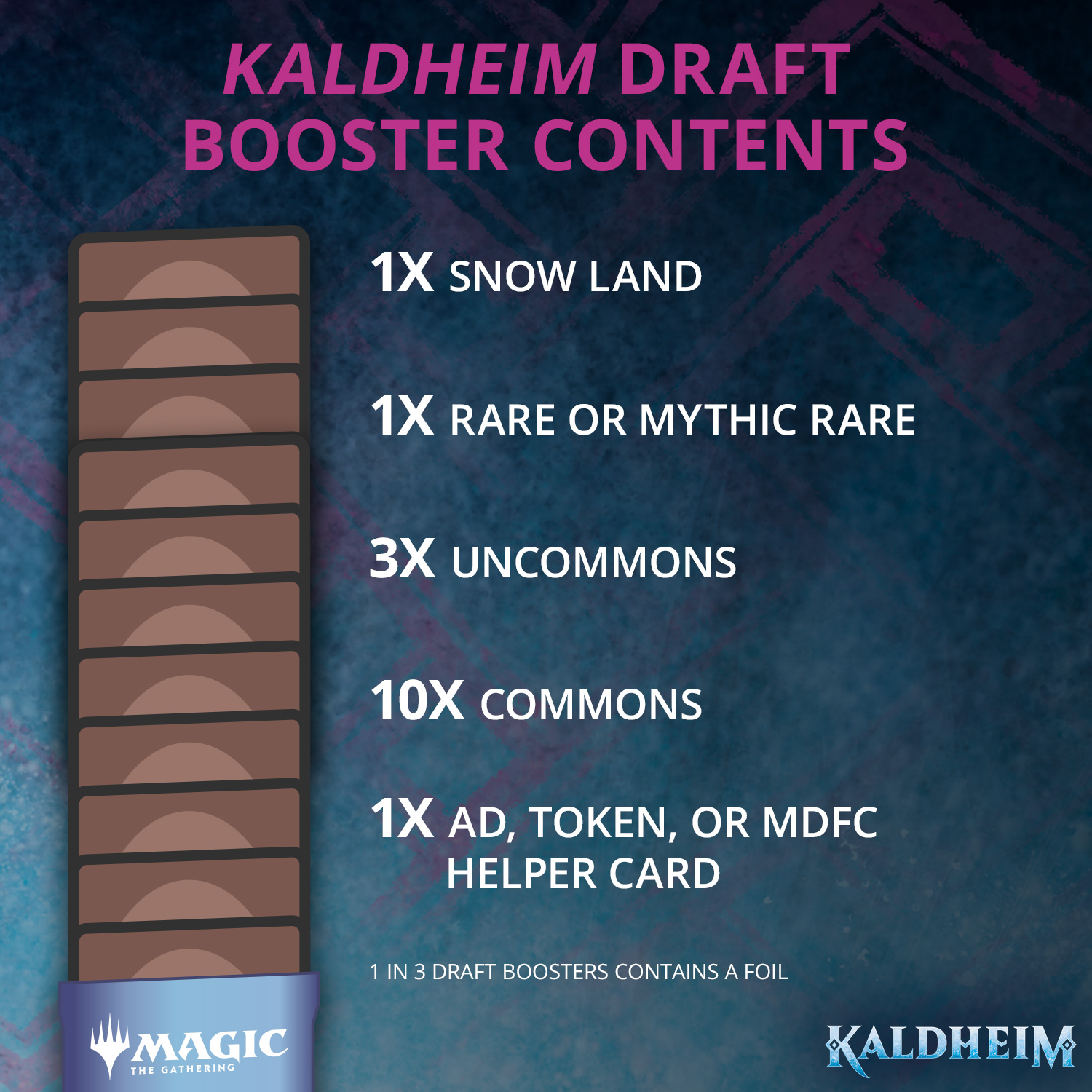 What's in a Kaldheim Set Booster?

Where Draft Boosters are built for booster drafts, Set Boosters are built specifically to be fun to open. Each one has an art card, a chance for extra rares, thematically connected commons and uncommons—some even have an interesting card from Magic's history.

If players want to draft, point them to Draft Boosters. If they want to crack packs just for the thrill of seeing what's inside, Set Boosters are for them.

We've made a few adjustments to Set Boosters for Kaldheim, including special thematic cards not found in Draft Boosters and some changes to The List.

A Kaldheim Set Booster contains 1 Art Card, and 1 Ad or special card from Magic's history (a card from "The List"). Each pack includes 1 Snow Land (15% chance of foil), 7 Assorted Commons and Uncommons, 1 Snow Common/Uncommon or Showcase Uncommon or Theme Booster Rare not found in Kaldheim Draft Boosters, 1 Wild Card of any rarity, 1 Rare or Mythic Rare, and 1 Foil of any rarity. A foil-stamped Signature Art card replaces the Art card in 5% of Set Boosters, and a card from The List replaces the Ad card in 25% of Set Boosters. 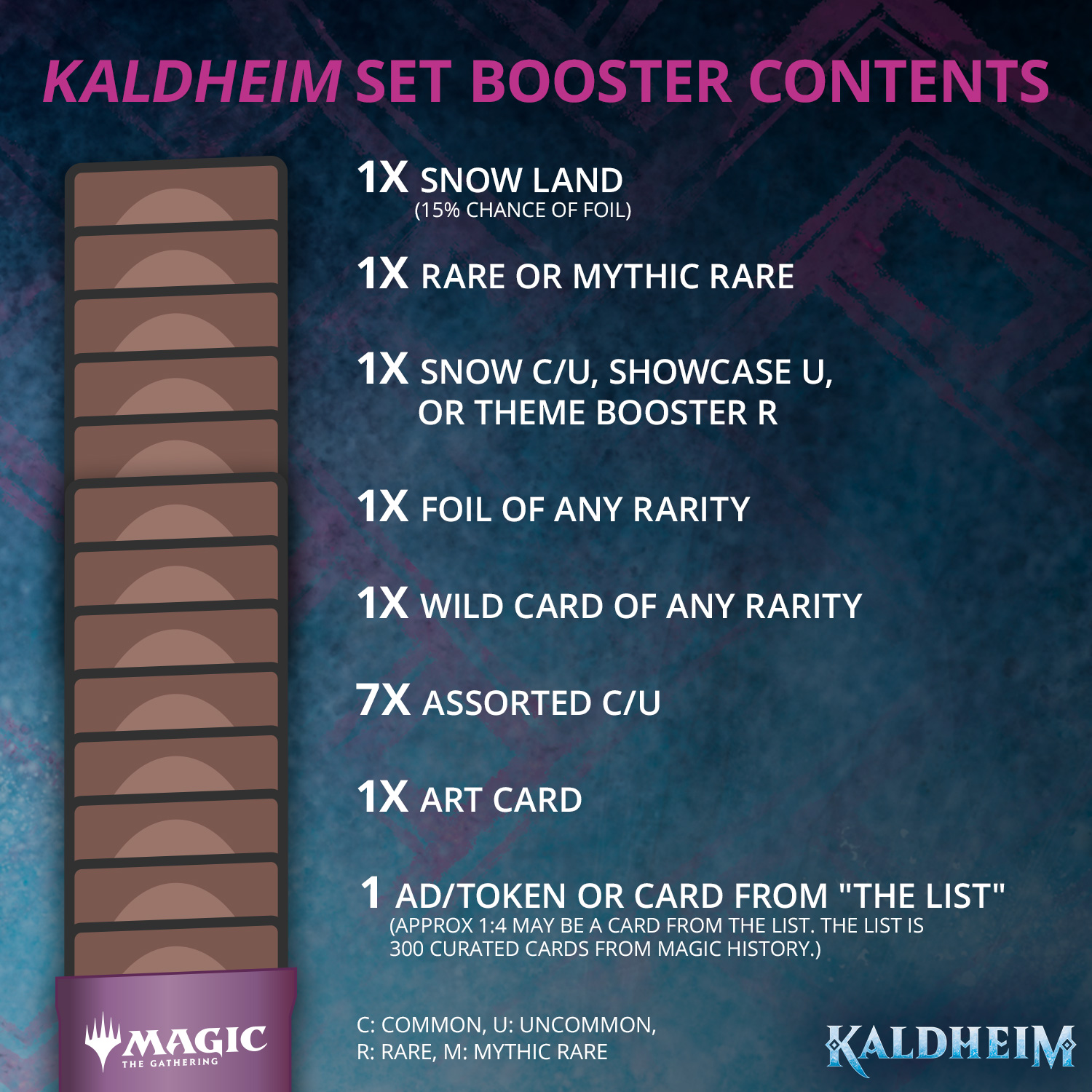 What's in a Kaldheim Collector Booster?

Collector Boosters are the ultimate way to add special card styles and hard-to-find cards to your collection. Loaded with rares, foils, special card treatments, and more—if you're looking to collect the most molten cards in Kaldheim, look no further. 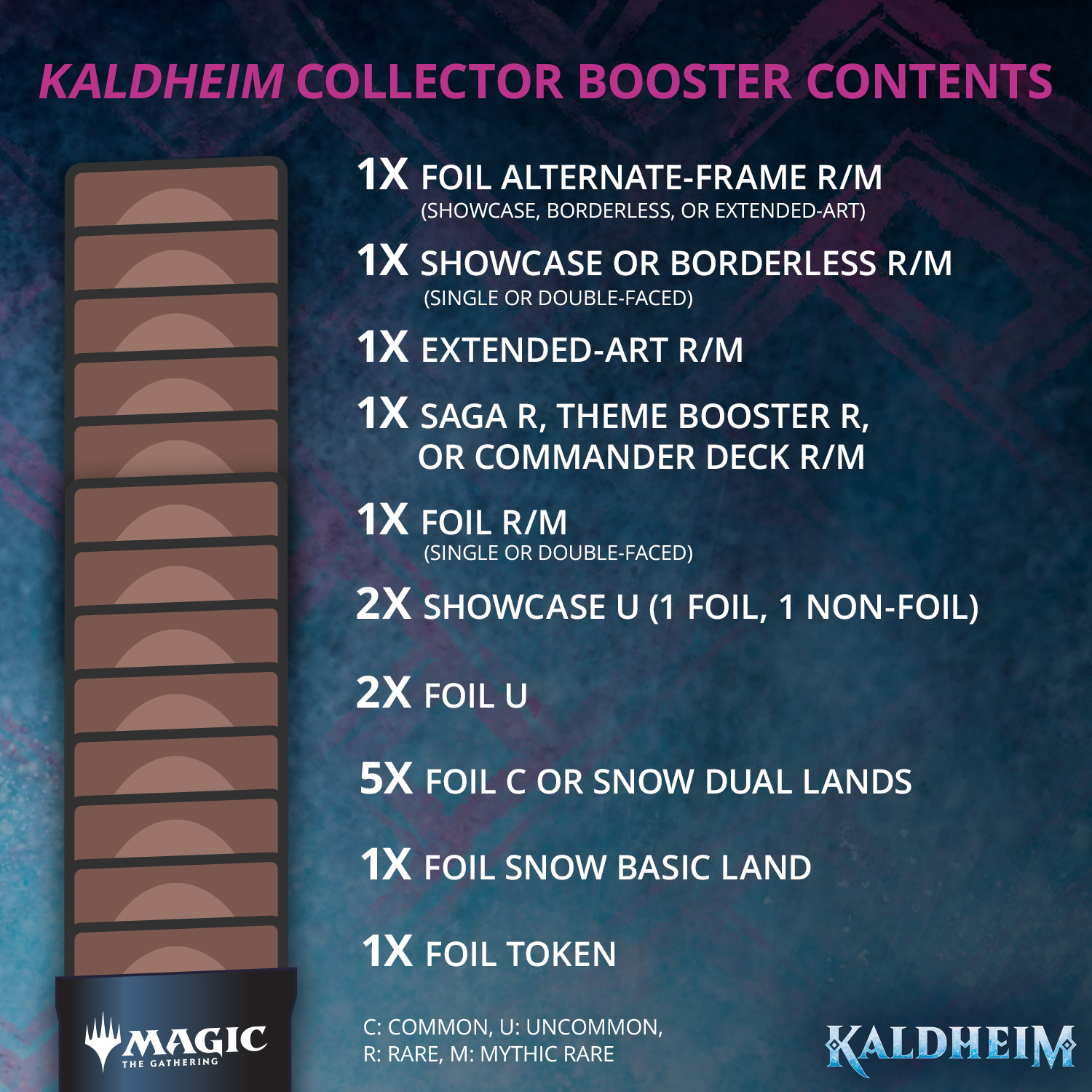 What's in a Kaldheim Theme Booster?

This curated collection of cards can include Showcase Legends and 20 cards not found in Draft Boosters. 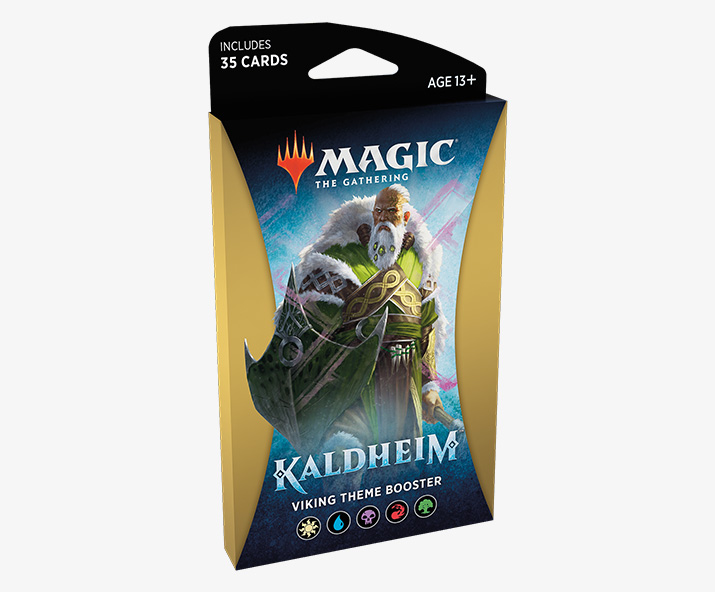 Kaldheim Theme Boosters are available in English, German, and French.

What's in a Kaldheim Bundle?

The Kaldheim Bundle promo card is an exclusive foil, alternate-art version of Reflections of Littjara. 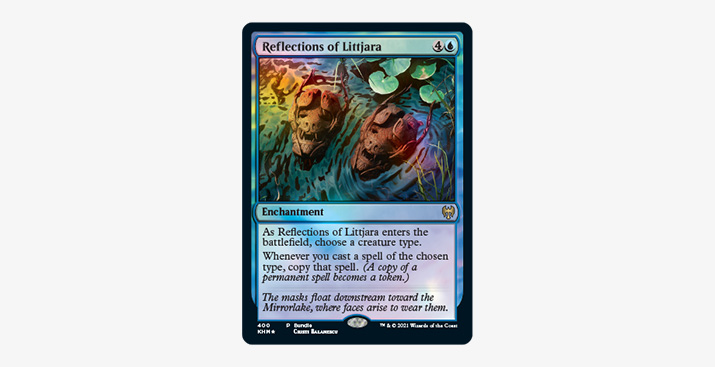 What's in the Kaldheim Commander Decks? 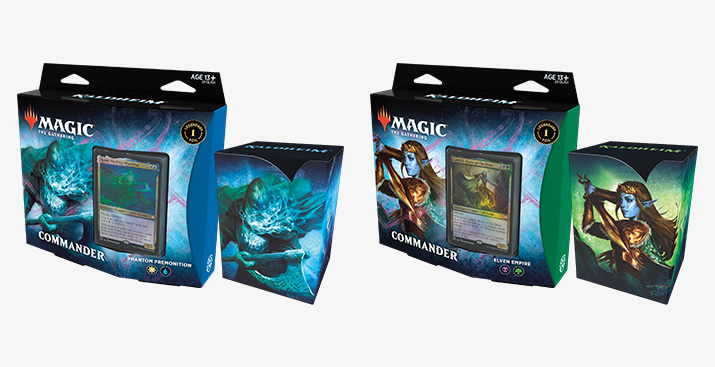